NCIC summons Raila over his madoadoa remarks in Wajir 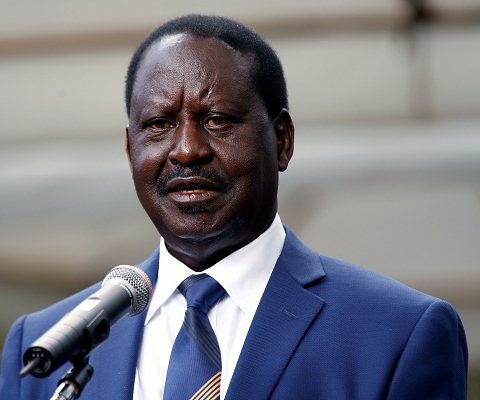 The National Cohesion and Integration Commission (NCIC) has summoned the Orange Democratic Movement (ODM) leader Raila Odinga over his ‘Madoadoa’ remarks he made during a political rally in Wajir on Wednesday.

In a statement on today, NCIC Chairman Samuel Kobia said that the Commission wants Raila to explain in which context he used the term madoadoa which is considered a hate speech in the country.

“The National Cohesion and Integration Commission (NCIC) has today summoned HE Rt Honorable
Prime Minister Raila Odinga in response to remarks made in his meeting in Wajir county on 9th March 2022.In his remarks, he mentioned the term ‘Madoadoa ‘which is considered a hate speech term in Kenya,” he stated.

“We want you to elect Azimio candidates. We don’t want madoadoa (spots),” said the former Prime Minister to his followers.

In January, Meru Senator Mithika Linturi, used the same term at a political rally in Eldoret which led to his arrest at a local hotel. He was later released after the prosecution failed to prefer charges against him within the speculated time.

Allies of the Deputy President William Ruto’s have been calling for swift action from investigative agencies as was the case for the Meru senator over similar remarks.