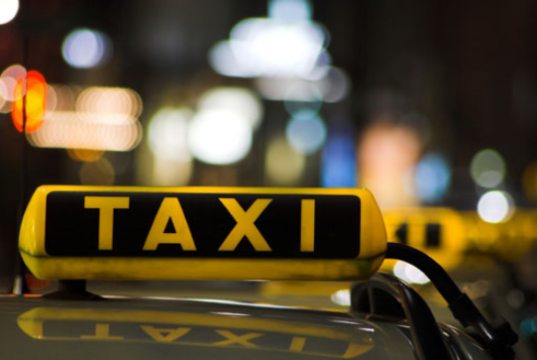 The new Cab app charges drivers zero per cent commission – it saves riders up to 50 per cent of fares, in an array of new money saving and security features.

“ShareCABTM is a state-of-the-art app, offering every facility in Kenya for app-based taxis, plus new models on ride sharing, zero commission so that drivers earn far more per ride, and a green motivation in reducing rides through sharing,” said Virscom Founder and CEO, Mwakio Ngale.

The launch comes at a time when taxi drivers have expressed increasing discontent by the very large commissions taken out of their fares by other taxi Apps. Drivers in Nairobi have also suffered in the last two years as taxi fares have fallen.
“No taxi App can deliver the breadth of drivers for any rider who books a call, if the drivers themselves are losing money or earning too little to respond to bookings,” said Mwakio.
“For a taxi App to serve riders with prompt pick-ups and motivated drivers, drivers themselves need to be properly rewarded, and riders need to enjoy competitive fares.”
With ShareCABTM, drivers pay zero per cent in commission, and also earn more as riders share, gaining up to 38 per cent on combining passengers on the same route, even as the passengers themselves travel for less. Instead of taking commissions, the App takes a flat rate membership fee of Sh2,000 a month from drivers, who typically earn from Sh40,000 and upwards, making for a fee equivalent to 5 per cent, and often far lower.
Riders get discounts of up to 50 per cent by sharing rides, putting ShareCABTM into new space for competitive pricing, from base fares that are anyway pegged at industry norms.

“My motivation was to create a platform where costs can be drastically reduced for customers and increased for drivers, in a combination that was smart and also improved on our carbon footprint. At the end of the day, every shared ride will make a better environment for our kids,” said Mwakio.
ShareCABTM, which was built by a team of Kenyan developers, also offers new features offered by none of the existing international apps, including an SOS button, that instantly calls police and loved ones if riders see or experience anything untoward during a ride.
“Watching how other taxi Apps were evolving, we were struck by the need to add extra security to our own App, over and beyond the map tracking and driver vetting, as a facility that could get instant help in the case of any issue at all,” said Mwakio.
ShareCABTM is also placing a strong emphasis on the benefits for every one of taxi sharing.
The World Health Organisation (WHO) lists Nairobi as among the global cities with rising air pollution, in a scourge it estimates is causing more than a million deaths a year worldwide. In this, car exhaust fumes contribute to 40 per cent of the particulate matter in urban air pollution, according to a UN report ‘Actions on Air Quality’.
ShareCABTM, which is available on Google play store, is user-friendly and allows riders to choose either to share a ride to get large discounts, or to ride solo for personal comfort.

“If you choose to Share, the in-App features gives the first customer the privilege to select who to share the ride with after a quick view of the customer’s profile during the shared ride request. The selections take seconds and saves up to half a fare while leaving speed unimpaired,” said Mwakio.
In order to guarantee near zero security issues for both riders and customers, ShareCABTM has put in place a very stringent vetting program that ensures they have the right type of drivers operating on the platform. “We collect the drivers’ copies of Certificate of Good Conduct, KRA certificate, national ID and passport size photographs. We have also partnered with an agency that assists us with the drivers’ background checks,” said Mwakio.

For riders, the app allows them to vet other ride-share customers, so that if a rider sees a profile they find worrying, they can deny the share request and it’s queued to a different rider.

ShareCABTM is initially being launched in Nairobi, and across Kenya over the next six months. Within a year, the app will expand to international markets, including South Africa, Nigeria, San Francisco, Dubai and Toronto.