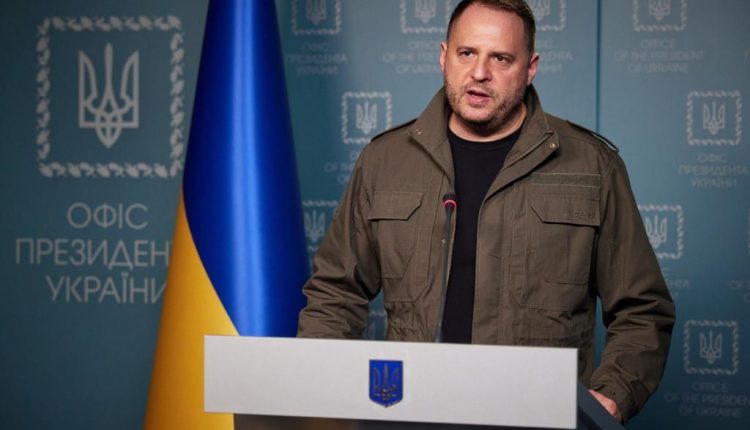 Ukraine’s President Zelenskyy’s right-hand man and Head of the President’s Office of Ukraine, Andriy Yermak, revealed in a tell-it-all interview with Kenyan digital news platform, TUKO the reason for the global rise in the cost of commodities.

The interview, which sought to encourage bilateral relations with African countries, discussed the current impact of the war on Africa and explained how Africa’s support can greatly accelerate the restoration of food supplies to end the raging food crises on the continent.

Mr. Yermak likened Ukraine’s agitation for liberation from Russia to Africa’s fight against European colonialism, and that while Africa might think she is liberated, Russia’s subsequent attack and intent to colonize will only trigger a chain reaction of chaos across Europe into Africa.

Mr. Yermak has stated that Russia has purposefully imposed a blockade on Ukrainian ports in the Black and Azov seas to prevent the export of Ukrainian food. This is already causing a rise in global food prices especially since Ukraine has traditionally been one of the main suppliers of wheat, sunflower oil, corn, and other products.
“Only Russia is to blame for the problems in the global market. … Russia’s been stealing grain in the occupied territories and trying to sell it by way of smuggling. At the same time, it’s been blocking Ukrainian ports, preventing grain export.

All the food that Ukraine used to supply to Africa usually went through our ports. Any other route is much more difficult, longer, and more expensive. Finally, Russia’s been carrying out rocket attacks on our grain terminals. This is not just non-market competition. The destruction and restriction of access to food are crimes
against humanity. Moreover, Russia’s not only blocking the export of our grain but also limiting
its own export.”

“The aggression against Ukraine is an aggression against the whole world. It is not that I assume that Africa could be drawn into this war, I’m sure that Africa is already in it. …The combination of high inflation and production decline is the worst for Africans. Many people are losing their jobs while prices are skyrocketing. Consequently, there would be a drastic rise in crime rates, unrest, and even war will become almost inevitable.”

The more harsh and unified the response of most countries of the world to Russia’s crimes, the more secure the people of Africa will be. 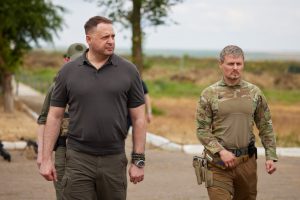 “It’s in the best interests of all the nations of the African continent to support the efforts to subdue and punish the aggressor. Your voice in international organizations is essential, as well as joining in the sanctions against Russia. To hasten Ukraine’s victory and the end of the war. It’s important to prevent the war from spreading to other countries and regions of the world. When peace comes, it’s in our mutual interest to expand our economic cooperation in order
to mutually reinforce our enormous economic potential.”

According to UN analysts, Russia’s actions could lead to famine and instability in dozens of countries. This has been tagged a deliberate criminal blackmail on Russia’s part.

The rise in food and energy prices translates to higher prices for all goods. Mr. Yermak named three steps to cope with the food crisis: “The first one is to de-occupy Ukrainian territories. For this, we need weapons, and we’re getting them. The second one is to de-block the ports. We are working on this through both negotiations and military means, gradually destroying the Russian fleet. The third one is to massively expand international sanctions against Russia.

Its blackmail must be met with coordinated economic pressure. As a result, only a total military defeat of Russia will deprive it of the opportunity to continue provoking global crises.”

Mr. Yemark has appealed to the average African to stand on the side of truth and be on the side of Ukraine. He asked, “To tell everyone the truth. That Russians behave like occupiers, who they are, no matter what picture the Russian propaganda shows. Their soldier’s rape, kill and rob. The state behaves like a marauder. Because of them, our citizens are faced with a humanitarian catastrophe. People are illegally kept in filtration camps. Tens of thousands of people are deported from the occupied territories to Russia’s depressed regions. They are being stolen. Including children.”

Bringing the interview to a close, Mr. Yemark reiterated the country’s similarities with the African continent. “Our people are very brave. Courage is the trait we have in common with the people of Africa. We cannot be conquered with words or weapons. We always want freedom. The Ukrainian people are fighting for their freedom and are ready to continue doing so. This is the primary motivation – to expel the invaders from our land. I am sure that this is familiar and close to African people.”

Courtesy of Tuko for The East African Business Times

How A Fish Project Has Helped Tackle Malnutrition In Uganda