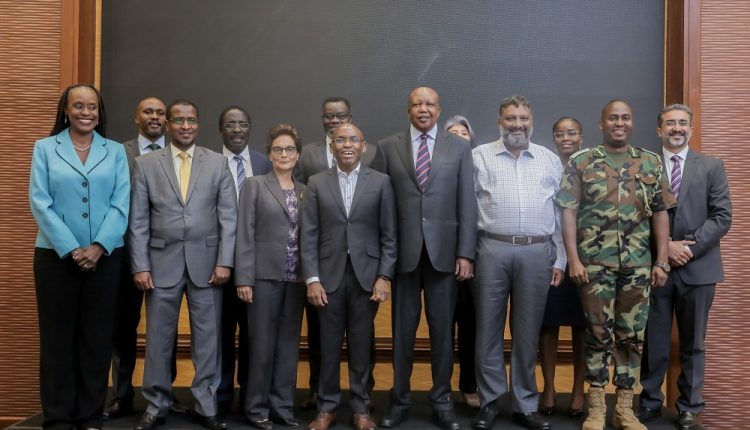 The National Drought Steering Committee in collaboration with the National Drought Management Authority is working towards ensuring that drought emergencies are dealt with conclusively. The committee appointed by President Ruto is led by Chairman Peter Ndegwa, Safaricom CEO, and his fellow volunteers.

Having launched the Wakenya Tulindane Campaign that calls for citizens’ involvement in assisting our fellows to sustain the challenges they face in their daily through contributions and support by any means possible. The campaign comes at a time when the current rains were sparse and shorter than expected hence 65% crop failure being registered in marginal agricultural areas.

These reductions in the amount of rainfall received have been highly caused by the climate change crisis that has become an unceasing pain in the communities that were dependent on farming or livestock for survival. The government has intervened to support the local mwananchi especially the most affected communities dealing with the situation of starvation and drought at hand.

The International Communities have also played a major role in supporting the fight against the drought and starvation faced within the country. As 89 non-state actors have been involved in drought response in ASAL counties (44 International NGOs, 36 National NGOs, 3 Red Cross, and 6 UN they have in total generated up to Ksh 47.865 billion.

Wakenya Tulindane has launched an appeal fund seeking support from volunteers to support the communities facing dire consequences of drought and climate change. National Drought Mitigation Fund has been set up through KCB Bank to support the affected communities.

“I call on media and various stakeholders to assist us to keep a tab on the happenings and delivery as the steps towards ensuring trust and transparency of delivering the relief support are followed up on to make this a successful fight against drought and starvation amongst us,” said Mr. Peter Ndegwa CEO of Safaricom.

How One American Company Is Aiding the People of Kenya