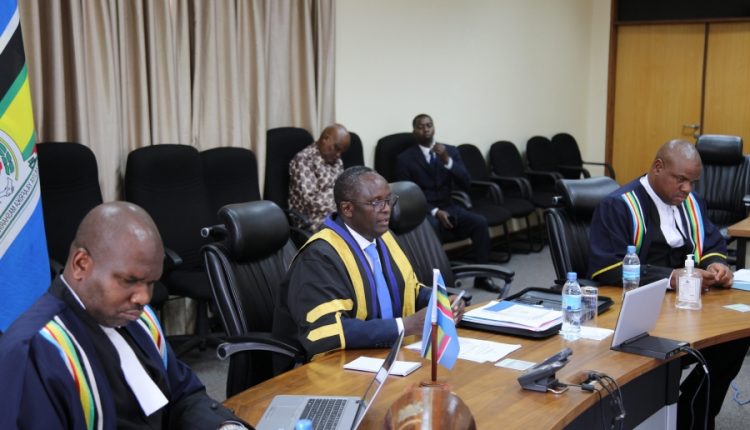 The East African Legislative Assembly has approved the EAC Budget Estimates for the Financial Year 2020/21, amounting to USD 97,669,708, at a Special Sitting held virtually. With it, the Assembly further enacted the recommitted EAC Appropriation Bill, 2020.

Of the total approved budget, the Assembly reallocated USD 518,050 to other activities considered pertinent to the integration agenda, given the available resources.

Subsequent passage of the EAC Budget now puts to an end the prolonged process which commenced in September 2020. In September 2020, EALA enacted the EAC Appropriation Bill, 2020, appropriating a total sum of USD 104,063,020, for the Organs and Institutions of the EAC. The EAC Partner States however raised reservations on the variation of the budget estimates, necessitating the return (recommittal) of the said piece of legislation to the House. The House adjourned in December 2020, before reconsideration of the EAC Appropriation Bill 2020.

The 2020/21 EAC Budget is anchored on the Budget Speech themed “Stimulating the economy to safeguard livelihoods, jobs, businesses and industrial recovery” initially presented to EALA by the Chairperson of the EAC Council of Ministers and State Minister for EAC, Republic of Rwanda, Hon Prof Nshuti Manasseh.

According to the Chair of Council of Ministers, the Budget estimates (of USD 97,669, 708) were presented at a time the EAC region as well as the globe, continues reeling from the effects (and after-effects) of the COVID19 pandemic, leading to lockdowns and a slowdown in economic activities.

Hon Kennedy Kalonzo said it was necessary for the report to be passed and Budget appropriated to the Community to move forward. He implored Council of Ministers to do what is humanely possible, in the coming Financial Year to ensure the upcoming budget 2021/2022, is presented to the House in good time.

Hon Kennedy Mukulia said it was the sole responsibility of the Assembly to pass the Community’s budget as per various tenets of the Treaty (article 132(2) and the EAC Budget Act 2008. “It is on this basis that the Committee on General Purpose scrutinized the budget, taking in to consideration the positive attributes and feasible aspects of the Budget”, the legislator maintained.

EAC Cabinet Secretary for Kenya, Hon Adan Mohammed, took the same position reiterating the contentious issue as understood, had remained the specific line items within EALA, given that the overall ceiling was already agreed upon. He said it was important for the Council of Ministers not to be seen to be micro-managing for so long, as the established budget ceiling was not surpassed. “The expenditures that Partner States commit to is what we stand by, and if the contentious issues are the days of sitting, then let us allow EALA to proceed in that manner”, he said. On his part, Deputy Minister for EAC in the United Republic of Tanzania, Hon William Ole Nasha, said Tanzania’s position had and will remain aligned to the position of the Council of Ministers’.