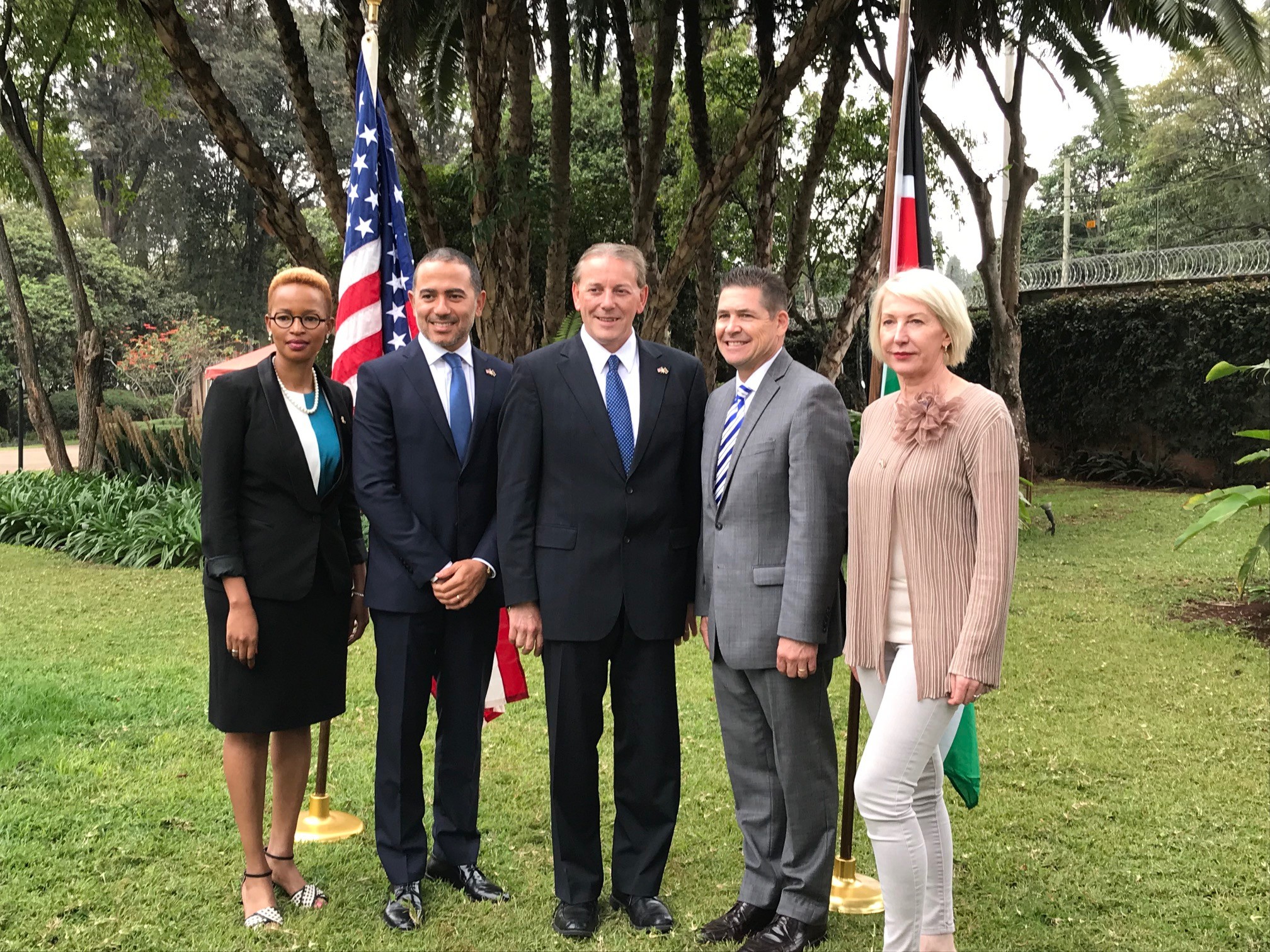 Abbott, a leading global healthcare company, on Thursday, announced the opening of its second office in sub-Saharan Africa at The Watermark – Nairobi Garage Business Park.

The new office will function as the headquarter for the company’s operations in East Africa, and is intended to support expanded growth opportunities for Abbott, both locally and in the region. Abbott’s other office in sub-Saharan Africa has been based in Johannesburg, South Africa, since 1940.

“We are delighted to see American companies like Abbott increase their commitment to working with local governments and the private sector to accelerate the economic growth and prosperity of the region.”

As the population and economies of the East African Community continue to grow, its member states are increasingly focused on strengthening their health systems in order to improve the health outcomes of their people, their most important resource, and the future of Africa.

“Abbott is deepening its long-standing commitment to Kenya, and to East Africa as a whole, by increasing our resources in the region,” said Damian Halloran, vice president, Infectious Disease-Emerging Markets, Rapid Diagnostics, Abbott.

“We are working with governments and stakeholders in the region to realize sustainable healthcare so that people in all places and stages of life can achieve more, and live not just longer, but better lives.”

With more than 75 years of heritage and an ongoing commitment to Africa, Abbott is advancing science and technology to constantly shape new methods of care and improve treatment standards across the continent. Examples of Abbott’s support of East Africa include:

1.Kenya– Abbott’s Diagnostics businesses have supplied millions of rapid tests for HIV, malaria and hepatitis; Abbott core laboratory and molecular systems at multiple sites analyze high volumes of test samples that are critical to the health and well being of all Kenyans. In 2016, Abbott’s Established Pharmaceuticals business invested in a local manufacturer, acquiring several products developed for keeping children healthy. Since 2009, Abbott’s nutrition business has provided trusted and scientifically-proven nutrition solutions to help Kenyans of all ages live stronger and healthier lives.

2. Tanzania– Since 2001, Abbott and the Abbott Fund have worked closely with the government of Tanzania to strengthen the country&#39; s healthcare system. With more than $130 million invested to date and the contributions of specialized Abbott experts, this unique public-private partnership is finding sustainable solutions to critical healthcare challenges – elevating testing, treatment and care for people across the country. As part of this initiative, Abbott has helped upgrade patient testing and care at the country&#39; s largest public hospital and created the first emergency medical facilities and residency program in East Africa.

3. Rwanda– Abbott is collaborating with the Ministry of Health to establish a new model for the decentralization of healthcare to reach people in rural areas. Abbott is providing technical expertise and funding a pilot program of second-generation health posts that will deliver a wide range of primary health services for prenatal and pediatric care, testing and treatment of infectious diseases, and wound care.