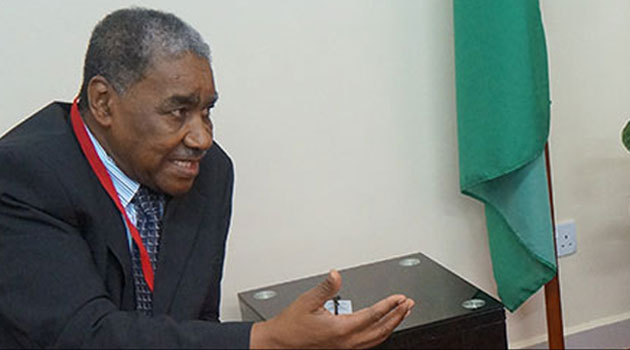 About two hundred legal luminaries from Africa met in Arusha early November last year, to discuss a number of hu- man rights issues as part of the Second African Judicial Dialogue of the African Union under the theme: ‘Connecting National and International Justice’ in view of the increasing need for trans- boundary access to regional courts of law.

The conference was graced by Tanza- nia’s former Prime Minister, Mr Mizengo Pinda who noted in his keynote address the steady growth in Africa for people to turn to regional courts in their quest for justice. A lawyer himself, Mr Pinda said the trend called for the standardization of the study, knowledge, skills and theory of law known as jurisprudence.

Discussions were divided into several sub themes, including the Creation of continental judicial networks; Compliance of decisions of regional courts or mechanisms through national courts and, Continuing Judicial  Education.

Others were Incorporation of technology in court processes, procedural reforms or innovations in judicial processes that enhance access to justice and ensure protection of rights; Creation of special court divisions and, Quality management systems for courts.

development of application forms, waiving of filing fees and provision of mobile courts.

justice and superior judicial efficiency. In Tanzania, that approach has proved its mantle through the Commercial and Land Divisions of the High Court and the Land Tribunals of the lower courts.

But the conference’s radical recommendations were perhaps those deliberated on under the sub theme: Quality Management Systems for Courts. Discussing the topic, the participants recommended the creation of special funding mechanisms to be managed by the judiciary that would be responsible for the salaries and emoluments of judges and registry staff.

They also called for the establishment of independent oversight mechanisms such as Judicial Administration Councils and Judicial Service Commissions. This is very important if the courts indeed, are to enjoy broader public trust and be held accountable where they perform contrary to expected

Action against the judges in Ghana implicated in the recent allegations of bribery was taken quickly partly due to the recommendations of the country’s Judicial Council to the government.

The participants also urged African Union Member States to decentralize judicial administration while maintain- ing coordinated reporting systems. They also proposed the undertaking of back- ground checks for candidates for appointment to the judiciary in order to verify their credentials. That recommendation reminded the writer of allegations in Tanzania that at least one High Court Judge was appointed to the post before he was even a qualified lawyer and only started reading law after he was sitting at the

The conference also called on judicial systems to require regular declaration of assets as a way to curb corruption and the development of a participatory system to evaluate judges involving their peers and the public and reward good performance.

They also recommended the need to have mechanism for obtaining feedback from the public on the reforms they wish implemented in order to improve transparency and increase public confidence in the judiciary. It is a cardinal maxim of law that justice should not only be done but be seen to

be done. Victorious or not, nothing is sweeter that leaving a courtroom with the feeling that eyes, justice has been one. It therefore becomes a travesty of justice when the opposite is the

event on the African Union€™s calendar. It is only fair to conclude that

look or turn back on its record of human and peoples€™ rights.

EAC day is gone, so why didn’t we hear about it from our leaders