EAC day is gone, so why didn’t we hear about it from our leaders 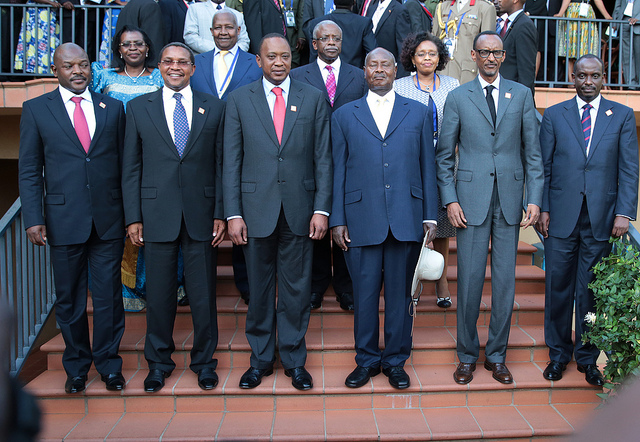 legislature, few people cared about November 30, which came and went â€“ and

with it the opportunity for East Africans to celebrate their unity.

Rwanda. But this is an occasion that ought to have attracted a lot more attention across the region, spearheaded by the East African Community

(EAC) Secretariat. The day provides the ideal opportunity for all

have revealed that there is a dearth of knowledge to do with regional initiatives. This is despite the many strides that have been made toward integrating the economies of the five partner states â€“Kenya, Uganda, Rwanda, Burundi and Tanzania.

More people need to be involved in craft- ing the way forward, from students

to professors and traders to artisans. Indeed, there is much to celebrate. There is both a Customs Union and a Common Market in place. The full im- plementation of the East African Monetary Union is scheduled for 2024, when the single currency regime is expected to take effect. And there are

already moves to prepare the ground for eventual political federation thereaf- ter. There is also a lot of work that has gone into harmonization of standards, laws, operating procedures, manuals and other details that affect specific sectors. This has been done with the collaboration of national ministries

and institutions. It has also taken up much commitment by EALA. Much has been achieved, but more remains to be done to harmonize all possible

sectors. But there have also been numer- ous obstacles, which have sometimes seemed to

be insurmountable. The non-tariff barri- ers (NTBs) are a never-ending

problem, perhaps the most intractable of the challenges the Community faces today. Every time the partner states agree to get rid of some NTBs, new

ones crop up to take their place. It is a matter that puts into question

the commitment of the region to operate as one Common Market.

But there are other serious areas of dis- agreement as well. The pace of integration has raised concern, to the point of near break-up as countries aligned themselves into those of the coalition of the willing€ against

those perceived to be dragging their feet. This has sometimes poisoned the political environment and hindered progress. It has also wrought confusion as countries move unevenly in the inte- gration effort.

Rwandans, Kenyans, and Ugandans can now visit each other with ease and do

not need passports to do so, yet this does not apply to Tanzanians and Burundians. While this is acceptable within the framework of the EAC

Treaty, it does not augur well for rela- tions between our sister states.

Land is yet another emotive subject. There are perceptions that this important resource may end up being monopolized by those from more ad- vanced

economies who have the capital, to the detriment of local communities. Yet,

if we are truly integrating our econo- mies, how can any country open up some

areas and refuse to do so with others? Politically, there has been a lot of good- will among our leaders, which has somewhat made it easier to conclude many of the protocols and agreements signed. But this has also come at a cost â€“that our leaders will shy away from criticizing each other even where the situation clearly demands it. A pertinent example is Burundi, where

President Pierre Nkurunziza’s greed for power is slowly driving the country toward genocide.

Moreover, the stifling of democracy has not raised the ire of any of our

leaders. Instead, each of them is busy entrenching their own positions,

often through blatant disregard of dem- ocratic principles and processes.

Weak national institutions are not the way to go; instead, the region

should be finding ways of strengthening national and regional institutions

that will provide checks and balances in a future federation.

These are issues that need to be debated by all East Africans.  Hopefully,

those concerned will seek innovative ways of increasing awareness and raising debate, including making use of the EAC Day in future.