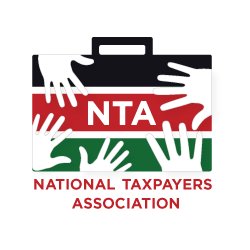 The National Taxpayers Association  this Wednesday, raised concern over the massive and widespread wastage, corruption and mismanagement in the counties, calling for prudent management of public resources for improved service delivery to all citizens.

Releasing its detailed analysis of the Auditor General’s Audit Report of the 47 Counties for the Financial Year 2016/17, the Association noted that many counties have continued to report loses of public funds, at a time when the North and North Eastern parts of Kenya continue experiencing hunger.

“There has been an uproar both offline and on online media platforms calling for prudence in financial management, accountability, professionalism and ethics in the management of resources and governance at both levels of government,” the statement says in part.

“This report comes at a time when a number of counties in Kenya are experiencing drought and famine. We have seen our fellow countrymen succumbing to biting hunger in 2019. Yet, the dream of the East Africa’s founding presidents at independence was to eradicate hunger, disease and ignorance.”

NTA says while most marginalized regions in the country were expected to be developed cognizant of devolution and creation of the Commission for Revenue Allocation, little progress has been made in counties like Turkana, Baringo and Wajir, which are some of the hardest hit with drought.

“The wanton wastage is unacceptable as 12 out of 47 counties have a disclaimer opinion from the Auditor General. These counties are an insult to all taxpayers and make a mockery of the austerity calls from the presidency.”

NTA has thus started an advocacy group Chambua, to sustain the fight against corruption, wastages and mismanagement while envisioning a country where public resources are managed prudently.

The Association recommends that the treasury activates Article 225 of the constitution and section 94,95 and 96 of the Public Finance Management(PFM) Act that demands that these counties only receive 50 percent of their budget until they address the highlighted audit queries.

Treasury must cease from saddling taxpayers with debts until it demonstrates that it has made use of all provisions of the law that allows it to manage our taxes prudently, the Association says, demanding for better services, better governance and better financial and resource accountability from office holders.

RwandAir to be the first African airline to trial IATA…