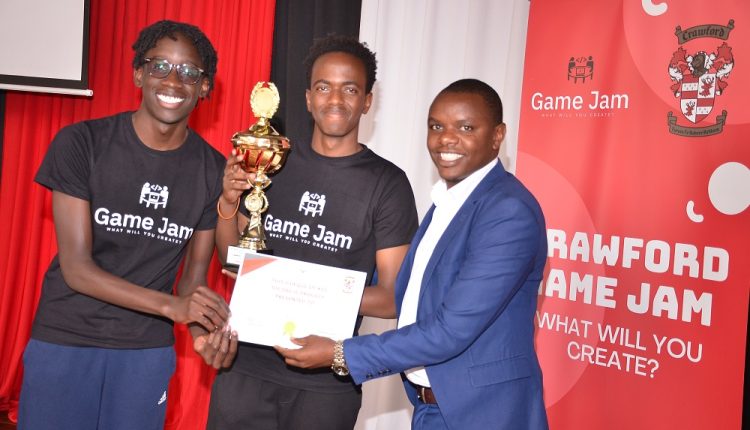 The competition attracted 18 teams from 11 schools in Nairobi and Kiambu counties. The three-day competition themed ‘‘To create, play and learn’’ had learners aged between 12 and 18 develop video games from scratch.

The first team won Ksh100,000 while the first runner-up team bagged Ksh60,000 and the second runner-up team received ksh30,000. The event was aimed at inspiring Kenyan students talented in gaming to develop their own games and compete with other schools. The contest is an avenue for learners to build networks
and bonds that will enhance their coding, graphics, language, and art skills.

Ezekiel Kagunda, Head of Marketing and Communications at Crawford International School said, ‘‘The inaugural event was a success. There were 18 unique video games developed in three days. Judging was done based on four key areas which are programming, graphics, sound, and gameplay which needed to showcase the teams’ innovation, quality, and completeness of the games.’’

‘‘Students through the help of industry experts should progressively build their prototypes to perfection and copyright as income-generating ventures. We intend to gradually grow the event to a national competition to foster countrywide innovation among teenagers,’’ concluded Ezekiel.