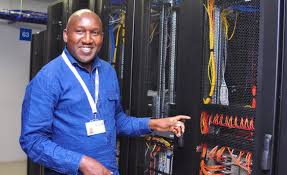 East African Data Centre (EADC) in Nairobi has announced it will host a new network point of presence (PoP) for British Telecom (BT), one of the world’s leading providers of communications services and solutions.

BT has been operating in Sub-Saharan Africa since 1992, delivering managed networked IT services for multinational companies operating in the region and providing expertise to the national operators to improve their retail and domestic market offerings to their respective citizens.

EADC has transformed data handling within East Africa, greatly reducing delay between points on a network, improving data services, and making the transfer of data across networks easier by being a carrier-neutral facility, housing telecom providers and ISPs.

“The need for swift and secure local data and interconnection ties in with the government’s master plan, which is futuristic, clear and supportive of ICT Investments. It will ease the cost of doing business in Kenya, attracting multinational companies and direct foreign investment into Kenya as a gateway to East Africa,” he said.

By opening a new network PoP at EADC, BT gives its multinational customers active in Africa the ability to further reduce latency in data flows by accessing its services in East Africa from a hub located in the region.

“In Sub-Saharan Africa, we serve more than 300 customers. It is essential for us to follow our customers and reach into the areas where they want to grow while supporting them through their digital transformation journey. We collaborate with EADC and leverage its infrastructure, regional presence and ability to meet the high service-level agreements (SLAs) that we have in place with our clients,” said Kevin Hardy, managing director, BT in Africa.

The new PoP will support Internet, LAN services and Multiprotocol Label Switching (MPLS). BT will also be able to provide secure storage for business servers at EADC as well as hardware hosting for its international clients.

“By setting up its PoP in a facility that allows interconnection between multiple telecommunication providers, BT benefits from an easy reach to other local and international carriers, as well as from an increase of its footprint in East Africa and a linkage to the Kenya Internet Exchange Point (KIXP), which is also housed within the EADC,” said Kwach.

Opened in 2013, EADC is a Tier 3 facility built to the specifications of the Uptime Institute, a globally acclaimed data centre certification body that focuses on the design of mission critical facilities in order to deliver uptime and operational sustainability.

How connectivity could lead to job creation in Kenya