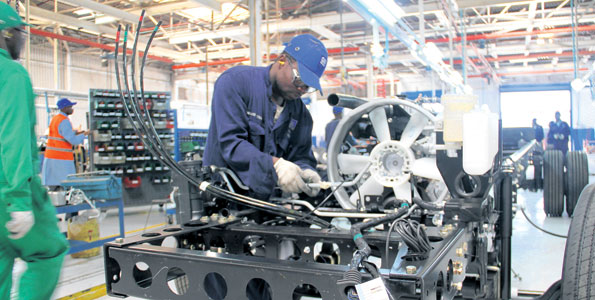 Japanese auto maker Isuzu Motors Limited, has taken full control of General Motors East Africa (GMEA) as it seeks to expand its commercial vehicle production and sales in the region.

Isuzu will now own 57.7 per cent of the shares becoming the largest individual shareholding in the company. The deal which is still subject to approval, will see the Japanese company take over the management of the company with GMEA’s company name changing to ‘ISUZU EAST AFRICA’ as from April 2017

Speaking at a press conference at GMEA’s headquarters in Nairobi, Kenya, Shinsuke Minami, Isuzu Motor’s Executive Officer, Division Executive, International Sales Division no 2, said the acquisition  will enable Isuzu maintain its overwhelming brand share in the market, which has been built by GMEA over the years.

Isuzu, he explained, aims at further improving quality, vehicle sales expansion and after sale service through its vast experience in the business. “Isuzu will provide the company with the much assistance in the fields of personnel training, manufacturing technique and enhancement of Aftersales business.”

For more than 40 years, GMEA has been engaged in assembly and sales of Isuzu-badged-light and mid-duty trucks and buses as well as the import and sales of pickups and passenger cars such as Chevrolet. The company has in the last five years, maintained the top share in Kenya’s commercial vehicle market at 35.4 per cent.

On his part, Mario A. Spangenberg, president and managing director of GM Africa and Middle East Operations and current chairman of GM East Africa, said that the acquisition was the next step for the business, given that approximately 95 percent of its sales in Kenya are Isuzu products.

“We are responding to a request from Isuzu, which will enable it to be fully integrated into the company and apply more focus on its brand,” said Spangenberg. “The company will continue to ensure that after sales and service support is provided to all Chevrolet customers.”

Current GM East Africa Managing Director Rita Kavashe said the business will transition to the new ownership structure over the coming months.  Ms Kavashe also confirmed that the transaction will not impact on jobs. The other shareholders in the company retain their current shareholding: Kenya’s Industrial and Commercial Development Corporation maintains its 20.0 percent shareholding, Centum Investments with 17.8 percent while Itochu Corporation retains 4.5 percent of the shares.

Travel Outlook in the Post-COVID-19 Lockdowns