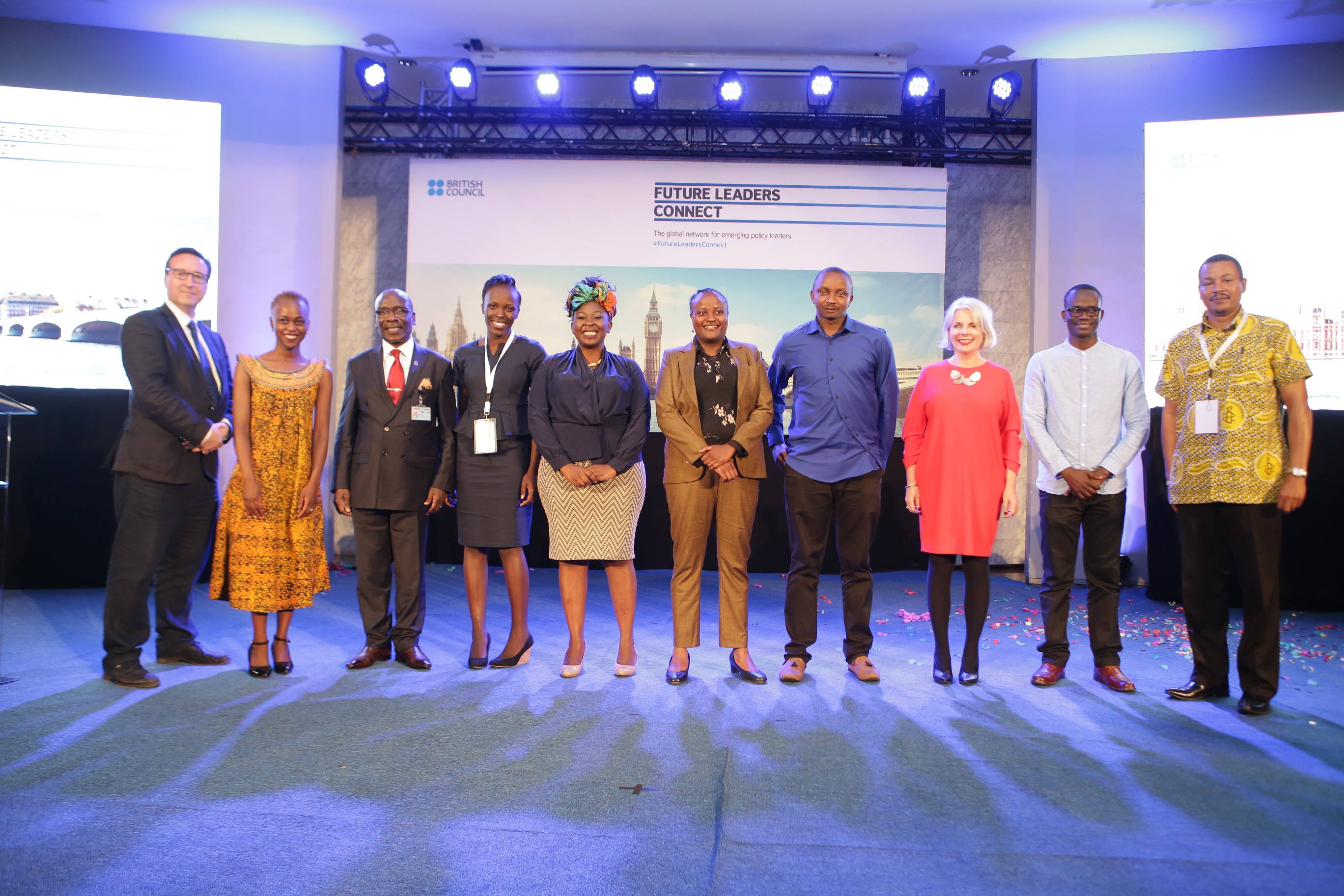 Eight young people from Kenya were given just six minutes to persuade a panel of judges how their ideas could make their country and the world a better place.

They were competing for places on Future Leaders Connect, a major initiative run by the British Council – the UK’s international organisation for cultural relations and educational opportunities. The prestigious programme aims to develop the next generation of globally connected leaders who will create positive change through effective policy making.

Fifty winners, selected from more than 15,000 applications around the world, will travel to the UK in October to undergo advanced leadership training at the Møller Institute, University of Cambridge. They will meet with British MPs at the Houses of Parliament and other international leaders to discuss their policy ideas.

In 2017 and 2018, young applicants globally chose access to education as their most important policy area. Other top issues highlighted were sustainability, climate change and the environment, and youth opportunities.

Young competitors at the TED-X event at the University of Nairobi auditorium on August 8, 2019 each gave a six-minute speech explaining their policy idea, what impact it could have and why they were the right person to lead the change they envisage. More than 1300 young people from Kenya applied to join the global network of emerging policy leaders.

Sir Ciarán Devane, Chief Executive of the British Council, said: “An international outlook is vital for future leaders of all countries to understand and overcome the challenges our changing world presents.

“Future Leaders Connect supports the next generation of leaders to develop policy skills and build international contacts that will enable them to create positive change across the world. We’ve already seen previous participants make an impact in mentoring young people who are in schools and supporting them to prepare for the challenges of life after their education, and I have no doubt that this year’s cohort will be just as committed to tackling the global challenges we face today. I look forward to welcoming Kenya’s winners to London in October.”

Tim Kipchumba, a member of the pioneer group of 2017 Future Leaders Connect programme says the knowledge and networking gained has given him a great impetus to some of his ideas of working and supporting young people through his mentorthon programme.

“The British Council Future Leaders Connect programme is about young people taking action to bring change in their communities. I’ve been involved in a research with Strathmore Business School which looks at the motivations for young people who were involved in the post-election violence in the country in 2007.”

“As part of my work in the mentorthon programme where we mentor young people, and the programme added more impetus and clarity to at mentorthon. In 2020, we plan to extend our programme to reach 40,000 students at risk working with over 300 role models and scores of partners with the aim of reaching over 300 schools to increase young people’s self-belief.”

Future Leaders Connect is a long-term network of emerging policy leaders made up of exceptional individuals aged 18-35 from around the world. Members of the network are given the opportunity to develop their policy making expertise, make valuable connections and gain the skills to have real impact.