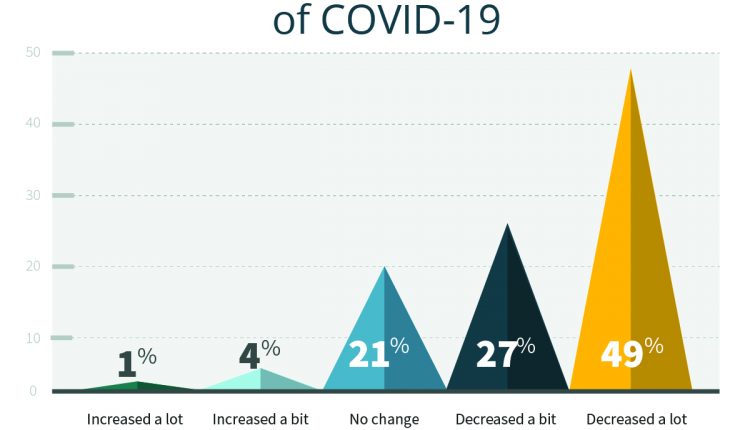 A five-nation survey by GeoPoll in Sub-Saharan Africa- which covered respondents in Kenya, Mozambique, Nigeria and South Africa, has found that 60 per cent of those employed prior to the COVID-19 pandemic have not been able to work as a result of the outbreak, and nearly half of those are unsure if they will have jobs to go back to.

An even larger proportion, at four out of five of those polled in the survey of 2,500 respondents, reported that their income has decreased during the pandemic, with those in informal jobs, particularly in trade and agriculture, reporting the most widespread and largest falls in incomes. 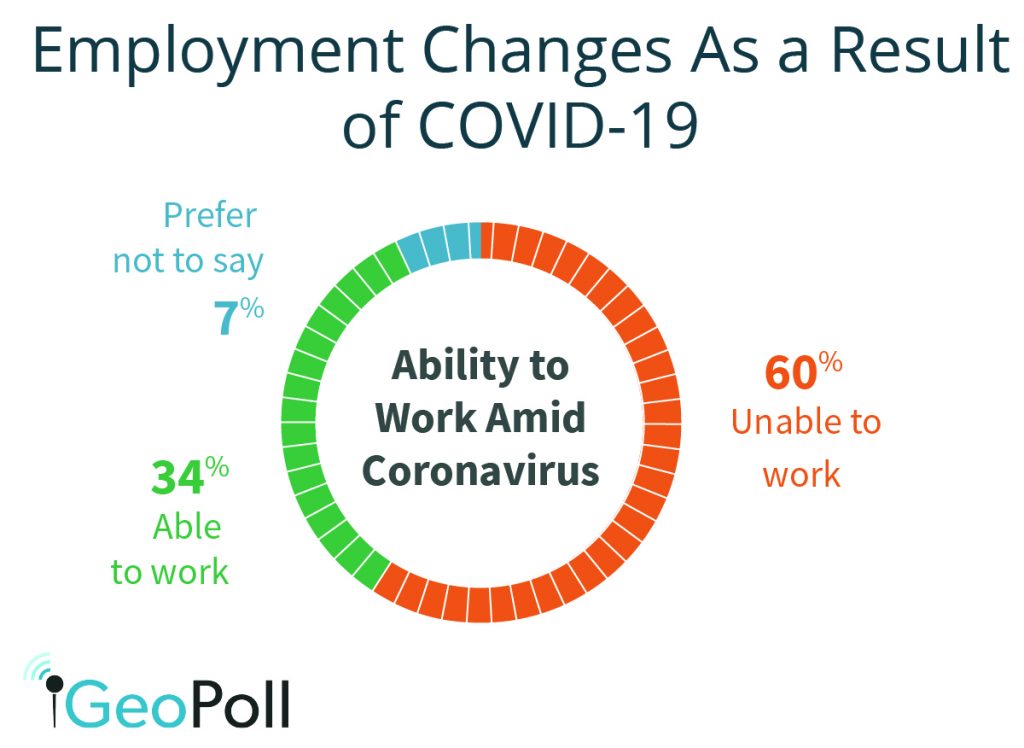 “The closure of borders, restrictions on movements, and suspended education and hospitality sectors has caused financial havoc across the African nations studied, with those in informal employment being hardest hit” said Roxana Elliott, VP Marketing & Content, GeoPoll.

The lifting of restrictions is unlikely to repair the damage quickly, with only 57 per cent of the previously employed saying they still have work to return to once the COVID-19 restrictions are lifted.

Moreover, just 6 per cent of the respondents reported they have sufficient funds to cover their household expenses for more than five months, and most are already running down their savings or relying on credit.

Altogether, 30 per cent said they would be covering most of their expenses next month through borrowing, and 28 per cent by using savings. Moreover, during the pandemic, almost half of all respondents have taken an extra loan to help cover household expenses.

“With many sub-Saharan Africans still excluded from borrowing, the impact of the pandemic on income and employment, which has hit the lowest income earners the hardest, will make paying for basic expenses such as food and rent a challenge for millions over the coming months,” said Roxana.

Despite the harsh economic effects being felt, a majority in the nations studied believe their governments should prioritize protecting people from the virus, rather than focus on reopening economies.

Of the countries studied, Nigeria was the only one in which a majority feel that reopening the economy should be a priority. However, it was also found that those whose income has decreased significantly were more likely to favour reopening economies.

According to the pollster, the survey was conducted remotely via SMS from June to July 2020. It was run through its mobile surveying platform, which enables safe and effective data collection via SMS, voice call, and other modes even when in-person research cannot be conducted.

COVID19 exposes gaps in critical care in the health sector