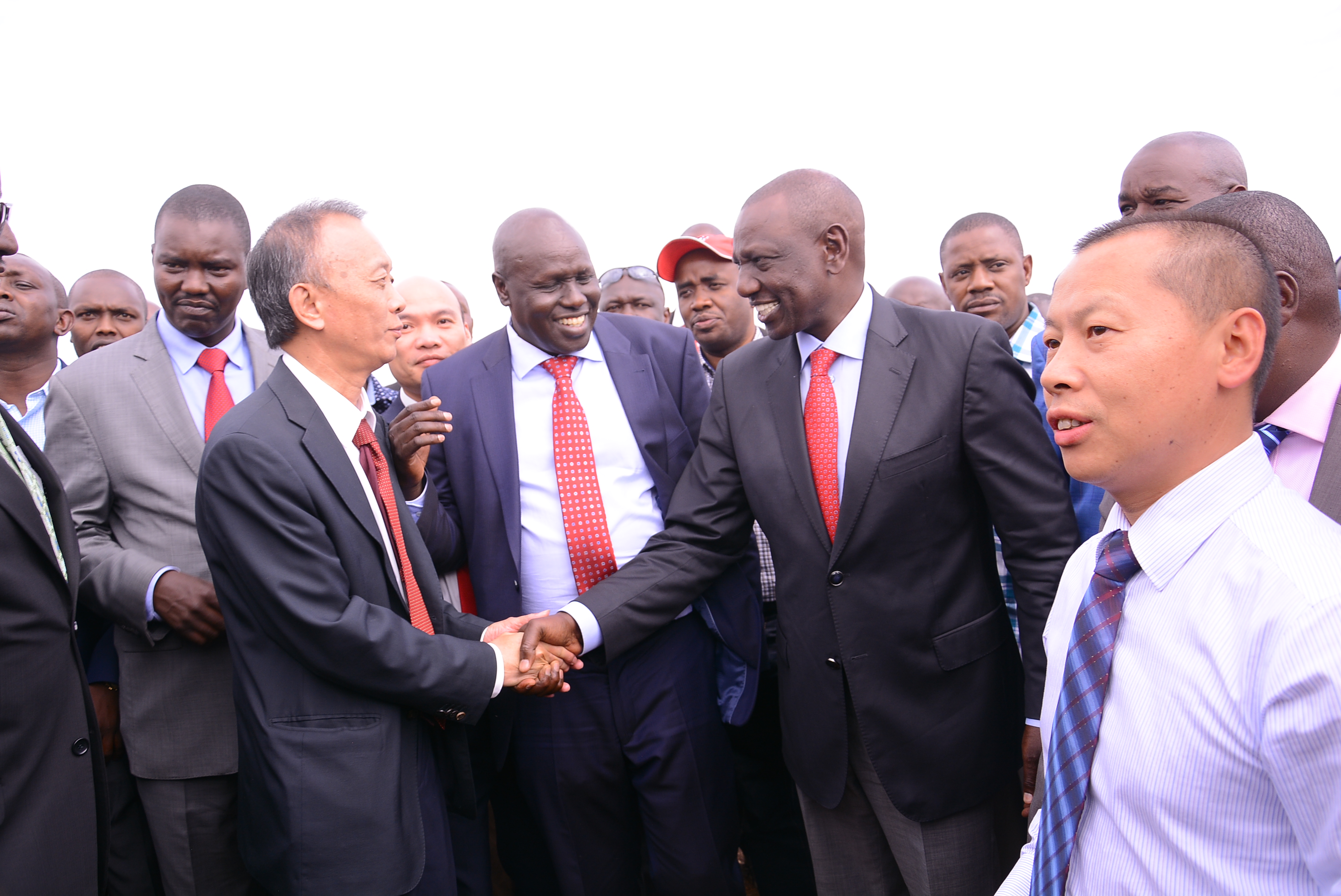 Many African countries have found treasure in industrial hubs, and are now constructing them with an aim to open up employment opportunities, attract foreign investors and boost their economies.

Early July 2017, Kenya launched its first privately-owned industrial complex, which is under construction by a Chinese firm at a tune of Ksh200billion.

Known as the AEZ Pearl River Industrial Park, the hub will be operated by the Chinese firm Guandong New South Group and the African Economic Zones, a local firm owned by tycoon David Langat under his DL Group of companies.

It will sit on some 700-acre piece of land in Plateau Eldoret in Uasin Gishu County and will host several industries including, agro-processors, ICT hubs, energy sector companies, engineering and construction firms and chemical industries.

More than 40 Chinese companies are set to operate businesses in the zone, which is poised to employ 40,000 Kenyans and help curb the unemployment crisis that ails the developing country.

“This investment will help to improve the returns of farmers and create jobs for our youth. This is how we are going to deal with poverty and unemployment,” said Kenya’s Deputy President William Ruto, during the launching ceremony.

The hub will be constructed in three phases. The first will comprise agro-processing, energy, machinery, electronics, ICT, engineering and pharmaceuticals industries, while the second and third phases will host hotels, shopping malls, local and international schools, hospitals and about 4,000 residential units, among other projects.

According to the 2017 African Economic Outlook (AEO) report, most of the African countries that previously relied on mineral resources for exports are now shifting focus to consumer goods and services.

They are reviewing policies to attract foreign investments into the manufacturing sector, mainly to reduce their vulnerabilities to commodity price shocks, a move that has enabled most of them assume more important positions on the investor radar in Africa, the report says.

Countries like Ethiopia, Ghana, Kenya and Tanzania now attract new investment partners majorly from the Far East and Middle East in partnerships that have increasingly become sources of Greenfield projects in the continent.

Upon visiting China, in May 2017, for the Belt and Road Forum for International Cooperation conference, Kenya’s President Uhuru Kenyatta and his Chinese Counterpart Xi Jinping held bilateral meeting where they signed a number of trade deals, including one for the construction of the industrial park in Eldoret.

The following month, a Chinese delegation led by Lu Pengqi, the Vice Chairman of China Council for the Promotion of International Trade, and Chen Biao, the deputy mayor of Shenzhen municipal government, and entrepreneurs from various sectors visited Kenya to look for investment opportunities.

The delegation, according to Emmanuel Kalezi, representative of the UN Development Organisation (UNIDO) Field office in Kenya, was in the country to tap investments in industrial parks ‘as a step towards promoting  private investment and trade between African countries and China.’

UNIDO, he said, had conducted a pilot study on the possibilities of promoting investment in private enterprise through the construction of the industrial parks in African countries.

Such an initiative, the AEO report says, had been conducted in Ethiopia, a country that has become an attractive investment location for manufacturing and services.

The Ethiopian government has promoted the development of industrial parks focusing on textiles, leather, agro-processing and pharmaceuticals, as part of its 2025 Vision to make the country a light manufacturing hub in Africa.

The Hawassa industrial Park, located 275 km from Addis Ababa in proximity to Lake Hawassa, was inaugurated in July 2016, and built by a Chinese corporation.

The park has 35 manufacturing facilities and one fabric mill, equipped with new and innovative technologies and powered by green energy, and has already attracted 15 major manufacturing firms from China, Ethiopia, Indonesia and the United States.

“It aims to employ 60,000 people at full capacity and generate export revenue of USD 1billion per year,” the report notes, adding that some parks are now under construction while others set to be launched in a bid to boost manufacturing exports, generate knowledge, transfer skills and contribute to job creation.

Such developments, coupled with attractive investor incentives, has increased number of foreigners to Ethiopia, a move that pushed her economy past Kenya’s to lead Eastern Africa peers.

In an effort to encourage domestic and foreign investments in Kenya, President Uhuru Kenyatta in September 2015 signed the Special Economic Zones Act, which spelt out key measures to revamp activities within the zones.

The Act would give potential investors preferential terms especially on matters such as licensing as well as numerous tax incentives, including exemption from all existing taxes and duties payable under the customs and Excise Act, Income Tax Act, East African Community Customs Management Act and Value Added Tax on all special economic zone transactions.

Manufacturers near the Ol Karia geothermal power plants would, for instance, be offered discounts on power bills due to lower transmission costs from the power plants to the industrial hubs, lowering cost of production.

In an exclusive interview with the East African Business Times in November 2016, Eng Tobias Karekaho, then Uganda Investment Authority (UIA) chairman, admitted to the immense contribution move by the country’s leadership to divest into construction of industrial hubs played on the economy.

Eng Karekaho said the directive by President Yoweri Museveni to the Planning Commission of the Ministry of Finance, Planning and Economic Development in 2007, to develop 22 industrial and business parks across major towns in Uganda, would create a million jobs upon implementation.

He said the developed complexes, especially the Kampala Industrial and Business Park at Namanve, had already attracted domestic and foreign investors.

“This was one of the best strategically and critically thought out ideas by the President’s NRM government. The projects will easily remedy the unemployment crisis in the country,” he told this publication.

However, to make the parks more attractive, the chairman said developers must supply essential infrastructure such as good accessible roads, communication networks, security and water, among others, to woo investors.

Therefore, constructing an industrial hub in Eldoret at this time is godsend since the area is strategically located- at the Northern Corridor, with good road networks, closer to an international airport, wired by hydro-electric power, in close proximity to a number of hospitals, including the Moi referral, at the headquarter of Uasin Gishu county and closer to agro- and manufacturing raw materials.

“Of great importance is the road infrastructure linking the Noreb (North Rift Economic bloc) region to the Northern Corridor member countries, the expansion of the Eldoret Airport to accommodate cargo and the expansion of the SGR to the Malaba border,” said Uasin Gishu Governor, Jackson Mandago, in a statement.