buy provigil.com
The news is by your side.

Lamu port to be launched on October 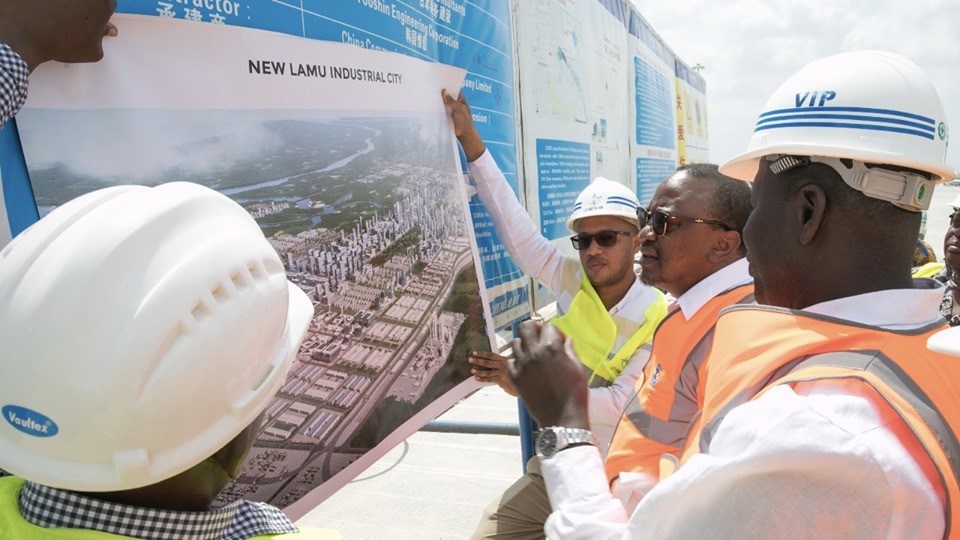 President Uhuru Kenyatta has announced that the first berth of the new Lamu Port will be opened this October.

The President who expressed satisfaction with the progress of the ongoing construction works at the seaport said the mega project will create the much needed jobs for Kenyan youth.

“Since I was here last year, it is true you’ve worked hard. Very soon, next month, we will be here to open the first berth which I am told you will have completed,” the President announced.

“We will launch by seeing a ship dock here to offload cargo. Offloading of cargo will be the beginning of jobs not just for you alone but also for the youth of Lamu and the entire Kenya,” he told hundreds of workers who gathered to welcome him.

The President further announced that plans are underway to start the construction of a crude oil pipeline from the Turkana oilfields to the new port.

“Very soon we will start the construction of a pipeline to get oil from Turkana and bring it to this port,” President Kenyatta said.

He asked the workers to remain vigilant and to continue working closely with security agencies in averting terrorist threats.

On the ongoing road projects in the region, the President said the intention is not only to enhance national connectivity but also to attract investors to the new port and the region.

On his way to inspect the 200km Mokowe to Garsen Road, which is currently under construction, the President made a brief stopover on the link road connecting the port and the new road.

He expressed satisfaction with the speed and quality of ongoing construction works and encouraged the contractor to ensure that the project is delivered within the agreed timeframe.

At Hindi town, the President, who was accompanied by area MP Stanley Muthama and Lamu Woman MP Ruweida Obbo, cautioned residents against divisive politics and urged them to continue living together in peace and harmony.

President Kenyatta said the new Lamu Port, the tarmacking of the Mokowe to Garsen Road and the ongoing distribution of electricity are government projects aimed at creating new employment opportunities by attracting  investors to the area.

“If we have the port, have the road and have electricity, isn’t that an expansion of Lamu? Isn’t that employment for the youth?” the President posed.

The President said plans are underway to build a national secondary school in the county so as to give children from Lamu an opportunity to excel just like children from the rest of the country.

The President who is on a working tour of the Coast was accompanied by Chief of Defence Forces Gen Samson Mwathethe and Coast Regional Coordinator John Elungata.