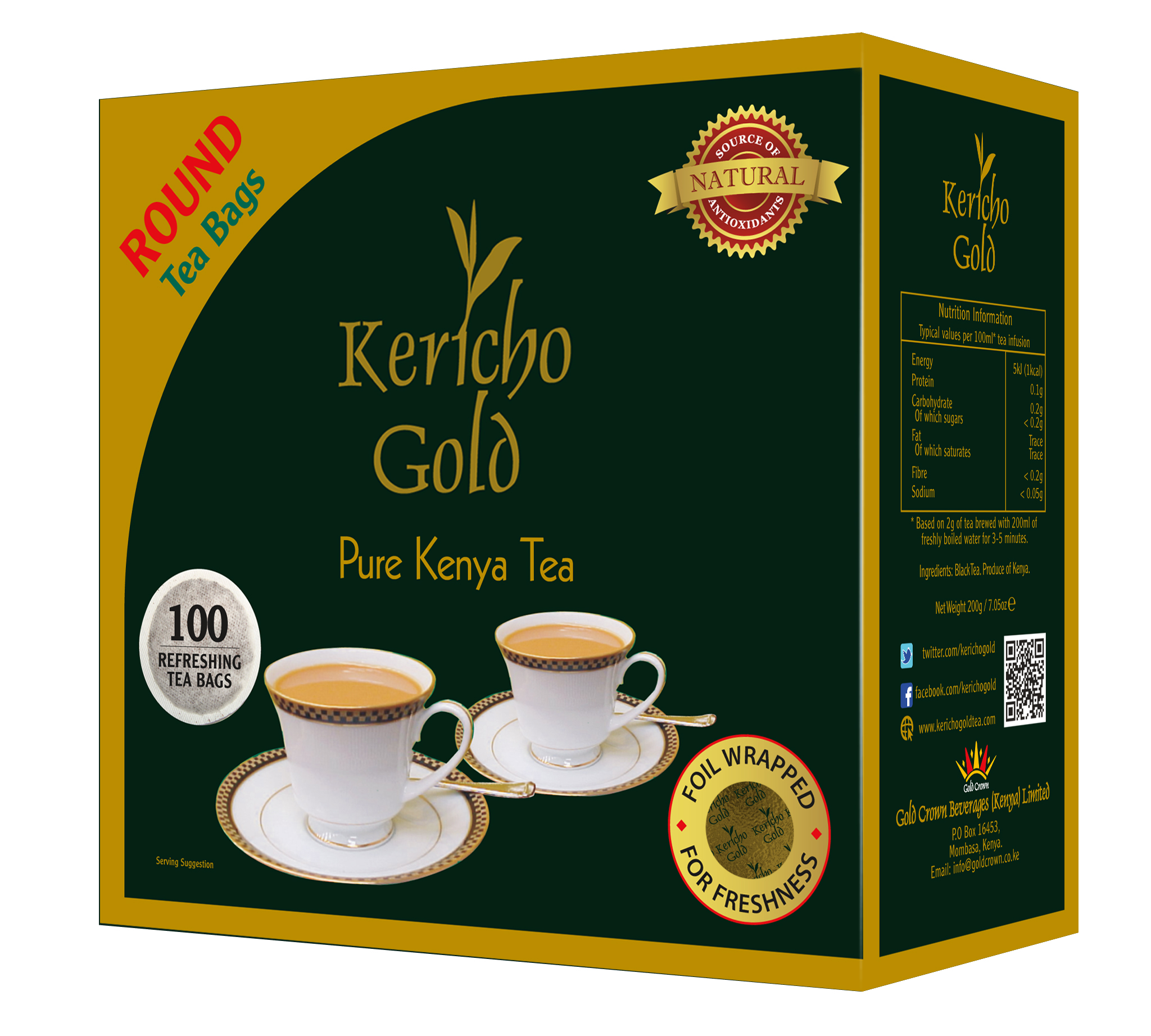 Tea brewer Golden Crown Beverages Limited (GCB), on Tuesday launched a range of new products aimed at rediscovering tea drinking among the younger generation. According to the company, the younger generation aged between 18 and 35 years old are shying away from taking the traditional tea. They look at tea consumption as a symbolic thing from the past. As a result, they are into trying out new flavors other hot beverages in the market such as coffee.

In addition to the sleek and colorful packaging, the company has adopted catchy phrases to entice consumers. For instance there is  Lets Be BFFs that goes with the passion and Jasmine tea, Forever young for the Vanilla tea, Delete, fast forward, hit play for the Hangover tea, Set the Mood, seize the moment for the Love tea among other interesting phrases.

“As industry leaders in Kenya, we bring into the market tasty tea products that will help consumers’ nurse bad emotions, give them an opportunity to flirt as well as leaving them fresh to face the daily chores effortlessly,” said Fahim Ahmed the Managing Director Golden Crown beverages.  Prices of the new tea products range from 145 to 275 KSh.

Kenya has been predominantly a tea drinking country however, in the last few years other hot drinks such as coffee are outpacing tea. This according to Mr Ahmed is driven by a growing middle class that perceive other hot drinks such as coffee as prestigious drinks. Figures from Tea Directorate in Kenya indicate that tea consumption in 2015 stood at 2.97 million kilograms compared to 2.8 million kilograms the previous year. This sis despite Kenya being the leading exporter of black tea in the world.

“With these new products we have not only filled the gap in the market by bringing the young people on board but also added human face to the tea drinking experience by combining the power of color, taste and rich aroma. This brings a feel good moment in a cup of tea hence positively impacting consumers’ attitude,” says Mr Ahmed.

In addition the company says it has adopted digital trends in a bid to bring in total convenience to the consumers. “We allow our consumers to select a color or flavor of their desired ‘Attitude tea’ on Instagram, Twitter, Whatsapp and Facebook and we deliver to them in real time.”