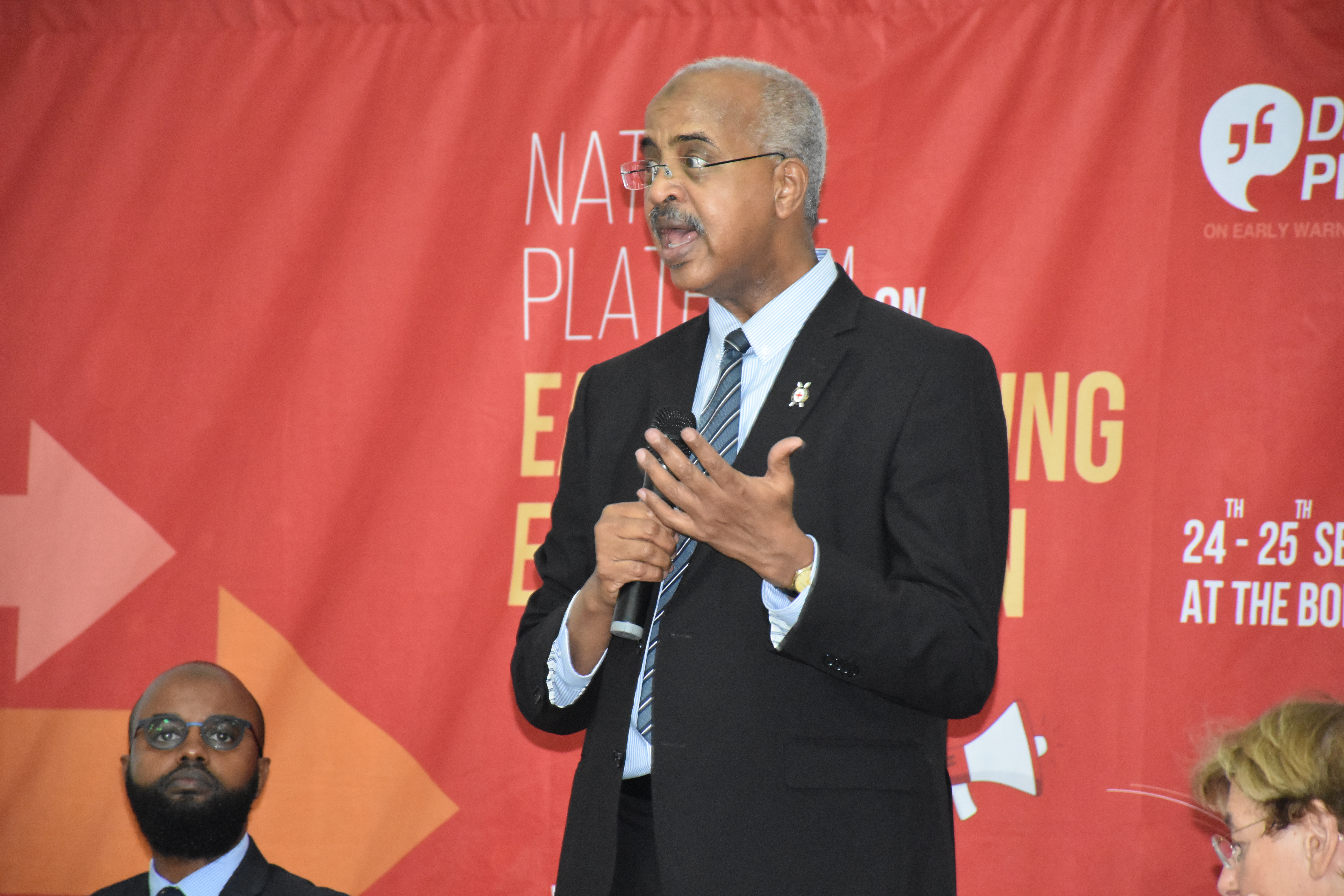 On Monday, the United Nations Secretary General António Guterres hosted the Climate Action Summit in New York whose intention was to tackle climate change by boosting ambition and accelerate actions to implement the Paris Agreement on Climate Change.

This was held a few days after the Global Climate strike walks that called for action on climate change issues. Extreme weather changes increase the risk of natural disaster occurrences which include prolonged droughts, heavier precipitation and flooding.

Kenya is among the African Countries where the impact of natural disasters has increased over the last three decades. Most recently, the 2016/17 drought left about 1.25 million people acutely food insecure with the number rising to 2.55 million in need of immediate humanitarian assistance by January 2018.

In 2018 during the March to May long rains, heavy rains that resulted in flooding left around 50,221 households (about 301,326 people) displaced, causing significant damage to infrastructure such as schools, dams and roads, and outbreak of diseases. Currently, Kenya Is responding to a drought after two poor rain seasons, with 2.6 million people categorized under IPC Phase 3 (crisis).

Speaking at the Early Warning Early Action Stakeholder’s National Dialogue, said Dr. Abbas Gullet, Secretary General, Kenya Red Cross Society noted that such forums gives different stakeholders an opportunity to share information on how to better prepare, warn and act in a manner that helps in saving lives and property.

“Since we now know that these disasters will happen it is important that we anticipate them and attempt to prepare ourselves as duty bearers and the communities to deal with them. This is how we can minimise the impact of the disasters.  It is for this reason that the Kenya Red Cross has invested heavily in the Centre for Humanitarian Affairs a policy research unit to work with stakeholders across the region and advice on policies and actions along disaster preparedness.” said Dr. Abbas Gullet, Secretary General, Kenya Red Cross Society.

Climate Change will continue to impact development and change how humanitarians work due to its uncertainty and complexity affecting more people in the coming decades.

The impact of these events can be reduced or avoided if weather and climate forecasts are systematically used for early action to prepare for disaster. However, forecasts are not always used to take early actions with governments and humanitarian organizations often starting their response operations after a disaster has taken place. If such procedures were in place, this could reduce climate-related risks to vulnerable people and save valuable time and money in humanitarian response.

Disaster response operations are a costly affair as was seen during the drought response operations in 2017 which cost the Kenyan Government KES 11 Billion and KES 1 Billion for shelter reconstruction following the flooding in March to May 2018. However, the potential to reduce or pre-empt the impact of these extreme natural disasters on vulnerable populations, is to tap into the weather and climate forecasting, data and information and communication technology that is provided by Kenya Meteorological Department.

“Drought used to be witnessed every five years, then every three years and now every year. Having humanitarian response each year is not a sustainable solution and collaborative engagement between key stakeholders is required to establish early warning early action. This is why World Food Programme is working very closely with national and county governments to identify and tailor interventions that are county focused.” said Annalisa Conte, Country Director, World Food Programme.

Corazon Mwende is a climate communications specialist who focuses on stories about communities impacted by climate change.

She has over 10 years of experience working in the field of communications and media.