can you buy disulfiram over the counter
The news is by your side. 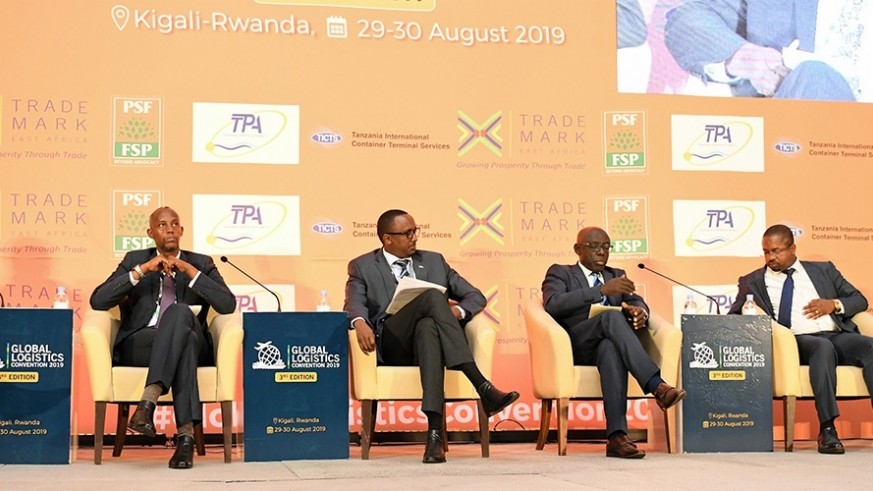 Rwanda will continue to deepen reforms in the logistics sector as it aims to cut costs that undermine the country’s competitiveness, Claver Gatete, the Minister of Infrastructure, emphasized on Thursday while opening the Global Logistics Convention 2019 in Kigali.

This, he said, is central to the Government’s agenda of putting the private sector at the center of transformation, which is contained in the national strategy for transformation.

Sector player is optimistic the conference can spur countries to enhance rail and water transport, embrace technology and curb political friction, among other challenges.

Gatete noted that while Rwanda has made important gains in the ease of doing business, transport costs which accounts for about 30 percent to 40 percent of the total cost of goods undermine the country’s competitiveness and trade.

The cost is largely driven by inadequate infrastructure and inefficient customs procedures, the minister disclosed.

Non-tariff barriers affecting transport in East Africa are estimated at between 3 percent and 16 percent of the cost of the product, according to Overseas Development Institute‎ (ODI).

In the recent past, Rwanda has implemented a number of trade facilitation initiatives including, the introduction of the Rwanda Electronic Single Window, which has enabled faster clearance of imports and exports in addition to improving efficiency, transparency, and accountability in revenue collection.

Players in the industry, however, noted that a lot more needs to be done, especially in the region to improve the transport and logistics sector.

Dennis Karera, the Vice-Chairperson of the East African Business Council, underlined how pointless obstacles especially those stemming from corruption continue to hamper the sector as well as the region’s development agenda.

To lessen the evil, he suggested, countries need to digitize trade processes. As good practice, he noted how the electronic cargo tracking system has eliminated unnecessary stops and reduced bribery on regional roads.

Patricia Ithau, a board member of Trademark East Africa (TMEA), urged for an increase in the extensive use of technology because this does not only reduce the time of doing business but also reduces revenue leakages.

Karera told the gathering how four of his containers got stuck at the Dar es Salaam port in Tanzania just because the port did not have capable forklift machines to move them.

Dar-es-Salaam Port Director, Freddy Liundi, told the meeting that a lot has been done to do away with challenges at the port but admitted more remains to be done.

Liundi said: “The port is very old having been built in the colonial era and nothing has been done for so long. Now, however, we are building better infrastructure and modernizing.”

But besides the lack of ample equipment at port and space, Karera also stressed that the issue of cargo theft at the port has not gone away.

Karera added: “While people are talking about the African Continental Free Trade Area, clearly, logistics is a critical area that needs to be addressed.”

The businessman also pointed out that a properly functioning railway system would go a long way in helping the region in terms of doing business.

Acknowledging that the logistics sector is central to economic development, Michel Sebera, the Permanent Secretary of the Ministry of Trade and Industry, said the ministry has been engaging regional countries to unlock challenges in the sector.

According to Stephen Ruzibiza, the CEO of the Private Sector Federation, it would be better if such forums are attended by regional lawmakers so that they help enact pertinent legislation.