Study: Gender equality in global workplace to be achieved in 54 years 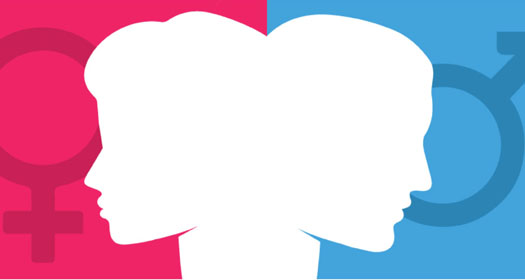 A new study by American multinational IBM, titled; “Women, Leadership, and the Priority Paradox”, has revealed that the leadership gender gap in the global workplace continues to persist because organizations have yet to make advancing women a formal business priority.

The global study, conducted by the IT firm’s Institute for Business Value (IBV) in partnership with Oxford Economics, polled 2300 executives and professionals. It surveyed an equal number of women and men from organizations worldwide across multiple industries to better understand why a large gender disparity in the leadership ranks persist and what can be done to drive progress towards gender equality.

The study also provides guidance on how to drive change in such organizations.

In addition to the qualitative survey, IBV interviewed executives and professionals across six global regions, with the study revealing that within the organizations surveyed, only 18 percent of senior leadership positions are held by women.

This, according to the study, was due to the fact that; organizations are not sold on the business value- as only 79 percent of respondents indicated they have not formally prioritized gender equality in leadership within their organizations, even though ample evidence correlates gender equity with improved financial success and competitive advantage.

In addition, the study adds, men underestimate the magnitude of gender bias in their workplace- 65 percent of the respondents of male executives reported it is just as likely they would have been promoted to a top leadership role even if they had been women, despite the low numbers of women that currently hold those roles.

Finally, the study reveals, few organizations display a sense of urgency or ownership about gender disparity, with most of them over-relying on ‘good intentions’ and applying a laissez-faire approach to diversity, rather than applying the disciplined focus on operational execution they apply to other aspects of organizational performance.

“The past year has heightened the world’s focus on diversity, and the business benefits of inclusive teams are now well-documented,” says Michelle Peluso, Senior Vice President of Digital sales and Chief Marketing Officer.

“The opportunity now is to move from inclusion being interesting to being imperative- just like we treat other top business priorities.”

However, for the set of organization’s dubbed ‘first movers’ in the report, that stood out as being dedicated to achieving gender equality within their leadership ranks, the study revealed that these organizations share characteristics and values that foster a more inclusive environment and provide a roadmap of how to create progress for other organizations.

Not only are the organizations serious about gender inclusion, but they are also motivated by the promise of financial improvement and acknowledge and embrace their responsibility to take action.

“What we have learned from First Movers is the importance of setting measurable goals and defining a systematic approach to inclusion across the organization. This means everything; from recruiting to rewarding, developing, retaining and promoting women. Then, we must ourselves be accountable to meet these goals,” says Peluso.

In Kenya, the government has been struggling to implement the gender rule. The (two-thirds) gender bill seeking to have more women represented in public offices has continued to flop in parliament, scuttling its assent.

Article 81 of the Kenyan constitution stipulates that ‘Not more than two-thirds of the members of elective public bodies shall be of the same gender.’ However, this requirement remains to be realized.

Africa and I documentary: 20-year-old walks, cycles & skates across Africa over…