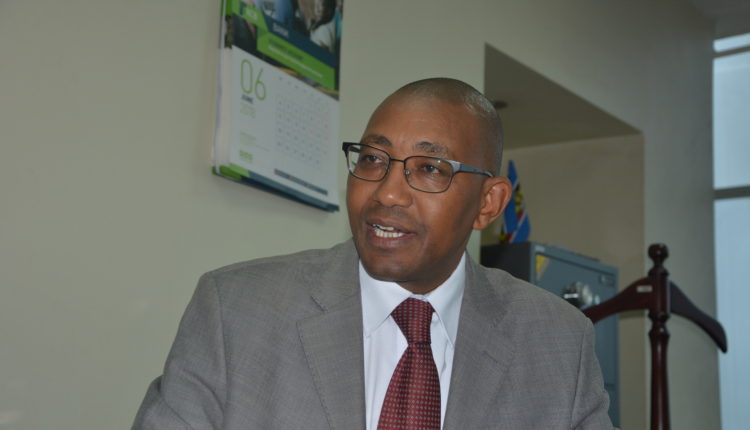 Uganda has one of the highest unbanked population in the region. Bank of Uganda financial inclusion report 2017 indicates that only 20 per cent of adults in Uganda has access to formal banking services. Of this, 36 per cent are found in urban centres and 17 per cent in rural areas.

With Uganda, predominantly a rural economy, these figures present a worrying picture for the country.

Over the past few years, there has been an aggressive push by the regulator to improve financial inclusion in the country, opening up opportunities for banks able to meet the financing needs of lower-income households.

The push to grow the banked population is today being driven by mainstream banks such as KCB Uganda that are developing products and services geared towards netting the underbanked.

Led by Joram Kiarie an astute banker with an impressive pedigree known to industry watchers, KCB Bank Uganda has been steadily growing its numbers.

Kiarie took a unique route to reach the top, having worked with several banks including ABN Amro Bank and the Co-operative Bank in Kenya. For two and a half years, he was the managing director, KCB Tanzania before joining KCB Bank Kenya in various senior management capacities in the corporate banking division, and to eventually head the Ugandan unit of the bank headquartered in Kenya.

His unique career perspective combined with his disposition to action and a commitment to continuous improvement bode well for KCB Bank Uganda’s continued growth.

KCB Bank opened its first Ugandan branch on Commercial Plaza, Kampala Road in November 2007. It has since expanded to 16 branches, half of them in Kampala with the other half distributed across other major towns.

When he arrived at KCB Bank Uganda in 2012, Kiarie knew what the market needed. Armed with credible banking experience, his intentions were to reignite the “commercial zeal” of the bank as he benchmarked its performance with the parent bank’s performance. The key target he says is to lift and double their customer’s number by 2020.

One of the key ways he feels the bank can do this is to develop products and services that would attract the unbanked. His experience in the banking and investment sector brought him into direct contact with customers, which proved to be critical in shaping the bank’s operations aimed at meeting customers’ needs.

Key among Mr. Kiarie’s strategies has been to keep the returns in double digits and re-organise the bank’s resources from corporate lending to trade activities for higher returns. Other areas he has earmarked for growth include the corporate segment as well as the retail and agency banking.

“The main objective of the bank in Uganda is to promote investments especially with the establishment of agency banking which we have positioned ourselves efficiently,” Kiarie says.

KCB bank Uganda is today one of the many financial institutions that have secured the regulator’s nod to carry out agency banking in the country.

“Since last year’s approval by the Central Bank of Uganda on Agency Banking, we were able to move quickly and we have been working around our systems. We have over 75 active agents with about 100 approved outlets. This is a positive move towards our support in the financial inclusion agenda” He says.

Kiarie notes that without setting up the brick and mortar banks model, the bank is now present in 75 more locations spread across Uganda where users can get the same service as they would in a bank branch. Regionally, KCB Group has carried out successful agent banking in the countries they operate including Rwanda, Tanzania, Burundi and Kenya.

As a business leader, Kiarie has a passion for Micro and Small and Medium Enterprises (MSME). He has steered the bank to empower MSMEs with their “SME Clinics” initiative which seeks to drive product their awareness.

“SME’s have proved to be crucial engines of industrial growth in Uganda, there are a lot of opportunities for the SMEs. It is necessary they have strategies that withstand the dynamics of the changing business environment. We provide one-on-one interactions, fresh ideas, specific solutions that drive growth as well as financial assistance to our SME clients in various regions across the country.”

Kiarie points out that the bank has different product lines that talk to different target markets in terms of loans, credit and payment solutions. “The full suite of products and service on how we have tailored them are solely based on customer requirements,” he says.

To maintain a strong linkage and grow its portfolio, the bank has partnered with Uganda Revenue Authority, Umeme and National Social Security Fund (NSSF) on the payments solution where the bank integrated with their systems so that customers can make payments into key areas they require.

One crucial challenge, Kiarie notes, is the non-performing loan ratio in Uganda which he says has been significant indicating that the quality of the loan portfolio in the industry is, in general,  not that good.

“You have to be very selective when providing loans which again presents a bigger challenge as to how do you grow at the same time manage the risks that come,”

With KCB Uganda celebrating 10 years of its presence in the Ugandan market, the bank prides itself with a regional presence cutting across Eastern Africa with businesses in Tanzania, South Sudan, Uganda, Rwanda, Burundi and Kenya.

We view ourselves beyond the Kenyan background. KCB is an East African brand and our expansion to other countries such as Uganda was necessitated by the growth of regional trade links. We are looking to expand to Ethiopia, to have a full eastern African representation.

Earlier this month, KCB Group was assigned the top rating (B+) with a stable outlook by the global rating agency Fitch Ratings, affirming its status as a top bank.

The agency cited the bank’s solid earnings and strong capital buffer, a strong domestic retail and corporate franchise and management quality, a well-structured deposit-based funding model, high level of liquid assets, and stable customer deposits. From a banks perspective, Kiarie says that they have grown extensively.

“It’s been a journey and over 10 years right from entering into a new market where you become bank number 25 with zero market share and then you have to begin growing.   We are now proud to say that we rank bank number 10 out of the 25 banks in Uganda.”

Kiarie is optimistic on the future of KCB Uganda, stating that since they started operations using the green field approach and not by acquisition, they have recorded tremendous growth with at least 16 branches dotted across the entire geography of Uganda.

He is adamant that there is much further to go as an independent challenger bank, “Going forward, we are eyeing the top five position in the market and we know we are capable of doing that given our strong parent company. KCB Uganda is perfectly positioned to continue with the growth phase, as well as the opportunity to contribute to making Uganda and the regional blocs an emerging economy,” he says.

As the banking sector in Uganda faces an unprecedented disruption Kiarie is not afraid; he sees massive opportunities emerging. And he is taking steps to turn disruption into an advantage.

The banking sector “has been a steep learning curve for me”, he admits. “Risk-taking as a positive element of servicing our client base should always be central.”

Kiarie notes that good conduct and culture and controls and governance are vital, not as a substitute for commercial success, but rather as the foundations for safe and efficient operations and growth.