GA Insurance continues to deepen its footing across the murky East African insurance market, modifying its products and services to suit customer needs 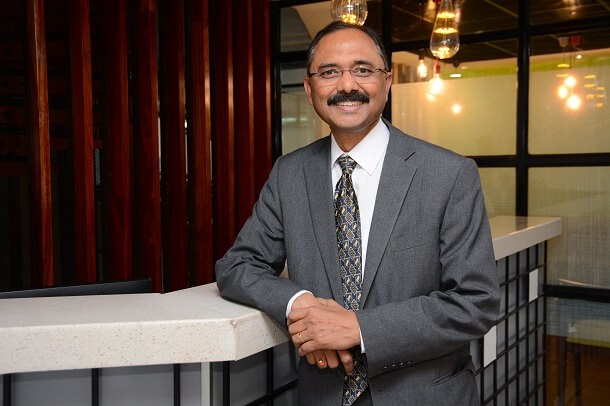 If you’re planning to invest in East Africa’s insurance market, you’ve got to have an insightful strategic plan, be resilient, tech-savvy and innovative. The market is attractive but murky and highly competitive.

According to the 2019/2020 East Africa insurance outlook by Deloitte, suboptimal investment returns on property and equity markets, which have been used as a safety net to compensate for underwriting losses, have further driven down the fortunes of insurance companies. Furthermore, the report says, the pace at which disruptive technologies have been taken up by incumbents and the entrance of non-traditional insurers in the market, is slower than expected.

Interestingly, customers are becoming more enlightened, aware of their insurance needs, and are increasingly being skeptical of what insurers have to offer them.  Over the course of three years beginning 2017, Kenya’s insurance industry has become a tough tide to pierce through. Insurance firms’ profits dropped to 61 per cent in 2018, to $33.7 million from $87.7 million recorded in 2017.

To survive in the region’s multi-billion shilling industry, including Kenya’s- which is estimated at over Ksh200 billion in total premiums, by the 2017 Association of Kenya Insurers (AKI) report, the more than 50 licensed insurance firms have had to  take steps to modify their products and service offering to be in line with customer purchasing power.

However, quite a number of these firms offer almost similar products, with fire, medical, motor and a handful of non-life insurance covers, which are more risk-prone, being priority. The move saw a non-life business post the biggest loss of 26.6 million in 2018, compared with $9.5 million recorded in 2017, with the motor sector leading in losses- at $25.7million.

To avert such setbacks, GA insurance, one of Kenya’s oldest insurance companies, developed a disruptive strategy that has seen its performance improve ten-fold in the last decade. The company came up with a plan that ensures it doesn’t depend on one line of business.

According to the firm’s Group Chief Executive and Principal Officer, Vijay Srivastava, GA Insurance strength lies in its healthy product/portfolio mix. Due to the fact that the more the claims, the lesser the profits in conventional insurance, GA has spread its arms on all its lines of business, unlike most companies that focus on a specific line of business, such as fire, medical or motor.

This gives the company leeway when it has to settle claims for other risk-prone businesses, a move that ultimately balances the risks and recoup returns to the business.

“A number of companies do not have a very healthy portfolio mix. A competitor could be very heavy in medical (insurance coverage), probably ranking more than 60 per cent. Another could be very strong on motor insurance. But they are behind us in the number of lines of business. At GA, we’re not dependent on only one line of business,” the CEO says.

“Also, these two lines of business (medical and motor) are very less prone. Hence, if you’re very high in them, chances are you’ll incur losses. The balance in business is what helps GA compete in the market.”

The strategy has enabled the company to improve its ranking at a time the industry faces financial storms. The firm jumped from position nine in 2017 to six in 2018. Its profitability curve also pushed it to second position overall.

During the year (2018), GA recorded Ksh6 billion in gross written premium income from Ksh5.6 billion in 2017. Its subsidiary, GA Life Assurance, also led in long-term insurance business by settling 772 claims out of 773, a record 99.9 per cent settlement rate, according to 2018 statistics from the industry regulator, Insurance Regulatory Authority (IRA). Furthermore, group investments increased by 20 per cent, from Ksh12.1billion in 2017 to Ksh14.6billion in 2018.

With a product portfolio ranging from all classes of general and medical insurance, including motor, fire, accident, engineering, marine and aviation, domestic insurance and political violence and terrorism, among others, GA dug into a rare class of insurance- the golfers and pet insurance covers, which target risks in golfing and for any animal kept not for economic gain but for the owners’ comfort, respectively.

GA, Srivastava explains, has been the biggest underwriter for fire insurance over the last couple of years, with the product emerging as the most profitable over the other lines of business.

The firm is also among the leading in marine cargo business, a class that now has a new legislation requiring all imports to have a valid marine insurance cover underwritten by a Kenyan registered insurance company before clearance by the Customs Authority.

This now makes it easier for importers to lodge claims with Kenyan insurers, such as GA, as opposed to the cumbersome procedure of lodging insurance claims with foreign insurers for lost or damaged goods.

Being an industry now governed through risk-based supervision, a shift from the traditional compliance-based approach, meaning regulators now access the risk of individual entities and, by collating the resulting view of these entities, can judge the systematic risk to the wider economy, insurers have had to adjust their premium rates to be at par with client preferences.

The flexible approach, having succeeded in regulating insurance industries in the developed world, has seen some local insurance companies reduce their rates to attract more customers, a move that at times backfires when the industry experiences untold shocks.

For GA, Srivastava candidly says: “If one line of business is loss prone, the only way to balance is to keep the premiums appropriate. We (GA) do not compromise on our premium rate. The rate remains competitive, but not very low. So what substitutes this better premium rate is our services.”

It is such consistency in service delivery that has mirrored GA’s growth during the more than 60 years it’s been existent. Prior to its inception, the company was run by Europeans under the name General Accident UK.

The Europeans would later in the 70s exit the country, transferring ownership to Kenyan shareholders, who renamed the company General Accident Insurance of Kenya Limited.

But the major turnaround was in 2006, when the company was acquired by majority shareholder I&M Group, a conglomerate with tentacles in Kenya, Tanzania, Rwanda and Mauritius, with business interests in coke bottling, manufacturing industry and real estate.

“It used to be a small company prior to 2007. After the new ownership, many things changed in the company. There was new management, and since, there’s been handsome growth yearly, by almost double the market average,” says Srivastava, who was hired by the company in 2007 to drive its growth trajectory.

In 2009, the company was rebranded from General Accident Insurance of Kenya Limited to GA Insurance; the new status adopting a fresh logo and new corporate colours, in a move intended to streamline it to the regional expansion strategy.

The company would later in October 2013 extend its roots to Tanzania, incorporating GA Insurance Tanzania Ltd, which started operations officially in 2014 with an objective to cover ‘private, commercial and industrial segments’ of the economy. In June 2013, the firm launched yet another subsidiary, GA Life Assurance Limited’, to operate independent of GA insurance, offering Life insurance and Retirement Benefits solutions.

In Uganda, the company is in its final stages of acquiring a small insurance company named Nova Insurance. This will make GA be part of the slightly more than 25 companies driving the nascent industry, whose insurance penetration is a paltry 1 per cent, according to estimates by the Financial Sector Deepening (fsd-Uganda).

“We have already received regulator’s approval, fully bought the company and we’re just working on few documentation before we start operations. There’s also another acquisition in the pipeline. So by the end of this year, we will be (present) in between three to four countries in the region,” Srivastava says.

To drive the company through its regional expansion curve, GA Insurance undertook a management shake-up, promoting Srivastava to be the firm’s Group Chief Executive. A new CEO has been appointed to steer the Kenyan unit.

According to Srivastava, with the rapid technological innovation, the company is set to launch a document management software that will help handle huge volumes of data and information for its general and medical insurance. The company also balances its staff, with a majority of youthful employees who are tech-savvy.

For the industry, awareness on insurance is still scant in the region’s grassroots. Insurance is not as prioritized as in the developed world, save for medical and motor insurance that are almost mandatory. Srivastava advises that the industry should empower brokers and agents more so they can reach more people with information regarding insurance.

“It is the industry’s duty to train more agents so that they can go and create more awareness to the customers. The third parties should also be educated enough, to give detailed information to the customer so that they properly understand what they’re being covered for and avoid confusion when they’re coming for their claims,” the CEO says.

About Vijay Srivastava, the expatriate CEO 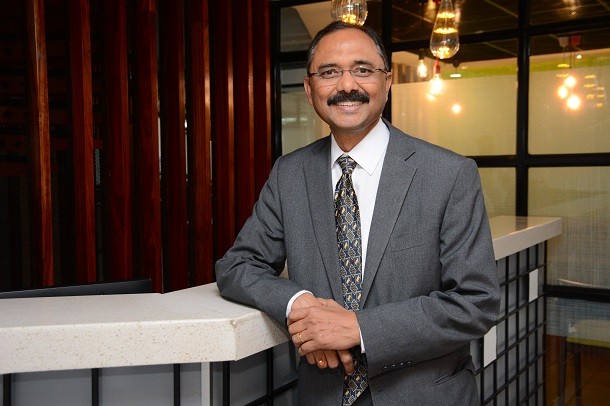 With a vast experience in marketing, technical knowledge and managerial skills spanning over 30 years in various managerial positions, horned while working for companies in India, Tanzania and Kenya, the CEO has overseen GA go through various transformative phases, including rebranding.

Armed with a post-graduate in Physics and Associate of Insurance Institute of India, the Group CEO is now expected to lead GA into new markets, whilst supporting the growth of already established subsidiaries.