The plans dovetail with similar efforts to refocus the under-exploited opportunity presented by the US-sponsored African Growth Opportunity Act (Agoa) where Uganda’s earnings have been modest. 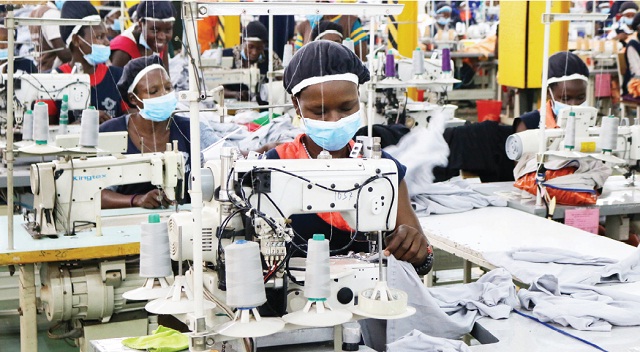 The plans dovetail with similar efforts to refocus the under-exploited opportunity presented by the US-sponsored African Growth Opportunity Act (Agoa) where Uganda’s earnings have been modest.

While her neighbours such as Ethiopia and Kenya have on average earned between $221.5 million and $436.5 million annually from Agoa exports during the decade to 2017, Uganda’s fortunes have been more muted. Average annual earnings under the scheme averaged just $56 million over the same period with CTA exports contributing zero to those numbers.

According to figures shared by Msingi East Africa during a recent Uganda CTA strategy development meeting organized by the National Planning Authority, the global apparel manufacturing market was worth $785.9 billion in 2018. But Uganda CTA earnings totalled just $22 million of that with the European Union being the main destination of Uganda’s product. Lint dominated and only 12 per cent of the 37,000 tonnes of cotton lint that Uganda produced during the 2017/18 season was consumed locally.

Uganda is known for growing the best cotton in sub-Saharan Africa but production has struggled from a high of 470,000 bales in 1969 to 208,662 bales the Cotton Development Organization CDO, says were produced during the 2017/18 season.

According to Mr. Andy Salm of Bradan Consulting Services, a consultancy tapped by Msingi East Africa to help Uganda craft the sector strategy, changes in the global textiles and apparels trade present significant opportunities. For instance rising labor costs in China have forced it to change focus from exporting apparels to textiles instead. This has made fashion brands and retailers to begin considering new sources for apparel.

With the right mix of investment and training, Uganda with its huge labor pool could increase exports by importing fabric even before it reorganizes domestic cotton production.

According to Andres Saldias, a US based CTA consultant also helping with the strategy development, Indonesia with no cotton employs about three million people in the CTA sector, and uses imported fabric from China, Vietnam and Turkey. In El Salvador, the textiles and apparel sector accounts for 67 per cent of its GDP.

He says with the right policies and incentives, investors would be interested in a simultaneous approach that taps into immediate market opportunities at the top and domestic value chain development at the bottom. He gives the example of Ethiopia which, by offering competitive investor terms and labor, succeeded in attracting significant FDI into her CTA sector.

To tap into these opportunities, Uganda will need to scale up competence-based training as opposed to technical schools instruction, in order to supply the skilled manpower required by the CTA industry. It will also have to address constraints like the high cost of finance that has locked local SMEs out of the sector.

Ms. Diana Mulili, the Business Development Director and Msingi EA lead on the Uganda CTA strategy development, said for example that while exporting one kilogramme of lint would earn $1.4, converting it into yarn would take that value to $3. Exporting the same kilogramme as fabric would take the value to $5 while garments would earn between eight and 10 dollars.

The global textile market is projected to grow at 5 per cent annually through 2021 while apparel retail will grow at 5.3 per cent over the same period.

Also, while Agoa is currently under-exploited, buyers are beginning to understand the advantages of East Africa’s value chain while the trade war between the US and China has made buyers more disposed to exploring new sources.

Msingi East Africa is optimistic that Uganda’s CTA goals are achievable because with a quarter a million growers and surplus ginning capacity, Uganda is capable of producing 185,000 tons of lint annually. A power generation surplus has delivered a $0.05 kilowatt-hour industrial tariff, and an abundance of educated workers would resolve the manpower challenge.