Unveiling the Samsung Galaxy A5 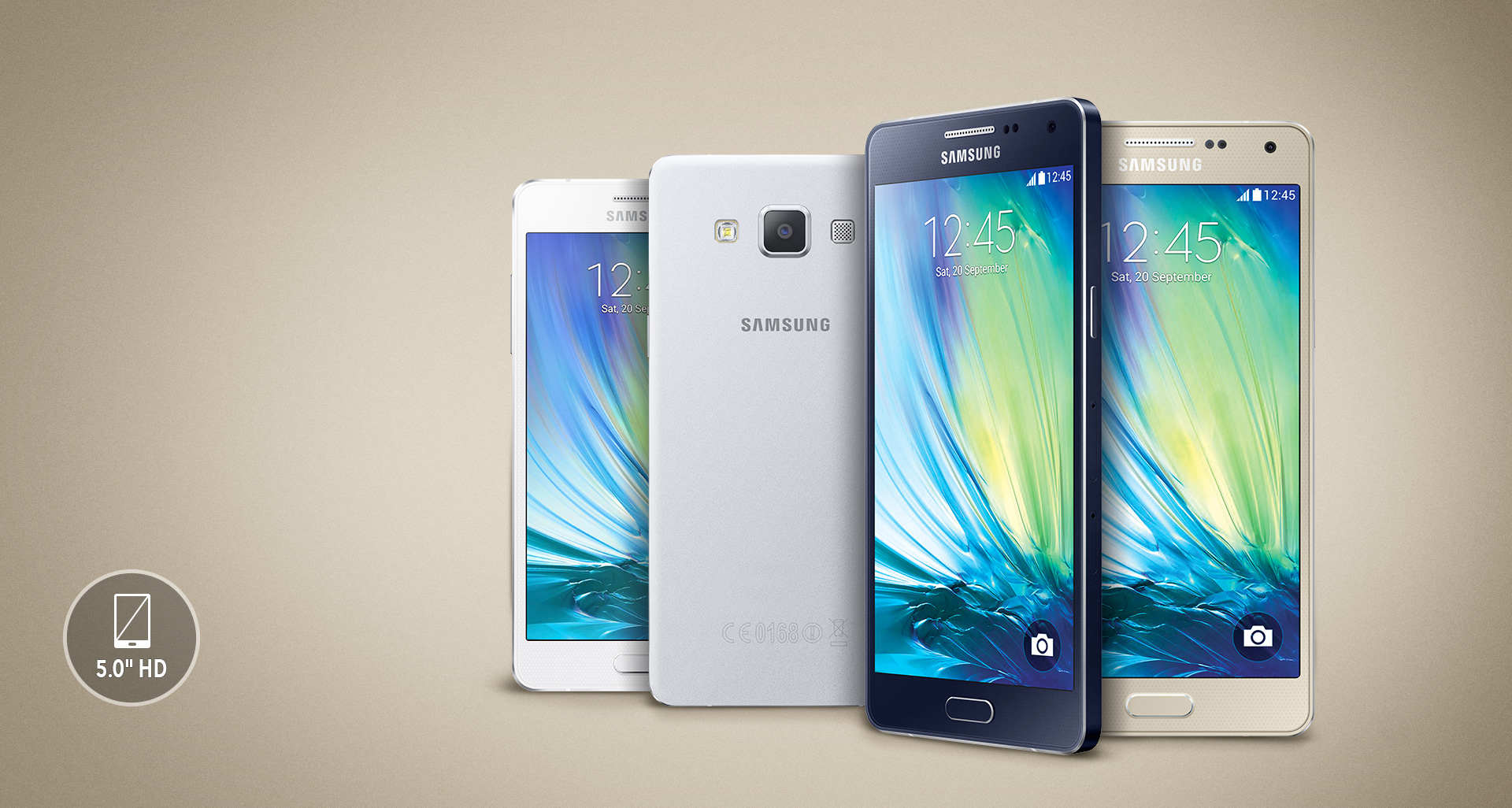 Phone is well made, putting some of its more capable brethren like the S5 to shame

If you are a Samsung buff, then the return of the A series was perhaps the best news you heard towards the end of last year.

The Korean phone manufacturer, true to rumours doing the rounds, unveiled a new range of phones that feature the A5, A7 and A3 brands.

Let us begin with the appearance. I may not be a fan of the colour pink but the pink-gold cover gave the phone a stylish and sophisticated look – it made me stand out from my peers.

Just like the flagship Galaxy S and the Note series, the A5s body is made of metal and glass. The phone is impressively narrow with a few jutting edges emanating from the well places power and volume buttons.  The sides contour inward which I felt provided a more secure grip.

The display is not that surprising.  It has the same characteristics as the other Samsung models. On the front of the phone is the 5.2 inch display and right below is the traditional home button with a finger print scanner.  Its 1080 x 1920 pixel resolution is more than enough to produce a fine, pleasantly clear image, but the screen does come off as slightly washed out. The phones back also features Corning Gorilla Glass for better protection just like its competitor, the S6. A feature that I would say sets the Galaxy A5 (2016) apart from its siblings is the fingerprint scanner. I found it quite accurate and fast. However it had its quirky moments that I found a bit scary. My advice would be to just stick with the tried-and-tested numeric passcode to lock the phone.

While the micro SD card slot is one of the major complaints about the Samsung S6, you will also notice the nano SIM card and the memory slots on the right side of the A5.  The phone’s 16GB internal memory is rather small as compared to its competitors that offer much more. But a micro SD can be used in one of the dual SIM slots to increase memory up to 128GB.

The phone comes with a 13-megapixel camera accompanied by a LED flash. At 13MP, it is powerful enough for most, but again the Sony Xperia Z3 Compact is offering a 20.7MP effort in the same sort of frame – complete with more camera modes as well.  The secondary camera on the device is a 5-megapixel shooter. The pictures taken with the Galaxy A5 2016 look really sharp and the contrast is good overall.  If you are a selfie lover then the phone has several features like the Wide Selfie, Palm Selfie and Beauty Face. The Wide Selfie mode allows one to pan around in selfie mode, so one can take a group wefie, or the panoramic scenery behind. The flash is adequately strong to light up images and does so fairly evenly, but it does introduce a cold colour cast that throws colours far off and overall images with the flash on don’t look all that appealing.

The galaxy A5 runs on Lollipop 5.1.1 which I found strange.  Considering that this phone was to officially launch in 2016, I expected it to perhaps run on Android 6.0. Just like Samsung Galaxy A3 (2016), the phone comes with TouchWiz as the software interface.

The Snapdragon processor is satisfactory, other than those few times when it runs a bit slow while multi-tasking across apps. I also noticed that it does get overheated, especially when I used many apps at once.

The CPU issue is one that will worry those that know what they are looking for on the spec sheet, as it’s nowhere near as powerful as the Snapdragon 800 and 801 chipsets that are being offered for a similar price.

The A5 (2016) also has LTE Cat.6 connectivity for fast mobile data. The micro USB 2.0 port lacks MHL (MHL allows your smartphone or tablet to mirror HD content to TVs or monitors), but it does support USB On-The-Go for accessories (storage or input peripherals). The port also supports fast charging (Quick Charge 2.0 equivalent), though there’s no wireless charging.

The 2GB of RAM is more than enough to power most games and heavy web pages, and as such should keep your phone running smoothly for a good few months I guess. However, you might find that some apps do not perform as well as those on your friends’ phones. I felt like Samsung curiously skimped on the power here.  However, I do not think it should be a matter of concern. The Snapdragon 410 chipset combined with the 720p 5-inch screen won’t be too taxing on the 2300mAh battery – although given this could be in the same price category as the Sony Xperia Z3 Compact, that is quite a disappointing spec list.

The galaxy A5 (2016) comes with the 2900mAh battery. Thanks to the fast-charging feature the phone can be fully charged in an hour. I spend most of my on the wi-fi meaning I surf quite heavily. The battery lasted quite some time I must confess. The energy-saving mode was also helpful.

The A5 2016 still exemplifies Samsung’s continuing to partner with Microsoft when it comes to pre-installed apps. The phone comes with Word, PowerPoint, Excel, OneNote and Skype.

In its quest to silence the naysayers who slammed Samsung phones as cheap, plasticky and full of useless bloat ware, I think the South Korean manufacturer may have gotten a little carried away. At its current price, the Samsung Galaxy A5 is a tough sell. It sure does have a better-build than most of its rivals but, it is way pricier. The company already proved that with the Galaxy Alpha and backed up its claim with the spectacular Galaxy Note 4. The Samsung Galaxy A5 is just as well made, putting some of its more-capable brethren like the Galaxy S5 to shame.

MacCoffee Partners with Ma Math Charitable Trust Kenya in a…