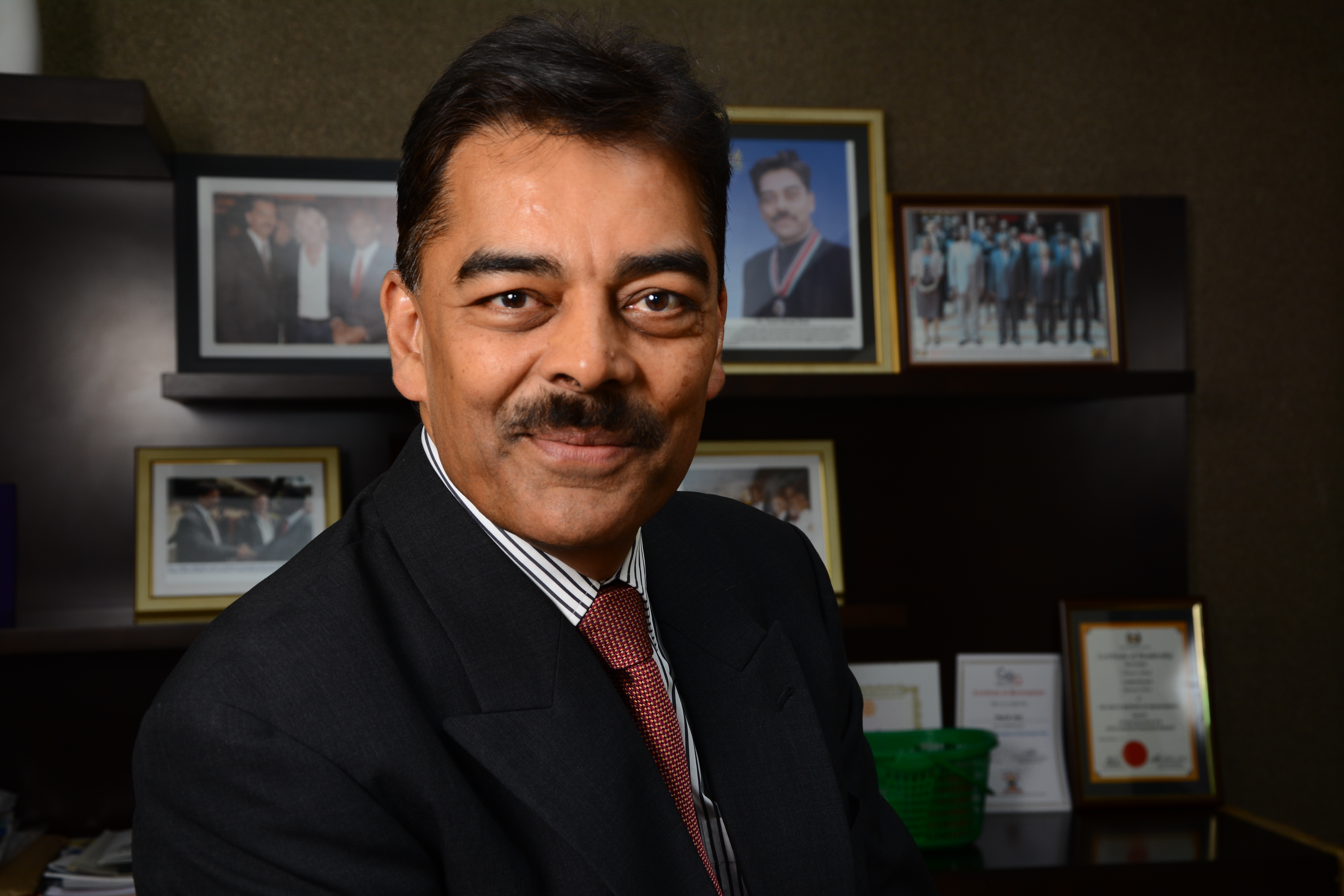 He recently stepped down as CEO of Bidco Africa Group, but his dream for the company has not changed.

Vimal Shah,chairman and the immediate former chief Executive Officer (CEO)of Bidco Africa Group, has seen the company grow from just a small outlet in Nyeri to the leading soap and edible oils manufacturing company with operations in Uganda, Tanzania and Rwanda.

The local firm has even outdone multinational companies that have for long dominated the regional markets.Today, the companycommands 65 percent of the market share in the other three countries.

Having conquered East Africa,Vimal now plans to make his brand a leader throughout the continent.

“Bidco is going to go all over Africa. The goal of Bidco is to grab, grow and sustain number one market share in the African market by 2020,” says Vimal.

He plans to do this by maintaining the strong growth that has kept the manufacturer ahead of other competitors.

Vimal, as he is popularly known, believes that if a firm has established itself in one market, it should replicate the same ideas in other parts of the world.

“There is a lot of investment opportunities in the continent. Once we believe that we are going to be competitive in a particular market and we are set to go, we have to carry on,” he says.

The highly coveted business leader is basically banking on the rapidly growing population in Africa.

“Today, there are one billion people in Africa. By 2018, the numbers are going to double to 3.4 billion meaning that the market size in Africa is going to grow. This is a massive investment opportunity that we must be part of,” he adds.

As if this is not enough, the fatherof a 15 years old son is keeping a keen eye on the rise of the African urban consumer who will fuel long-term growth in the continent.

“Today, 40 percent of Africans live in urban areas and this number is expanding. The number of households with discretionary income is projected to rise by 50 percent over the next 10 years, reaching to Ksh. 128 million. By 2030, the continent’s top 18 cities will have a combined spending power of US$1.3 trillion,” he says.

As a way of creating employment opportunities to thousands of jobless youths, the Chairmanreveals that the company  will  work with young graduates from school with the right attitude in building, growing and sustaining the number one market share in Africa market by 2030.

According to Vimal, the most important attribute in an employee is attitude.

“We look for people who want to grow and become bigger. It’s about the attitude that employees have. You must be looking forward to a greater future. At Bidco, you just don’t have to work, you have to want to work,” he says.

The company also believes in instilling values such as integrity and trust in its employees.

“We value these aspects because they endear people to take responsibility. When integrity and trust are put together, there is empowerment,” says Vimal.

In future, the company is looking forward to be listed in London.

“We’ll take the whole of Africa. Even in our business cards, our mantra is engraved: ‘To be leader in all African markets by 2030.

“We call it the big, hairy, audacious goal,” he says.

He won the Prestigious East African Entrepreneur of the Year award in 2012 awarded by All Africa Business Leaders Awards (AABLA) in partnership with CNBC Africa and Forbes Africa.

In recognition of his exceptional effort and contribution to national development, the government rewarded him with the ‘First Class: Chief of the Order of the Burning Spear (CBS) during the 48th Anniversary celebrations of Jamhuri day held in December 2011.

In 2004, he was also honored with the Moran of the Order of the Burning Spear (MBS) Award. These highly prestigious presidential awards recognize those who have played a major role in national development since Kenya attained its independence.

Furthermore, he is regarded as one of Africa’s most distinguished and visionary business leaders and was named as a finalist in the Ernst & Young Entrepreneur of the Year 2011, a position he held together with his brother and business partner, Tarun Shah.

In 2008, the Kenya Institute of Management awarded him the CEO of the Year award with BIDCO winning the Company of the Year award. He was named the Professional Manager of the Year in 2001 and winner of Outstanding Executive support for Information Technology in 2001.

He is a Fellow of the Marketing Society of Kenya and the former chairman of the Kenya Association of Manufacturers.