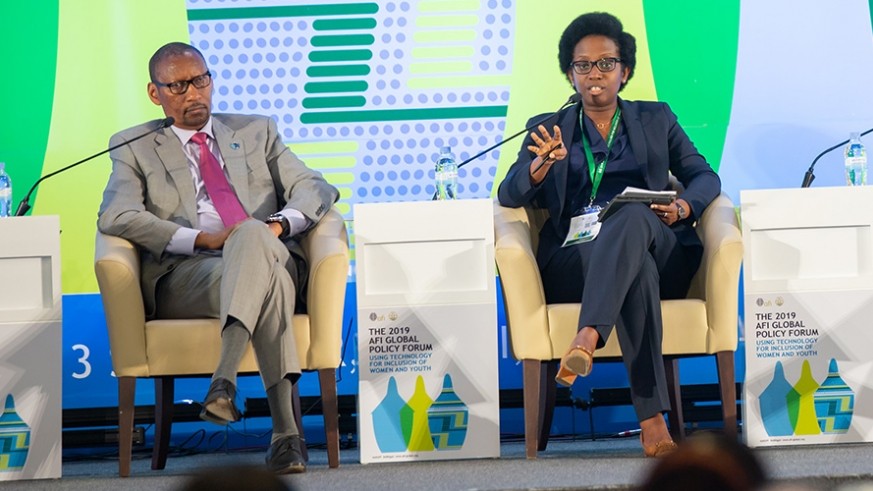 Despite the strides made over the years in financial inclusion, statistics show that there are still significant gaps in deepening and improving the quality of inclusion.

Financial inclusion means that individuals have access to useful and affordable financial products and services that meet their needs ranging from transactions, payments, savings, credit, and insurance among others.

A 2016 Finscope survey showed that 89 percent of the adult population access financial services up from about 21 percent in 2008.

Of the 89 percent who are financially included, the banked population stood at just 26 percent.

A significant section of the population was found to be dependent on informal inclusion through innovative products and technologies while others were relying on non-banking institutions. Informal inclusion does not always provide a wholesome inclusion as it often lacks aspects such as access to credit.

Among the youth, who are the majority in the country, only 24 percent of them are formally banked, according to the Minister for Youth, Rosemary Mbabazi. This is despite having 16 banks in the country.

This is also despite the fact that 77 percent of the youth is involved in economic activities.

The financial industry has often been said to maintain traditional criteria and practices which further cause players such as banks to have little impact in driving inclusion.

Mbabazi said that to improve inclusion some practices such as shunning the youth have to cease.

“Banks are avoiding them thinking that they are not bankable. This is through stringent banking criteria and a lack of understanding of their perspective. For instance, banks are rejecting them because they don’t have collateral, they don’t have security,” Mbabazi said.

She also noted that most financial institutions have little proximity and relevance to the youth and young people.

“Finding the youth should be in a threefold, proximity, products, preference of young people,” she said.

She also challenged the telecom operators and financial technology to develop interoperable systems to have convenience among young people.

She called on financial institutions to seek to understand the youth, their economic activities, and preference in order to be relevant going forward.

Diane Karusisi, the Chief Executive of Bank of Kigali,  admitted that for a long time, traditional banking business models saw a majority of players have little if any impact on inclusion.

However, she said that across the sector, there has been a realization of the need to increase relevance and market share leading them to go back to planning.

For instance, she noted that the Bank of Kigali is in the process of working towards a target of 1 million clients from around 300,000. A majority of the 700,000 new target clients include the unbanked population.

The bank is pursuing the inclusion goals and targets through new products such as Ikofi, which is tailor-made for farmers and the agriculture industry players.

Ikofi is a financial product aimed at increasing farmers’ eligibility to access credit- is fast gaining acceptance among local farmers and agro-dealers.

The product which debuted the local market in mid-May this year has so far registered over 150,000 farmers and over 1200 agro-dealers.

Waringa Kibe, the Country Director of Access to Finance Rwanda said that there is a need to use the data often generated by institutions and use it to formulate appropriate interventions with a sense of urgency. The data she said can provide the basis for decision making and formulation of interventions.

Globally, it is estimated that up over 1.7 billion people are financially excluded with a majority being women and youth.