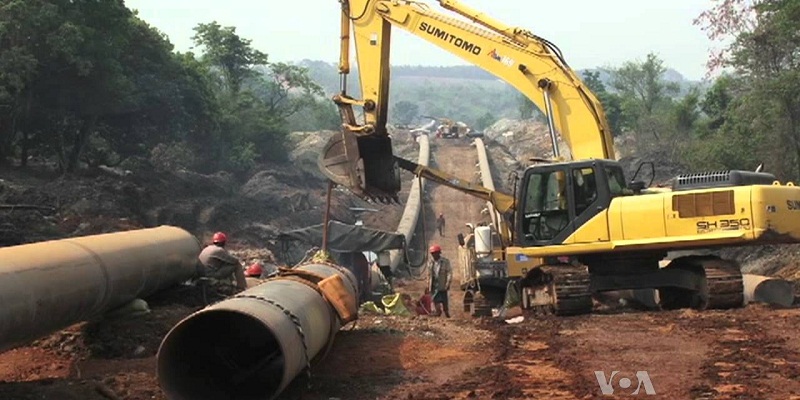 The reason Kenya has been losing trade deals with its partners in the East African Community (EAC) bloc, despite having sound economic policies in place, is because it doesn’t have who it takes to close the deals.

Economic diplomacy, Odaba explains, is a form of diplomacy whereby countries use tools such as foreign, trade and economic policies to achieve strategic objectives for the benefit of either two nations or a bloc like the EAC.

“We have great economic policies that can serve our interests very well as a nation, but we don’t have enough qualified people to implement these policies,” says Odaba, exuding mastery on trade policy matters.

The USIU don is a distinguished alumnus of the University of Nairobi (UoN) with over 12 years of teaching experience in universities, both locally and abroad as well as consulting for NGOs and government departments. Prior to his move to USIU-Africa in January 2014, Odaba taught at the Technical University of Kenya, Masinde Muliro University of Science and Technology and Riara University.

As a seasoned lecturer of International Relations, he seems particularly intrigued by the state of diplomatic affairs in the country. In his view, the fact that Kenya lost a Shs503.26 billion (US$5 billion) deal to Tanzania following the collapse of protracted negotiations between Kenya and Uganda is a matter of huge concern.

“Kenya let down Uganda,” says Odaba. “I believe we can do better, if we have the right people to handle the negotiations.”

The reason for the collapse of the Kenya-Uganda pipeline project has been largely attributed to the cost. Uganda would have spent a billion dollars more to build the pipeline through Kenya’s northern route and roughly the same amount less to construct it through Tanzania’s southern route. But other factors were also at play.

Besides the cost issue, Kenya took unnecessarily long to kick-start the negotiations.

Kenya’s ego stood in its way

Uganda approached Kenya in 2013 with a proposal for the two countries to construct a regional crude oil pipeline from Uganda’s northern and western region to Kenya’s port of Lamu on the Indian Ocean. Kenya accepted the proposal. It, however, took almost three years before the two countries could commence talks on the project.

The long wait complicated matters, especially when Tanzania came on board in August 2015 with an attractive offer delivered to President Yoweri Museveni from his neighbour President John Magufuli, East Africa’s newest Head of State, whose pragmatic leadership style continues to capture the attention of many.

“He is doing a great job, especially in promoting good governance and tackling corruption, our biggest challenge here in Kenya,” says Odaba.

Interestingly, whereas it took Kenya three years to bring Uganda to the negotiations table, it took Tanzania less than a year to seal the deal with Uganda. This tells us a few things about Kenya.

Firstly, it shows that Kenya did not need three years to close the deal with Uganda, and therefore wasted Uganda’s time for no good reason. Secondly, it is an indication that Kenya doesn’t have very good negotiators, which is why it lost the deal to Tanzania. Thirdly, Odaba is right on why Kenya needs more qualified economic diplomats and not political appointees.

Unfortunately, Kenya’s embarrassing loss of the oil pact to Magufuli was not the end of its woes in the region. Another equally hard-hitting loss came with the withdrawal of Rwanda from the standard-gauge railway (SGR) project.

Fast-forward, in June 2013, Kenya, Uganda and Rwanda signed a memorandum of understanding (MoU) to link up the three countries to Kenya’s Mombasa port through the SGR. It was one of the most scrutinised tripartite deals in East Africa. The mega railway project was expected to cost about Ksh1.31 trillion (US$13 billion) and slated to be completed by March 2018.

As of today, only Kenya has made notable progress in the construction of the railway line, with about 80 per cent of the work completed. Uganda is said to be still weighing its options. Rwanda on the other hand has indicated that it’s no longer interested, citing high cost as the main reason why it is ditching the deal. And just like Uganda, Tanzania is the way to go for Rwanda.

The Rwandan government holds that the Tanzanian route is shorter and cheaper, estimating the cost at Ksh80.47 billion (US$800 million) compared to the Kenyan route along the Northern Corridor, which is estimated at Ksh100.59 billion (US$1 billion). Looking closely at the cost-benefit-analysis, it makes sense why Rwanda wants out in the SGR project.

It all boils down to economic diplomacy. The situation is worsened by challenges such as runaway corruption and unfavourable trade policies within the EAC bloc, which are proving too costly to be ignored.

“We need qualified economic diplomats to negotiate trade deals for Kenya. It is too important to be left to political appointees alone,” says Odaba.

Most of the diplomats that Kenya currently has, Odaba says, are political appointees with no training in trade and negotiation issues.

Also, Odaba warns of economic repercussions in the long run should Kenya fail to properly tackle the corruption menace.

“When you have a country with good governance, stable political environment, and key actors having fair trade policies, then investors will flock in and the existing ones will have no reason to move elsewhere,” says Odaba.

The country, he adds, may need to review its trade policies to harmonise them with those of the other East African countries —  like Tanzania which sees Kenya as a bully on the bloc, and to promote the EAC cooperation and integration of all member states.

“For the EAC integration process to succeed, members must work together in harmony. Kenya must understand that it cannot walk alone — constructing its own oil pipeline and railway line, and all that stuff, since it’s a key member on the bloc,” says Odaba.

MEET THE BOSS: A chat with Jumia Marketplace’s Jean-Jacques Maikere