Why multinational brands are leaving Kenya 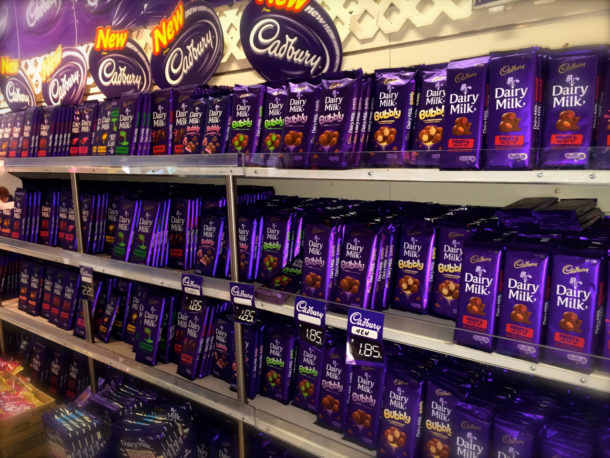 About two months ago, World Bank lead economist for Kenya, Eritrea, and Rwanda, Apurva Sanghi, raised a red flag. Multinational companies were leaving Kenya at a rate never witnessed before in the country. Even more alarming, most of them blamed unchecked influx of cheap imports into the local market for their exit.

Several other experts have raised concerns following the exit of over 10 multinational firms from Kenya to other markets within the last 10 years.

Leading tyre maker Sameer Africa, producer of Yana tyres, was the latest company to bow out in September 2016, decrying high energy costs, cheap and subsidised imports and the 2005 reduction in custom duties under the EAC Common External Tariff (CET).The company shifted focus to offshore production of its tyres by manufacturers based in China and India.

Eveready’s managing director, Jackson Mutua, said sourcing batteries from Energizer Egypt would eliminate costs of running the Nakuru factory as well as boost the firm’s competitiveness in pricing. The decision led to the retrenchment of 99 employees.

Two weeks later, Cadbury Kenya called it quit in the Kenyan market. The confectionary manufacturer announced it was ceasing all manufacturing operations in the country to retain only the marketing and distribution functions of the business, a decision that cut almost 300 jobs.

The other companies that have since left Kenya for alternative markets include Bridgestone, Unilever, Procter and Gamble, Reckitt Benckiser, Johnson and Johnson, and Colgate Palmolive.

“What is happening is not good for Kenya as a country and as EAC’s economic superpower,” says Dan Odaba, a lecturer of International Relations, Peace and Conflict Studies, Disaster Risk Reduction, and Development Studies at the United States International University Africa (USIU-Africa), who has been keeping abreast with the state of affairs in the region’s economies.

According to the USIU don, this trend could easily lead to deindustrialization, a situation where the size or share of the manufacturing sector reduces in the economy.

“If the Government (of Kenya) does not create an enabling environment for both the existing and new companies for investments, then the country will simply, and very soon, lose out on emerging suitable locations such as Ethiopia,” says Odaba.

His views are echoed by Sanghi who also argues that Kenya risks undergoing deindustrialization as a result of the influx of the mostly cheap imports from China.

The government must move with speed to lower the cost of production. This, Odaba argues, would create a sustainable environment that supports both domestic and foreign investments.

“If the industries in Kenya can attain 80 per cent production, jobs will be created and a lot of tax would be collected. This will in turn have a ripple effect on the economy,” says Odaba.

He further argues that other than institutional arrangements such as inflation and economic restructuring, which have emerged as other causes of deindustrialization in some economies, countries that have established sound business climates are poised to ‘poach’ companies from other markets.

Ethiopia for instance, has lately been considered a lucrative investment market by both local and foreign investors.

Ethiopia uses a range of incentives to woo investors. In the horticultural sector for instance, investors are exempted from customs duty of up to 100 per cent on imports of capital goods such as plants, machinery and equipment, and construction materials.

With an exception of few products, no export tax is levied on Ethiopian export products.

Such incentives have attracted various Kenyan-based flower firms into the market, with foreign investments such as Dangote Cement, Unilever, and the Chinese shoemaker Huajian Group pitching tent in the country.

“Last year, we led in the horticulture market in Africa. We expect to improve on the position in less than 10 years,” says Ludamo, adding that the country’s floricultural sector has risen by 300 per cent in output, making it the second fastest-growing flower bouquet exporter.

However, Phylis Wakiaga, the chief executive of Kenya Association of Manufacturers (KAM) sees a brighter future in Kenya’s industrial sector.

“Deindustrialisation is not representative of the progress we are making as a country towards industrializing,” she argues.

“We have taken great strides to introduce strategies such as the Special Economic Zones (SEZs), Industrial Parks, and policies and regulations that complement them to create a suitable environment for industry to thrive.”

Wakiaga, however, admits that there are indeed challenges in the sector.

KAM has been advocating for a competitive business climate that supports both domestic and foreign investments in a bid to spur growth in the manufacturing sector.

“Our economy is taking a big hit with masses rendered unemployed, productive jobs reducing with the massive emigration (of companies). Investors are also becoming hesitant about spending their money in Kenya’s economic growth,” says Wakiaga.

She adds that through the Kenya Industrial Transformation Programme (KITP), which is a brainchild of the Ministry of Industry, Trade and Cooperatives, the government aims at increasing manufacturing to over 15 per cent of GDP, create about a million jobs, increase Foreign Direct Investment (FDI), and improve Kenya’s ranking in the ease of doing business to top 50 by the year 2020.

On the other hand, the government is expanding and improving on infrastructure in a bid to ease transportation of goods and delivery of services.

Projects such as the underway construction of Standard Gauge Railway (SGR), expansion of Port of Mombasa and the Lamu Port South Sudan Ethiopia Transport (Lapsset) Corridor are expected to improve on transport infrastructure.

In a bid to reduce the cost of electricity, Wakiaga says the national grid has generated an additional 500 MW of electricity, a move that has cut government expenditure on the importation of power.

“With a major component of energy mix being from renewable sources, the cost of energy has since dropped from US$18.7/kWh to the current US$15/kWh,” says Wakiaga.

Also, through consistent engagements with the government, the number of licenses has reduced, and a Single Business Permit is now in place.

Additionally, KAM has partnered with institutions such as the judiciary to develop the Illicit Trade Manual, which is aimed at combating illicit trade and routing out counterfeited goods.

Signaling a raft of reforms in the sector, Kenya jumped 21 places to position 92 in the recent World Bank Ease of Doing Business report.

The improvement was due to five reforms in the areas of starting a business, obtaining access to electricity, registering property, protecting minority investors and resolving insolvency.

“We will not relent until we attain position 50 by 2020,” says Industrialization Cabinet Secretary Adan Mohamed when Kenya was ranked among the most improved economies in the World Bank’s 2016 Ease of Doing Business report.

The leading private university in Uganda