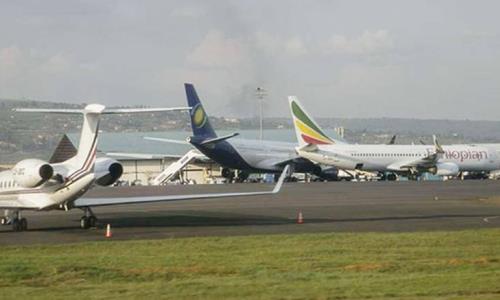 AviaDev, Africa’s premier event dedicated to developing connectivity to, from and within the African continent, in conjunction with partners, MIDAS Aviation and Futureneers Advisors have estimated the potential revenue from new African aviation routes could yield USD $29bn in direct revenue. This revenue, which is more than the individual GDP’s of 70% of the countries in Africa, could be realized if the largest airports in each African country are connected with one another.  Currently, only 33.7% of this huge market is served, meaning that there is over USD
$19bn in untapped annual revenue.

AviaDev, now in its fourth year brings together airports, airlines, tourism bodies and suppliers and customizes one-to-one meetings so that new partnerships and routes can be created.  AviaDev’s managing director, Jon Howell, unveiled the event’s mission: to connect the largest airports in each African country with one another. He stated, “AviaDev aims to challenge the status quo through encouraging disruptive thinking. We believe our new mission crystallizes the opportunity that African aviation presents, and we look forward to driving the industry forward and measuring the progress made. We are encouraged by the drive on the continent towards partnership and collaboration”

Rebecca Rowland, Partner at Midas Aviation, who estimated the current aviation services said, “We’ve looked at how well-connected Africa is in terms of the flights between the largest airports in every country, which mostly means the capital cities. Only a third of these routes currently have regular air services. We know that connectivity is vital for economic growth and trade, so the potential is huge. As the visa regimes become more open and regulatory constraints looser, we should see many more of Africa’s capitals connected to each other and, with that, we’ll see more of the opportunities realized.”

Martin Jansen van Vuuren, founder of Futureneer Advisors, quantified the potential revenue from the new aviation routes. He indicated that the potential aviation growth could result in additional hotel growth, which will further add revenue to the destination.  He said, “Considering the anticipated increase in air connectivity, estimations on the number of room nights and expenditure per person can be made.  With this is mind, it is fair to say that anticipated investment of USD $194bn could be made in new and existing hotels across the continent in the coming years, further showcasing the untapped potential of Africa.”