JKIA is the Fastest Growing Cargo Airport in Africa, Report 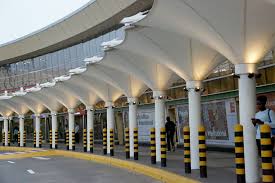 Jomo Kenyatta International Airport is Africa’s fastest growing global airports, due to its ability to handle cargo that is worth over 250,000 metric tonnes.

This is according to a recently published report by the Airports Council International, which states that JKIA airport can handle cargo that is worth 342, 597 metric tonnes, as of this year.

It is a turnaround for JKIA, which earlier this month, had been dropped by the national carrier, Kenya Airways, following a proposal to operate the airport for the next 30 years.

This had been part of the Privately Initiated Investment Proposal (PIIP), that had been tabled by the Transport Committee of the National Assembly.

Prior to the drop, analysts had wondered how JKIA, which earns Kenya Airports Authority (KAA) over seventy percent of the revenue, as one of the largest international airports in East Africa, while Kenya Airways, has been having problems of late.

The national carrier is ailing from management and financial woes, the recent being sending its Chief Financial Officer, Hellen Mwariri, on compulsory leave for being a whistleblower barely a year after she had been hired.

Kenya Airways had offered to take over the management of JKIA from the KAA six months ago, in what is known as “Project Simba”, which had been opposed by the Kenya Aviation Workers Union (KAWU) back in March, who had expressed fear over losing their jobs.

Not only does JKIA handle cargo, such as agricultural produce, but also local and international arrivals from different parts of the world.

While there have been plans by the Kenyan government to expand JKIA’s second runway so as to cater for global routes, despite financial backing from the African Development Bank, these plans have been put on hold.

The current focus of the Kenyan government seems to be focusing on constructing its three terminals, so that JKIA can in the future be able to accomodate over 10 million passengers.

The KAA is also surrounded by another controversy involving the six decade old airport in East Africa, JKIA.

The Authority, together with another party, Magnate Ventures, are being probed for offering  weak screening machines provided to JKIA, in a $ 2.9 million tender.

Overall, the management of JKIA is a sensitive subject. While the KAA has been able oversee the upgrade of JKIA, including expansion of the airport, having a new Terminal 4, albeit with its disruptions here and there, the Authority has also in the past been accused of being unable to maintain its facilities

“ KAA needs to rectify how the facilities at JKIA work because they are below par,” Nairobi Governor Mike Mbuvi had lamented in a video.

The airport can be able to handle cargo that is worth 871,596 metric tonnes.

It is followed by Philadelphia Airport in the United States of America (USA), which can be able to handle cargo that is 503,766 metric tonnes.

“Xi’an Airport in China and Rockford Airports in the USA, respectively, are ones that can be able to handle cargos that are worth 312,639 and 366,332 metric tonnes, respectively,” states the report.

China further ranks top of the list for having an airport in, Hong Kong, that has consistently held the top rank for the last two years, that is 2018 and 2017. In 2018, Hong Kong was been able to handle 5.1 million metric tonnes of cargo, a 1.5 percent change.

This is positive news for Hong Kong which has been in the news for rather negative reasons, such as having protests since June, due to the Bill that was proposed earlier on in the year by the Chinese government.

There is however, resistance against The Bill, known as the  Fugitive Offenders and Mutual Legal Assistance in Criminal Matters Legislation by the protestors, mostly young people, who want the proposed legislation to be cast away for not being representative.

While the government has been trying hard to quell the protests, though lobby groups such as Amnesty International, have castigated the attacks for being too harsh.

In a recently released joint survey done by the American Chamber of Commerce and Ipsos Synovate, it noted that Singapore, which is found in the Southeast part of Asia, has a 64 percent chance of benefitting from the Hong Kong human rights protests.

This creates the perception that Hong Kong could be discarded as a key business community in Asia.

There are other airports that have held the top spot for the last two years. For instance, the airports in  Memphis in the United States, which have been able to handle 4.4 million metric tonnes, and Shanghai in China, which handled cargo that was 3.8 metric tonnes.

This was a 3.5 percent change than was the case the previous year.

Kenya suspends all inbound and passenger flights from UAE

Fly 748 increases flights to Mombasa & Ukunda ahead of peak season