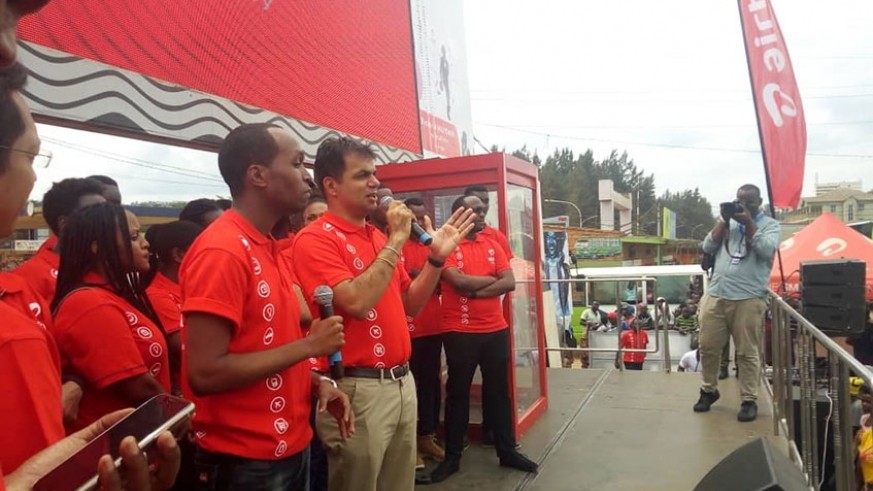 Airtel Rwanda on Thursday launched its three months promotion where clients and agents stand a chance to win huge amounts of money every time they transact on Airtel Money.

The mobile money campaign  dubbed ‘’Bukya Uri Millionaire’’, is  aimed at promoting  cashless economy will see lucky customers of Airtel win cash prizes when they carry out transactions such as sending and receiving money on their phones, paying for water, electricity, school fees, pay for e-government services such as Irembo among others.

Airtel Rwanda will also reward its agents and ‘Super Agents’ based on the number of unique customers they serve. This will be through a weekly draw of Rwf 1.5 Million for the agents and brand new motor bike as a weekly prize for the super agents.

‘’Airtel is going to reward you for your loyalty every time you carry out a transaction using the mobile money services. Be it paying for electricity, water, school dues and all government services,’’ Nyabugogo, Amit Chawla the Managing Director of Airtel Rwanda said during the launch.

At the same event, one lucky winner was able to walk away with Rwf 83,500 which he won at a cash box machine. Cash Box machine is whereby a selected participant is allowed to collect as much money as they can in specified duration.