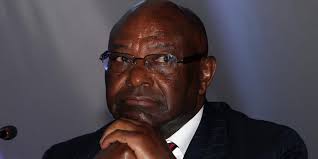 Billionaire businessman Jimnah Mbaru has made some Sh. 450 million from a share sale deal.

This is after the businessman sold 50 million Britam Holdings shares to Zurich-based insurance giant, Swiss Re. This share sale means that the founders of Britam have now ceded control of the firm to a foreign investor.

Last year, Swiss Re also purchased over 300 million shares from Peter Munga. The multinational, which now has a 15.79 percent stake in Britam, did not disclose the price it paid in the deals with Mr. Munga and Mr Mbaru.

Africinvest’s stake of 16.2 percent emerged from a combination of being issued with new shares and buying additional stock on the NSE.

IFC was also issued with new shares, resulting in its 8.8 percent equity. The transactions have been motived by a need to raise new capital to fund the company’s growth and the founders’ desire to take profits and diversify their personal portfolios.

Increased purchase of the insurer’s shares by the institutional investors signals their confidence in Britam’s long-term future prospects despite its recent weaker earnings and share price rout.

The company’s market capitalisation has dropped 62.8 percent from its peak of Sh. 57.6 billion in February 2015 to the current Sh. 21.4 billion, with the share price receding to the present level of Sh. 8.5.

Britam reported a Sh. 2.2 billion net loss in the year ended December compared to a net Sh. 527.4 million profit the year before, with the performance attributed to Sh. 3.2 billion paper losses on its listed equities investments among other factors.