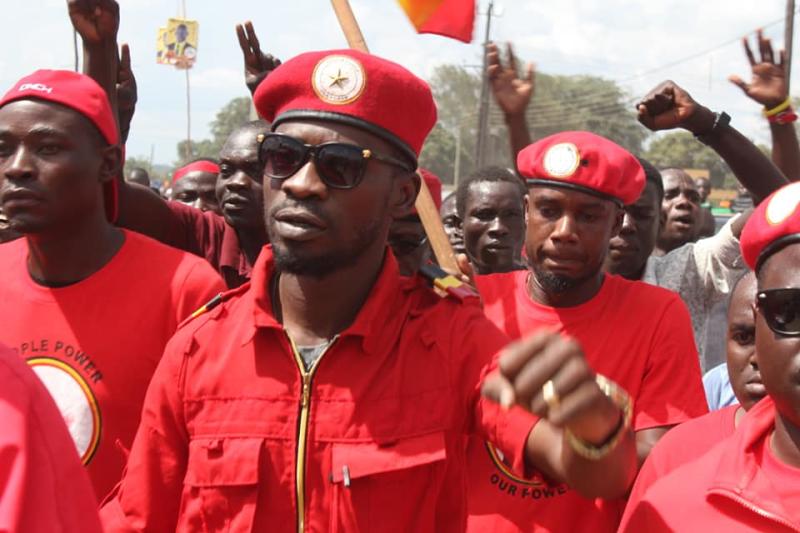 News of Bobi Wine’s arrest was confirmed by a handler of his Twitter account, who said the youthful legislator had been ‘violently arrested’. 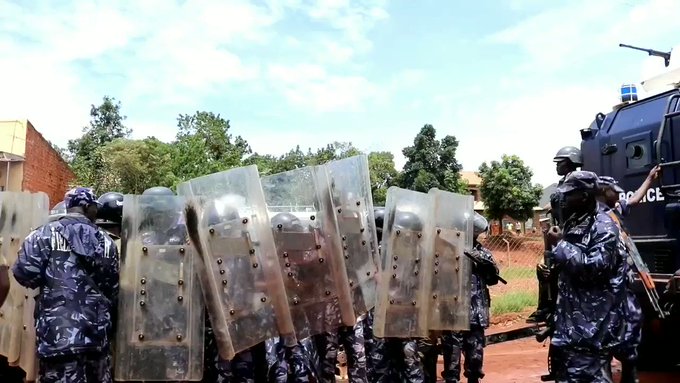 VIDEO: @PoliceUg breaking into Bobi Wine’s car and arresting him

Bobi Wine had been leading a procession of his supporters to a beach venue on the outskirts of the capital Kampala, which was to host one of his scheduled concerts.

Ugandan police then used teargas and water cannon to disperse a gathering of Bobi Wine’s supporters, who had gathered at the venue for the Kampala concert.

“Police is empowered by the law to use reasonable force and that’s what we did to disperse his supporters and make him comply with our orders,” police spokesman Patric Onyango said.

At a meeting with artists and music promoters last week, president Yoweri Museveni said music shows that are laced with politics will not be tolerated, the local Daily Monitor reported.

“The President is concerned about harmful music shows that he told us to avoid. He also made it clear that politics in some shows will not be tolerated and warned that he will not compensate anyone in future whose show will be cancelled because of politics,” Tonny Ssempijja, the coordinator of Uganda Music Promoters and Venue Owners Network, said on Saturday.

Artists and promoters who incurred losses because of Bobi Wine’s cancelled shows were reportedly compensated.