The first flight of EgyptAir, operated by the airline’s Boeing 737-800’s touched down at Kigali International Airport at 3:30am on Sunday 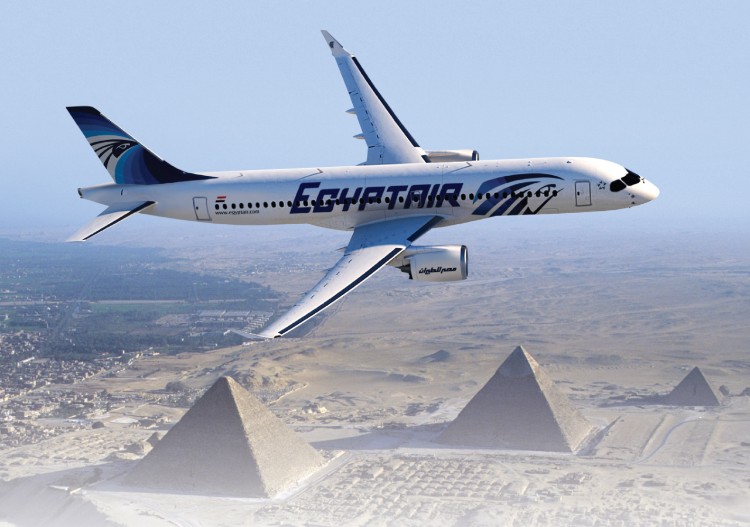 Egypt’s national carrier EgyptAir on Saturday launched two weekly flights connecting Kigali and Cairo, a development officials say will boost trade ties between Rwanda and Egypt and ease the cost and movement of people and goods.

The first flight of EgyptAir, operated by the airline’s Boeing 737-800’s touched down at Kigali International Airport at 3:30am on Sunday and was greeted by a ‘water salute’ from Rwanda Civil Aviation Authority, making the EgyptAir the 8th airline to have direct flights to Kigali.

The Minister of State in charge of Transport, Jean de Dieu Uwihanganye, who officiated at the launch of the EgyptAir flights to Kigali, said that the opening of the Cairo-Kigali route by the EgyptAir, confirms Rwanda’s ambition to become an aviation hub.

“The arrival of EgyptAir affirms Rwanda’s ambition to make aviation a pillar in the economic transformation of the country. We are continuing to achieve that target step by step. As part of our aviation policy, we have liberalized our airspace, which is why we are receiving our brothers from Egypt and other African countries with open arms,” he said.

The state minister said that EgyptAir opening the route also comes with new economic opportunities and jobs for both countries.

“There are a lot of economic opportunities because relations between Rwanda and Egypt have in recent years warmed up and we are seeing improvement in terms of trade –an increase in the amount of goods we export to Egypt and what we import from Egypt,” he said.

“There is a lot of potential in many areas, for instance tea. Egypt is one of the biggest consumers of tea in Africa and the world and Rwanda produces some of the best tea in the world. This is an opportunity. Egypt also produces many materials which are needed in Rwanda. EgyptAir will facilitate trade between our two countries. Transport is a key enabler,” he added.

The Egyptian ambassador to Rwanda, Ahmed El Ansary said that the Egyptian airline picked Rwanda because it is one of the fastest developing economies on the continent, adding that Rwanda has been keen on opening her airspace to Egypt, to facilitate trade and bilateral relations between the two countries.

“It goes without saying that Rwanda is one of the fastest growing economies in Africa. We have been working on this for the past six months. We were really received with open arms. We always talk about the challenges of connectivity between our African capitals and I guess with EgyptAir on the ground today in Kigali is a step in the right direction.”

He pointed out that there is a lot of appetite within the business communities in Egypt and Rwanda to explore available trade opportunities and EgyptAir coming to Kigali will enable business people to take advantage of the opportunities.

According to Ahmed Adel, the chairman and CEO of EgyptAir, the airline deployed one of its latest aircrafts, the Boeing 737-800, which is covered with the Egypt men’s football national team, in anticipation of the African Cup of Nations (AFCON 2019) to be hosted by Egypt in June.

“The national carrier of Egypt has put in place ambitious plans to expand to the strongly rising countries in Africa, such as Rwanda, one of Africa’s new hubs,” Ahmed Adel said in a press release.

The airline also said it will be running promotional offers through their country general sales agent Alpine Travels to encourage more people to travel to Egypt, which is one of the continent’s leading tourist destinations.