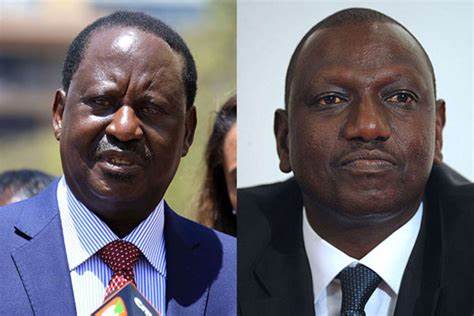 The Azimio la Umoja One Kenya Coalition boss Raila Odinga and Deputy President William Ruto are left with a minimum of two weeks for the selection of running mates in the race for the presidency.

By April 28, the presidential candidates are supposed to submit their names accompanied by their running mates to the Independent Electoral and Boundaries Commission (IEBC).

This turns out the main mystery as the main contenders still juggling within their respective camps still unsure which candidates to settle on for the running mates.

A topic that has become quite controversial to an extent that the running mate’s choice has to be assigned based on area representatives believed to have an ability to amass several votes for the candidate.

IEBC Director for Legal and Public Affairs Chrispine Owiye confirmed that the presidential contenders have until April 28 to present their names as well as that of their running mates for clearance.

“The names of both principal and running mate are sent together. They are one package,” Mr. Owiye said.

A deadline that comes in six days after the conclusion of the party’s primaries, applies to presidential candidates as well as contestants for other seats who will have been nominated by their parties.

IEBC wants political parties, coalitions, and coalition political parties to submit names of candidates intending to run on their tickets for the presidential, governor, senator, woman representative, MP, and member of the county assembly.

Therefore nominations are set to end on April 22. Left with just two weeks to the deadline, Dr. Ruto and Mr. Odinga’s strategists have embarked on a critical analysis of the best possible running mates, who would become deputy President should either win the august 9 General Election.

The gubernatorial and presidential candidates are expected to name their eligible and settled deputies. 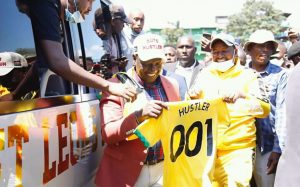 Hence consultations are still ongoing among the camp and its leaders on who will be the best option.

As for Raila Odinga, some of the major aspirants are Wiper leader Kalonzo Musyoka — who had been his deputy in the 2013 and 2017 elections — 2013 presidential candidatesPeter Kenneth and Martha Karua as well as Agriculture Cabinet Secretary PeterMunya, not forgetting Governor Alfred Mutua who also expressed his interest for the post. 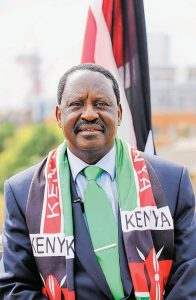 Mr. Odinga’spresidential campaign board chairman Ndiritu Muriithi and chairman of Dr. Ruto’sUnited Democratic Alliance (UDA) party, Johnson Muthama, yesterday exuded confidence that their camps will produce the best tickets assuring the voters of a win in the August elections.

Mr. Muthama said: “On the running mate position, there is no panic at all on our side. We are set but we don want to be the very first ones to do everything. We are, however, ready to meet the deadline and there is no vacuum on our side.”

While Mr. Muriithi said, “we are spoilt for choice. I can tell you without fear of contradiction that we have a galaxy of high-quality prospects on our side compared to our opponents. This election is for us.”

Even with Murang’a senator Irungu Kang’ata, as well as MPs Didmus Barasa (Kimilili) and Daniel Rono (Keiyo South) the three believe that Mr. Muturi’s entry into the DP’s fold does not in any way change his running mate equation.

“At all times, we knew he supports DP. Therefore, we had him in our calculations. Yes, he is a senior politician and therefore has the advantage. The DP will weigh each aspirant accordingly,” said Mr. Kang’ata.

Mr. Muturi’s move now puts him slightly above other members of the coalition, by virtue of his position and political clout, with a possibility of clinching the running mate slot, especially being a native of the Mt Kenya region.