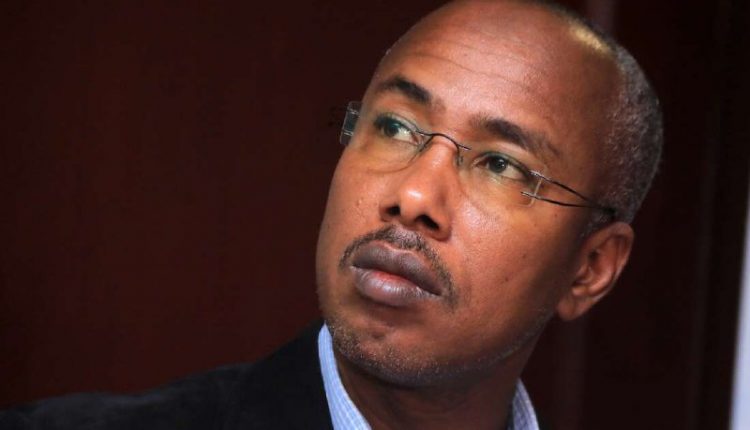 Marjan Hussein Marjan has officially been confirmed as the Chief Executive Officer of the (IEBC) Independent Electoral Boundaries Commission.

IEBC chairman Wafula Chebukati, said he was found as the most suitable candidate in the just concluded recruitment process.

Marjan, was among the five candidates shortlisted. He is therefore set to take over from Ezra Chiloba who was fired due to alleged misconduct.

Hussein’s rise commenced after he was appointed by Chebukati as the October 2017 repeat presidential poll coordinator.

The commission having received 860 applicants for the position. Chebukati’s commission had earlier on shortlisted Marjan, the 2017 deputy CEO Nancy Wanjiku, Mabonga Joel, Zephaniah Okeyo and George Michugu from a list of over 500 applicants.

The commission is concentrating on having its house in order to correct the indicting mistakes cited by the Supreme court in the 2017 presidential petition.

The interviews for the deputy CEO are set to commence on March 10.

Mule Musau, Election Observation Group coordinator had said IEBC must go for a CEO who has a strong grasp of the management of the electoral process. Although the time left to polls is constrained, it is a duty of the commission to ensure someone hired is well experienced in election matters.

“We need one who would quickly establish a good working relationship with the commissioners and acquaint themselves with the entire secretariat including field officers,” Mule said.