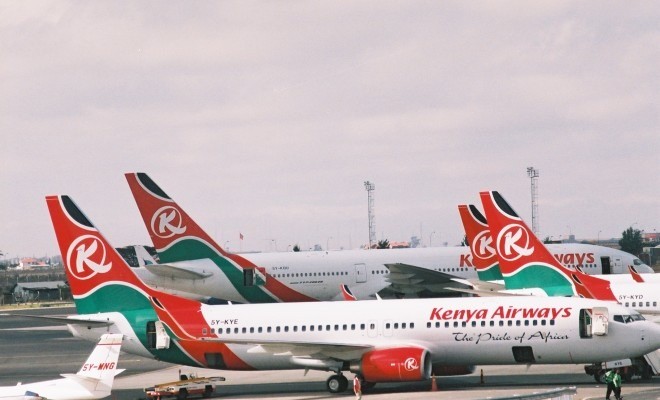 The National Assembly’s Transport Committee has shot down the proposed take over of Jomo Kenyatta International Airport by national carrier Kenya Airways and in its place recommended that the airline be nationalized.

The committee, in the report, noted that taking into account KQ’s financial health, the government and the people of Kenya stand to lose the most if the status quo remains.

The National Assembly hence wants the Government to take full ownership of KQ if the fortunes of the national carrier are to be turned around, adding that KQ is in no way able to handle the running and management of JKIA.

While, the resources of the aviation holding company and any revenue generated from such resources must be utilized for the mutual benefit and development of all its subsidiaries, all air navigation services shall remain within the exclusive mandate of the Kenya Civil Aviation Authority.

Some of the recommendations aimed at benefiting the airline include amending the Excise Duty Act to exempt the aviation holding company and its subsidiaries from excise duty on all excisable goods including imported jet A-1 fuel for a specified period, and amending the second schedule to the Value Added Tax Act to zero-rate all supplies made or received by the aviation holding company and KQ.

KQ is a private company listed at the Nairobi Securities Exchange which, in terms of shareholding, the Government of Kenya owns 48.9%, KQ lenders company 38.1%, KLM 7.8%, the employee share ownership plan 2.4%, and other individual shareholders 2.8%.

If the National Assembly passes the proposal, the National Treasury will have to buy off shares from the shareholders, something that featured prominently in KQ’s last AGM.

The committee observed that there was a conflict of interest with regard to the consideration of the PIIP since the Chairperson of KAA is also the group CEO of Commercial Bank of Africa; one of the banks whose debt was converted into equity held by KQ lenders in the 2017 restructuring of KQ.