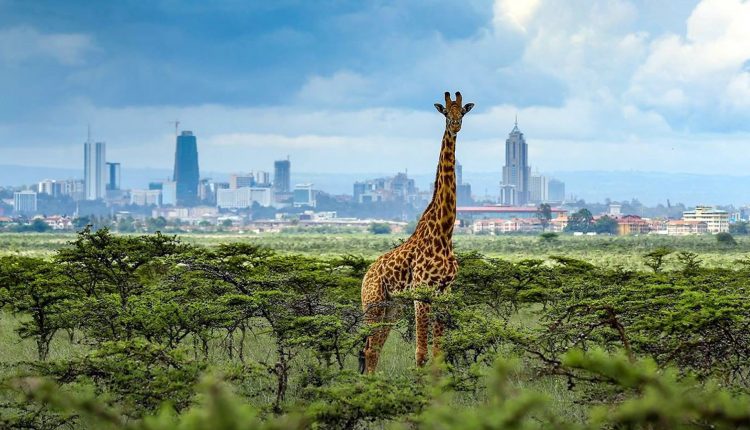 The government of Kenya has awarded a title deed to Nairobi National Park for the 2000 acres Government land that was formerly known as Sheep and Goat Research Facility, which is adjacent to the Park. The title was awarded by President Uhuru Kenyatta at a ceremony at the Kenyatta International Convention Center yesterday.

“Giving the title deed to Nairobi National Park enables the Park to secure the much needed space for wildlife and is a clear testimony of Kenya’s commitment to wildlife conservation. We must secure more space for wildlife habitat for posterity,” the President said. With the formal acquisition of the title deed for the 2000 acres Sheep and Goats Research Facility, it means that Nairobi National Park will enlarge from its current 29,000 acres to 31,000 acres under Kenya Wildlife Service protection.

In September this year, ILRI and Swara Plains Conservancy declared 32,000 and 15,000 acres of land respectively for wildlife conservation in Machakos County. This means that the Park will have 47,000 acres available as dispersal area for wildlife.

Nairobi National Park is the only park in the world within a Metropolitan area. However, it faces threats due to the numerous infrastructure development brought by human settlements adjacent to the park.

Due to reduced space for wildlife in the park, several animal species occasionally move out of the park to the adjacent communities in search of forage and water. In the process, it leads to human-wildlife conflicts outside the park. The Sheep and Goat Research Facility will therefore provide additional habitat to wildlife resulting in reduced conflicts between wildlife and people.

How M-PESA is championing the global e-commerce platforms