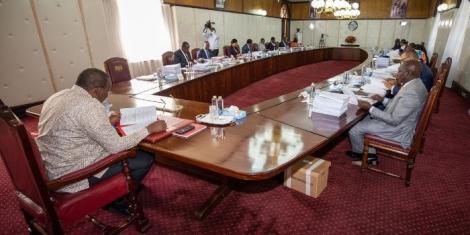 Jobseekers interested in serving the Kenyan Government as principal secretaries have seven more days to apply for the vacancies.

Initially, the vacancy had been open for all candidates until Tuesday, September 20.

“The Public Service Commission (PSC) has extended the deadline for submission of applications for the advertised positions of principal secretaries in the public service from today September 20 to Tuesday, September 27.
“According to PSC Chief Executive Officer Simon Rotich, interested applicants now have seven more days to apply for the positions that are expected to fall vacant following the General Elections held on August 9, 2022,” read the statement in part.

At the beginning of September 2022, PSC invited applications for the 44 principal secretary slots whose successful applicants will be forwarded to President William Ruto.

The appointed PS will report directly to cabinet secretaries hand-picked by Ruto and vetted by Parliament.

Among the roles, the PSs will take, is being the accounting and authorized officers of their state departments.

“A detailed curriculum vitae should accompany each application. Copies of relevant academic and professional certificates and transcripts, National Identity Card or passport, testimonials, and other relevant supporting documents will also be required.

“Scanned copies of these documents must accompany an online application,” PSC directed.

It also advised applications that letters delivered physically should be marked ‘Application for the position of Principal Secretary.’

“Manual applications should be hand-delivered to the Office of the Secretary/CEO situated on the 4th floor of Commission House, off Harambee Avenue,” the notice added.

A list of successful candidates will be published in the print media.