cheap mexican pharmacy neurontin
The news is by your side.

Saccos key to accelerating uptake of affordable homes by youth 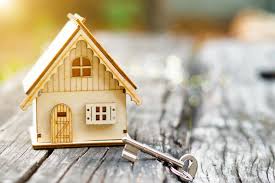 The youth can tap into cheaper, flexible credit facilities offered by Saccos to enable many own affordable housing units and power up the government’s Big 4 agenda on housing, Mizizi Africa Homes has said today.

Homeownership by youth is critical in helping them and their families gain a sense of stability and security and allow one to make an investment in their future to cushion against unexpected economic turbulence.

“Saccos are appreciating that most prospective homeowners find it difficult to get guarantors. They also understand that title deeds might not be out faster so they depend on agreement signed between home buyer and real estate developers to structure credit before Title deeds are out to act as collateral,” said Mizizi Africa Homes Chief Executive Officer, George Mburu.

Over the last two years, Saccos have been adopting customised financing models that favour borrowers without guarantors.

He adds, “Lack of guarantors has been a challenge that previously made it difficult for Saccos to structure home loans but now we are seeing them embracing the idea that they can fund someone who wants an affordable house.”

Most Saccos in the market the developer said are embracing a new model of financing homeownership by allowing prospective homeowners to save for a specified period usually from six months and the current balance earns prospective borrowers up to six times the value of their savings to help them secure a home.

For instance a prospective homeowner saving about Sh 700,000 in a span of six month can qualify for a loan of up to Sh 4.2 Million repayable in four to five years at 12 per cent interest on reducing balance.

It means you get to clear loans even faster compared to the current 25 year term in commercial banks.

“This gives you a greater edge since you stop paying rent earlier and focus on reducing your loan balance that you can also restructure for those who have shown commitment in payment of their facilities since Saccos are not very strict,” said Mburu.

Kenya has more than 5,000 Saccos out of which 80 per cent controls in excess of Sh600 billion in deposits  with an asset base of more than Sh800 billion.