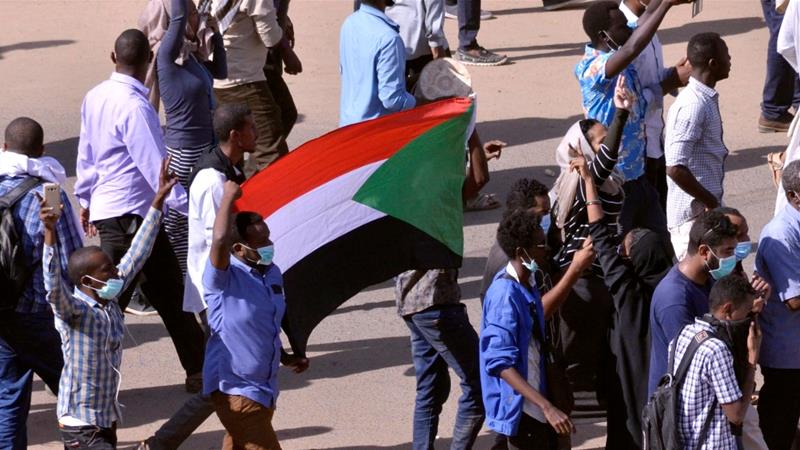 The Sudan’s army has said it will make an important statement, amid mounting evidence that it was orchestrating the ousting of President Omar Al-Bashir after 30 years in power.

“The Sudanese army will issue an important statement soon. Wait for it,” a state television anchor said, as a sit-in by protesters outside the defense ministry compound in central Khartoum entered its sixth day.

State media offered no further details, but government sources and officials confirmed  that Bashir had stepped down. A government minister also said that consultations were under way to set up a transitional council to run the country.

In further dramatic developments, the Suna state news agency reported that the National Intelligence and Security Service had announced the release of all political prisoners, and soldiers were seen raiding the headquarters of the Islamic movement led by Bashir.

Witnesses reported protesters had stormed buildings of the powerful intelligence services in two eastern cities when the prisoner releases failed to materialize.

Despite lack of concrete information about what was happening, tens of thousands of Sudanese matched through the center of Khartoum in jubilation, dancing and chanting anti-Bashir slogans.

The news of an announcement from the army came as analysts warned that Sudan could descend into anarchy if its political crisis were not resolved peacefully and rival factions within the security establishment fight for power.

The country, one of Africa’s biggest and most strategically important, has been paralyzed by months of protests against Bashir’s 30-year rule. There were reports that he was under house arrest with a number of aides at the presidential palace.

Since Saturday, thousands of people have camped at a crossroads in the center of Khartoum, calling for Bashir to step down. Attempts by security forces to break up the demonstration have killed at least 22 – including five soldiers, who organizers said were defending the protesters – and injured more than 150.

The area of the main protest in Khartoum has expanded slightly since the weekend, witnesses said. Makeshift medical facilities and water distribution points have been set up while protesters have organised cleaning patrols to sweep away rubbish.

There have also been reports of protests elsewhere in the country of 40 million people, including Port Sudan in the north-east.

“These kinds of anti-government demonstrations are not new, but this time a much wider swath of society is involved … including professional classes who for decades were either driven overseas or co-opted [by the regime],” said Zach Vertin, an analyst at the Brookings Institution think-tank and author of a new book on Sudan and South Sudan.

Jehanne Henry, an expert on Sudan with Human Rights Watch, said the current round of protests had been boosted by “a greater mobilization across the board”.

Another new factor is the apparent split within the security forces. Some elements within the military appear to be siding with demonstrators against armed militia loyal to Bashir and the feared intelligence services. “This is unprecedented. We are in a new landscape now,” said Vertin.

On Tuesday, demonstrators were seen hoisting soldiers on their shoulders while others joyfully saluted soldiers in armored vehicles.

“This is an obvious endorsement that is better understood as a co-opting of the protest movement,” said Magdi el-Gizouli, an analyst with the Rift Valley Institute. “The events of April 6 and 7 have rehabilitated the moral standing of the army and affirmed its political weight.”

There have been reports of senior police commanders and militia leaders pledging not to harm the protesters, though it is unclear if these have been officially endorsed.

Protest leaders have called on the army to help resolve the crisis, possibly by taking temporary control of the government.

“Sudanese always believe that transition should come through the military. All are mindful of what instability could cause. Any chaos could have a very high cost,” said Saif al Din Abdelrahman, a Sudanese economist and expert, in Nairobi, Kenya.

Analysts have pointed to four possible future scenarios. One – now seen as increasingly unlikely – was a brutal crackdown by security forces loyal to the president.

Bashir might equally make concessions in the hope of retaining some power, perhaps accepting a more ceremonial role and pledging not to stand in elections in 2020. This is unlikely to satisfy the protesters, however, and would need backing from within both the military and the ruling National Congress party.

The US, Britain and Norway have all called on the Sudanese authorities to deliver a credible plan for a peaceful transition of power. But a problem here is that Bashir faces charges of genocide and war crimes at the internationalcriminal court (ICC) and thus the possibility of arrest, trial and a lengthy prison sentence if he travels overseas. “It would have been much easier for a transition if there was no ICC. The indictment leaves few options [for Bashir],” Abdelrahman said.

Pro-democracy activists detained in recent months have been accused by state security agents of making such chaos more likely through their calls for reform, campaigners say. 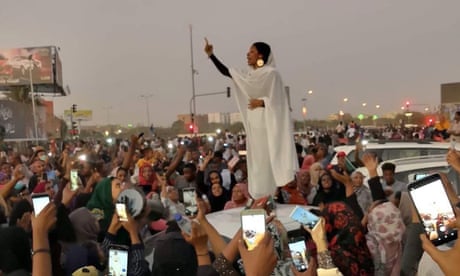 But analysts say it is more likely that a collapse of law and order would be prompted by the rivalries between different factions within the security establishment, not the actions of the protesters. Militias, soldiers, police and others loyal to individual commanders and political actors might fight for power on the streets of major cities, while remote areas slip beyond central government’s authority.

The consequences of such chaos for the region as well as for Europe and the Middle East would be grave.

Protest leaders say they are very aware of the examples of Libya, Syria and Somalia but are committed to bringing change.

“The Sudanese people have been resilient in trying again and again and this one may be the final straw for Bashir’s regime. We have reached a tipping point,” said Andy Atta-Asamoah, an analyst with the Institute for Security Studies in Pretoria, South Africa.