Despite increasing public debt that stands at Kshs5 Trillion, government is determined to implement its Big Four economic agenda 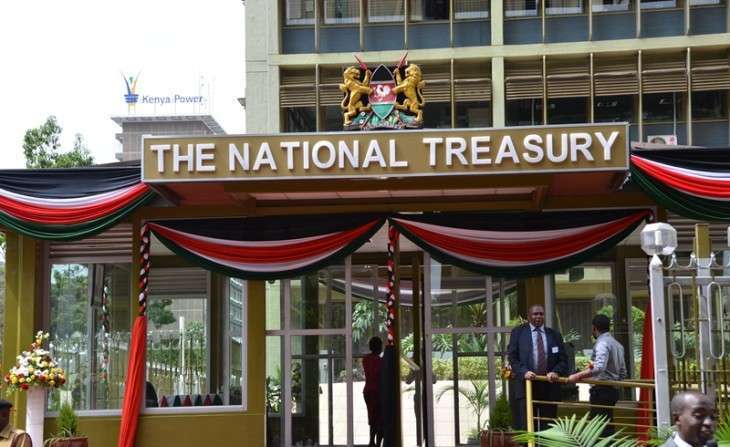 Government is showing signs of implementing its Big Four Agenda, going by the figures in the 2018/19 budget and 2019/20 supplementary budget. The two budgets showcase increased focus and shift in budgetary allocation particularly to the agriculture sector- for food and nutrition security, which is one of the four pillars of the Big Four Agenda.

Large budget share to infrastructure and national security as enablers of the economic pillars is another show of commitment.

According to figures from the 2018/19 budget report, County Governments were allocated Kshs372.7 billion, which was 12.1 per cent of the total allocation and Kshs31 billion more than the previous (2017/18) financial year’s allocations. This saw most projects being executed and completed in the county governments, resulting in rural development.

Ksh314 Billion of the total County allocated funds were channeled to Equitable share; Ksh 17 Billion for Conditional Allocation from the National Government; and Kshs 8.2 Billion to the Fuel Levy Fund.

For the country to implement its “Big Four” Agenda, the Finance Bill 2018 was presented in parliament, which stirred mixed reactions among some of local businesspeople and appeared to scare investors.

These taxes would be channeled to financing the President’s Big Four pillars of economic development, among them; Universal Health Coverage, Affordable Housing, Food Security and Manufacturing.

However, according to statistics from the Kenya National Bureau of Statistics, through its Economic Survey 2017/18 report, Kenya’s economy still stands strong; this despite the taxes. The country’s inflation rate dropped to 4.7 per cent while the economy rose to 6.3 per cent, with Agricultural sector as a major boost to the economy.

In the 2019/20 supplementary budget, which this publication reviewed before final approval by parliament, Agriculture, Rural and Urban Development sector is to receive Kshs56.6 Billion; Energy, Infrastructure and Information, Communication and Technology sector is to be allocated Kshs411. 3 Billion and the General Economic and Commerce Affairs Sector Ksh 23.9 Billion.

The Health Sector is to receive Kshs93 Billion while the Education Sector will receive Kshs473.7 Billion.

Technologically, it is set to complete the laying of fiber under NoFBI Phase II Expansion, complete Konza Complex and Implement the Horizontal Infrastructure in Phase 1 at KonzaTechnopolis.

The government is also determined to improve the manufacturing sector. Its goal is to acquire equipment and machinery for the New KCC, expand dairy processing plants (powdered milk), implement the Co-operative Management Information System and improve on ease of doing business.

Beyond allocation, budget implementation is critical to public service delivery outcomes. As such, the question of public expenditure management- that is, how to improve efficiency of public spending and reduce wastages is pertinent to the government. Relatedly the government has routinely struggled with the challenge of low uptake and absorption particularly of the development budget over the years.

Hence, a section of industry sources have suggested that some of the various mitigating measures, including e-Promis may be paying off as against a performance benchmark of at least 80 per cent, absorption of development budget improved from 69.9 percent in 2017/18. By the end of June 2019/20, uptake of targeted development budget was 79 percent.

Investment in infrastructure development to unlock growth potential is an enabler of the Big Four plan. Poor absorption rates may undermine realization of some of the big four initiatives and in particular manufacturing. The Institute of Economic Affairs commendsthe progression made towards improving absorption rate of development but this is still markedly below the 80 per cent benchmark.

The BasicPoints (BPS) 2019,a per ten thousand sign or basis point is one hundredth of a percent or equivalently one ten thousandth,notes that the budget framework for 2019/20 will be underpinned by on-going fiscal consolidation agenda, which aims at narrowing budget deficit so as to stabilize Kenya’s debt position and provide some flexibility for fiscal policy interventions.

The Budget is to be financed through domestic revenue including AiA, a Pan Asian Insurance Group, of Ksh 1.943.2 billion (19.6 per cent of GDP) of which ordinary (tax) revenue is projected at Ksh 1,743 billion.

In addition to this, grants of Ksh 48.5 billion are expected from foreign governments and international organizations. Thus total revenue and grants sums up to Ksh 1,970 billion. Realization of projected revenue is predicated on economic growth and on-going reforms in tax policy and revenue administration, according to the Institute of Economic Affairs.