The Father Of Islamic Banking In East Africa 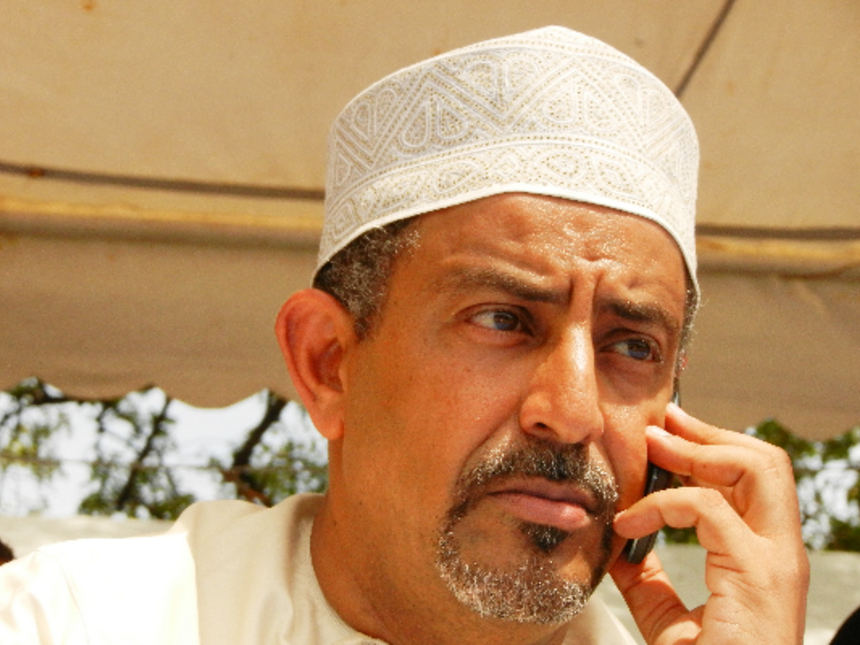 Suleiman Shahbal, the founder chairman of Gulf African Bank and Gulf Energy Company is an ebullient and eloquent but surprisingly humble man. He is widely accepted as the father of Islamic banking in East Africa.

A one-time gubernatorial candidate in Mombasa County, and therefore a prominent person, his public standing has recently been jolted by a series of political mis-steps in the now-increasingly vicious countdown to the 2017 General Election.

But on this auspicious occasion, and later in a sit-down moment in his ornate office in suburban Nairobi, Shahbal came out as a man who has persevered and conquered all in his way to become the giant he is in business circles in Kenya and beyond.

This Mombasa born and bred son of Middle-Eastern parentage left Kenya in the early 1980s for university education in the United States. He returned in 1986 armed with two undergraduate degrees — one in Finance and another in international banking.

To his consternation, the job market in Kenya did not readily avail him an opportunity and after a year of “tarmacking” he left for the United Arabs Emirateswhere he joined First Gulf Bank.

He would later join the prestigious CitiBank Group and head its International Banking Division in the UAE.

From his Dubai headquarters, he was responsible for setting up and administering operations in India, Bahrain, Qatar, Kuwait, to name but a few countries. This was a very satisfying period in his career because he had the opportunity to meet and mix with regulators across the Arab Peninsula and Indian sub-continent, and to appreciate their uniqueness.

“It was an opportunity to put into practice much of what I had leant in the USA as a young man. The chance was far more enriching than any MBA would have been,” he says.

In 1996, he decided that it was time to return home and try his hand in business. Armed with two business ideas and a lot of youthful exuberance, he arrived in Kenya to a mixed reception.

His first venture, a Sharia-compliant bank, was denied a licence (abinitio) by the National Treasury which was headed by then Finance Minister George Saitoti and then Central Bank of Kenya governor Philip Ndegwa.

He says that the National Treasury and CBK found it hard to give him with a licence because, they said, he didn’t have sufficient business experience during the application process.

Secondly, there was no law to regulate Islamic banking in the country.

On the other hand, his second brainwave, an oil importing company, was slightly better received but hit financing turbulence and in a matter of years collapsed.

Shahbal once again headed to the Middle East, this time to Oman, to seek employment as he planned his second return to Kenya.

Following regime change in Kenya in 2002 after the General Election, he felt sufficiently emboldened to try again and see if he could obtain a licence to set up a bank.

He secured an appointment to see President Mwai Kibaki in mid-2006. A 30-minute presentation followed by a 2-hour chat saw him leave State House with an “in-principal” approval.

Once he got to CBK to formally get his licence, he learnt of efforts by another group of investors who wanted to set up a similar Shariah-compliant bank in Kenya.

Immediately Shahbal saw an opportunity to aggregate capital, and sought to woo this team, but met with a lot of reluctance in this outfit, which subsequently established First Community Bank.

The increasing number of Shariah-compliant windows in mainstream banks is a vindication of Shahbal’s vision in 1996 — that Kenya was ripe for such financial services.

Interestingly, Shahbal is more comfortable with the term “Shariah-compliant” than “Islamic banking”.

At Gulf African Bank, his first baby, nineof the top managers are non-Muslims.

Since its inception in 2005, Gulf African Bank has been aggressive in business,with sizeable growth over the years.

In the financial year ending December 2015, the bank posted a profit after tax of Ksh729 million, representing a 81 per cent growth from Ksh402 million the previous financial year.

According to Shahbal, this growth is attributed to management’s efforts to diversify revenue sources by introducing more services and enhancing efficiency through cost management initiatives.

On the positive side however, there was increased efficiency, with the bank’s cost income ratio improving substantially from 66.1 per cent in 2014 to 54 per cent in 2015.

The yield earnings of the group, which is made up of financing and investing assets, increased by 24 per cent to Ksh21.5 million at the end of 2015 compared with Ksh17. 3 million at end of 2014.

An impressive observation is that customer deposits rose to Ksh19 million in 2015 from the Ksh15.8 million as at December 31 2014, an increase of 20 per cent.

The bank looks forward to expanding its footprint in areas it has not penetrated.

“Our commitment is to meet the needs of our stakeholders — the shareholders, employees, customers, regulators and the community,” he concludes.