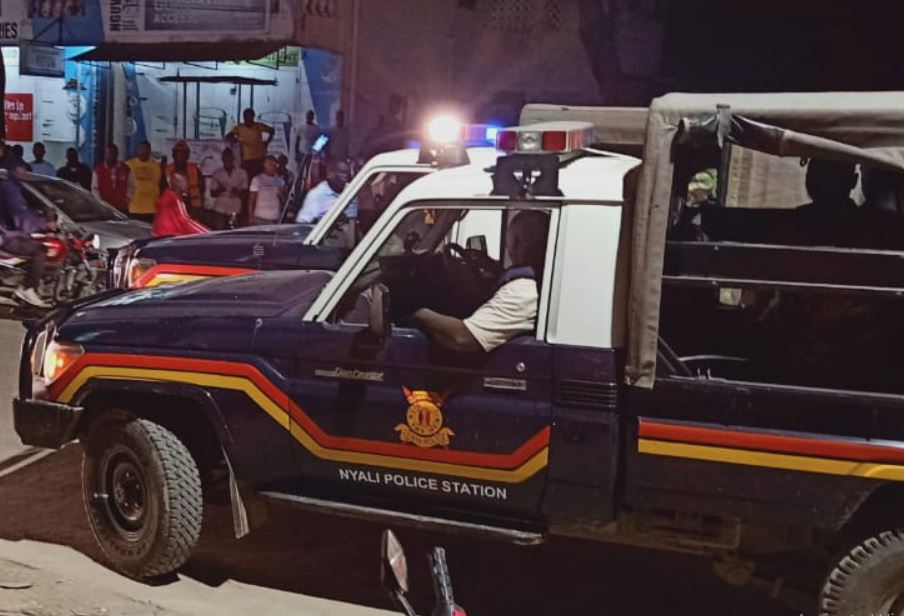 Tension is still high in Bamburi, Mombasa following the night terror that was unleashed by a criminal gang on Monday in an attack that left 13 people injured.

A spot check on Tuesday morning revealed that some businesses remained closed following the attack.

Traders who opened their stalls, which were raided by the attackers, were assessing damage to their property.

“I had Sh80,000 in cash which the attackers stole it. They also made away with my business equipment. I took a loan just recently which I had not even started paying,” said Ms Karianto amid tears.

The residents also blamed police for slow response after the attack.

“I personally called a police officer after the attack and the officer first asked me where I got his number. How can police operate that way? If they had responded on time we would have saved many from being attacked,” said Alex, a boda boda rider.

POLICE ON THE SPOT

Another resident, Abdallah Abdulrahman, accused the police of failing to prevent the attack before it happened.

He said the youths had gone round attacking people in different areas without police catching up with them on time.

“Those youths are known. How would young people converge and go round attacking people without police knowing. This is very sad,” said Mr Abdulrahman.

He said those arrested were found with two phones and a power bank believed to have been stolen from the victims of the attack.

Asked whether there was a security lapse, Mr Ipara said, “I don’t want to lay blame on anybody. Let us conclude our probe and know where we had the problem. If there were any lapses, then we will know how we will address them.”