Whatsapp out to make group experiences pleasant for users 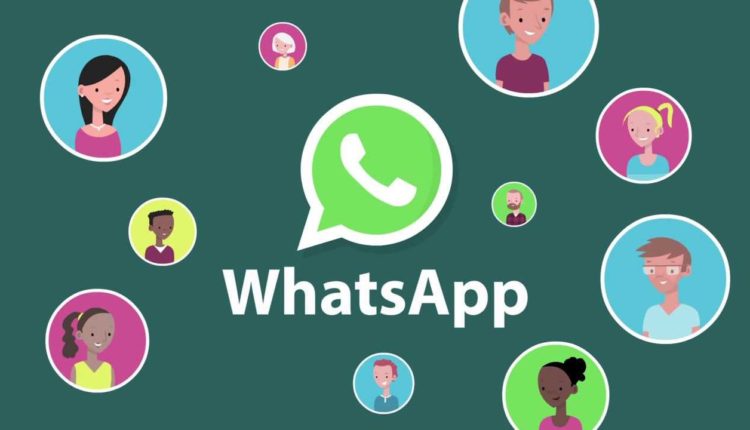 Whatsapp group chats can bring people together and are often a good way to communicate. These groups have made life easier especially when organizing social events or even planning the next work meeting. But, if not properly handled, they can get out of hand and turn chaotic especially when everyone starts to chat on their own, send memes or voice notes. An important information or announcement can easily be lost in between the a thousand memes and Gifs. Even worse some chats do go off-topic which can be a nuisance for people who mind idle chatter.

With that in mind, Facebook owned messaging app Whatsapp, on Monday announced that it has introduced new features to the app that will ease the management of groups for admins. The new feature or update dubbed ‘Send Message’ enables group admins to shut people out from group conversations. Participants can only read messages in the group but won’t be allowed to share or respond to the messages.

According to Whatsapp, the new feature is meant to make group interactions interesting and beneficial to the group members. This is in addition to providing new tools for admins to manage the groups.

“Today, we’re launching a new group setting where only admins are able to send messages to a group. One way people use groups is to receive important announcements and information, including parents and teachers at schools, community centers, and non-profit organizations. We’ve introduced this new setting so admins can have better tools for these use cases,” Whatsapp wrote in a blog.

To enable this setting, users can open “Group Info,” tap Group Settings then proceed to Send Messages and select “Only Admins.” If members who are not admins try to send messages to the group, they will be notified of their inability to do so. They will get a message that reads ‘Only admins can send messages.’

To enable someone to post, group admins will have to make them an admin in the group.  According to Whatsapp, the new setting is rolling out to all users around the world who are using the latest supported versions of the app. 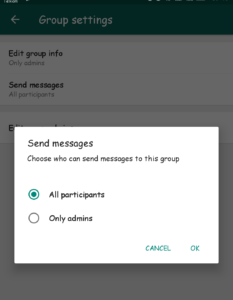 Monica Wambui, a Whatsapp user says, the new feature will come in handy for people like her that hate Whatsapp group chats. “The new update will enable admins to easily keep conversation from getting out of hand. It also means that I don’t get thousands of notifications on messages that don’t make sense to me,”

James Omondi another Whatsapp user says the move will enable important messages sent in groups to stay pinned on top the group page for longer and members can easily access them rather than wading through thousands of irrelevant conversations.

However, there some users feel the move by the messaging app turns it into a broadcast app and would kill two-way communication people have on the app. “I feel the new feature does not give opportunity for people to have proper conversation. Sometimes we need to share ideas in the groups. The fact that for someone to post you have to make them an admin makes it tedious,” says Boaz Otieno. He adds that messaging apps are always seen as avenues for freedom of speech and locking people negates the whole aspect of being social.

Whatsapp has been the introducing a number of changes to its app. recently it announced that it was looking to improve group chats as well as improved admin controls.

Over the years, Whatsapp has evolved into a key message service for users. According to Nendo, a digital startegy, research and training agency, there are over 12 million users in Kenya. Whatsapp is followed by Facebook which has over 7 million users.