If you thought Red Bull is the world’s tastiest energy drink, then you have not tasted KABISA 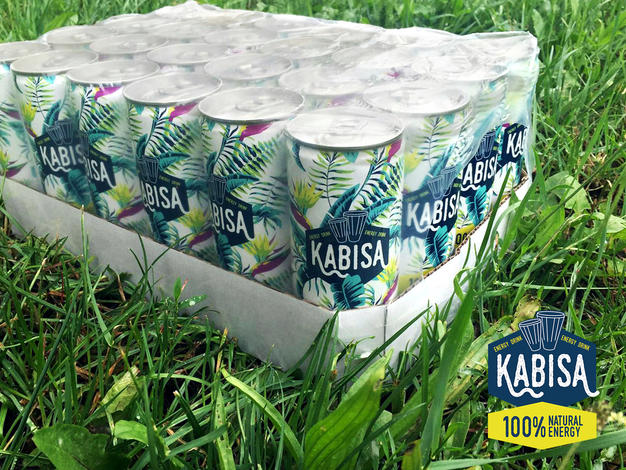 Red Bull, sold by an Austrian company Red Bull GmbH, is feted as the world’s number one energy drink. It boasts of a global brand market share of about 43 per cent and rakes in approximately US$ 6.6 billion in sales revenue yearly according to Forbes magazine.

Now visualise a fresh energy drink that is both affordable and tastier than Red Bull. Also think of a beverage that is custom- made for the African market. Put all that together and you will have KABISA, the newest energy drink in the local beverage market.

“KABISA is an innovative beverage that is specially designed and produced with Africans in mind,” says Tomasz Nowowieyski, former of Africa Internet Group — which currently operates under the Jumia brand, and CEO of Mutalo Group, the manufacturer of KABISA energy drink.

“It is enough to look at the design of the can to see that there is something really puzzling about it,” says an enthusiastic and energetic looking Nowowieyski. Its unique taste, he adds, will keep you energized enough to spend the rest of the day with a smile on your face.

According to the CEO, Mutalo Group, headquartered in Poland, has spent great deal of time creating production facilities, searching for potential distributors and best distribution channels, and coming up with a marketing strategy for its products, which range from soft drinks to cosmetics.

The company is currently gearing up for the official launch of KABISA energy drink in Africa. Nowowieyski says what they have been doing so far is to create a buzz before the launch, so that people can familiarise themselves with the product and the company’s vision.

To this end, Mutalo Group has introduced KABISA in Angola, Burkina Faso, Namibia, Seychelles, and most recently in Kenya and Uganda and plans to expand into other African countries including Rwanda and Malawi.

Having previously spent three years in Africa — where they were building a foundation for the Rocket Internet Group (AIG), one of the largest e-commerce platforms in the region, Nowowieyski says they became deeply familiar with the realities of the African economy.

Africa, Nowowieyski says, is presently the fastest-growing content on earth and is seen by many as the next business horizon for Fast-Moving Consumer Goods (FMCG).

Indeed, Africa’s FMCG industry has become increasingly attractive to the multinational players, a trend that experts argue is as a result of the rapid population growth, positive demographic developments, increasing urbanisation and higher disposable incomes in the largely underdeveloped local beverage industry.

The continent’s economy as a whole is on high-speed growth momentum. For the past twenty years, the centre of the global economy has been shifting from the developed to the developing world.

“Today, growth rates in developing economies are many times higher than in developed economies” says Nowowieyski.

In 2016 alone, he adds, Sub-Saharan Africa’s GDP is expected to grow at 4.5 per cent, making it the fastest-growing economic zone in the world. Its percentage share of the global GDP is projected to increase from 1.4 per cent to 4 per cent in the next five years.

“We are here to help the Africans benefit from this shift,” says Nowowieyski. “Our flagship product, KABISA energy drink, is just one of the offers that we have in store for Africa. Already in the pipeline are other soft drinks and cosmetics.”

Already in this market are global FMCG and beverage companies like Red Bull, Coca-Cola, PepsiCo, Ulilever, Nestle, Kellog, to mention a few. The competition is brutal, but Nowowiejsk is not shaken a bit by the giants, and here is why.

“Whereas the international giants in Africa use the same packaging, pricing and marketing strategies that are replicated all over the world, we don’t,” says the Mutalo Group chief.

He is of the view that the multinationals that came before them don’t seem to understand that Africa is unique and has different needs. They do, and that is why they are here.

Also, he adds, African beverage markets have a tendency to be bi-polarized, whereby you have cheap and low quality drinks on one hand and high quality drinks with ridiculously high prices on the other. There is hardly anything in between, and that is where KABISA comes in.

“We target customers who want to have proper value for their money. KABISA is not just a product with superior quality, but it is also very affordable. Its price is on average 70 to 80 per cent of that of Red Bull,” says Nowowieyski.

Their price was informed by both experience and market research.

“When I was in Kenya, I noticed there was a growing number of people who were eager to spent a little bit more on basic products, in order to avoid low quality beverages,” says Nowowieyski, adding that Kenyans often have to choose between the cheapest and the most expensive ones.

KABISA therefore comes as the best alternative between the cheapest and the most expensive beverages in the local market.

Why African airlines are struggling to make profit