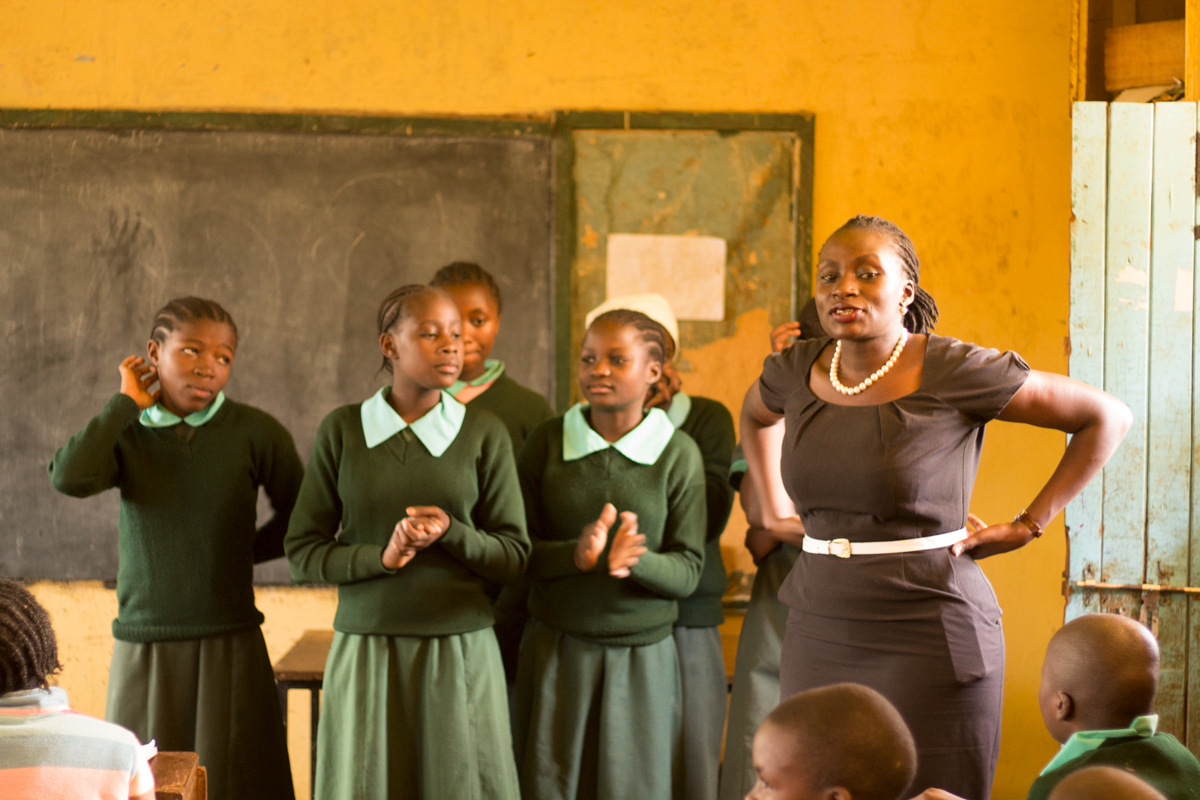 You’re likely to fall in one of these groups of people: Few who make things happen, scores who see things happening, and myriads that have no idea what is happening. But Peggy Peggy, 27-year-old Harvard graduate, chose to be in the first group. She is making things happen.

At Harvard, she took up a Bachelor’s degree course in Chemistry and East Asian Studies, courtesy of the programme, which provides university scholarships to academically gifted but financially disadvantaged African girls to pursue quality education in top foreign institutions.

During her second summer, Peggy says she travelled to Tanzania to volunteer in one of the country’s public schools.

It was while teaching in this school that she witnessed the many challenges children faced in their bid to acquire education.

“The teacher student ratios were imbalanced. It was desirable that the government employed more teachers and built more classrooms to accommodate the ballooning numbers,” she recalls, saying it is from this setting that she felt urged to intervene.

“The shortage of teachers in primary and secondary schools since the inception of free primary education in Kenya (in 2003) is alarming. Most public schools record a ratio of 85:1, which is much higher compared to the 42:1 set as international standards,” Prof Kaimenyi said.

Such startling data, according to Peggy, moved her to start the organisation.

Coined from the acronym PACE, meaning Promoting Access to Community Education, the organisation seeks to address the staggering shortage of teachers by recruiting motivated high school graduates, training them and deploying them to work as volunteer teaching assistants during their pre-university breaks.

After inception, in 2013, the organisation received 63 applications from volunteers during the first cycle. Of the applicants, 24 were trained through the assistance of tutors from Teacher Advisory Centers (TAC) and sent to four schools within Nairobi.

Three months later, this first class of volunteers had covered 1721 hours of service and introduced hockey, drama and reading clubs in the selected schools.

To facilitate the programme, Peggy says, the volunteers work in grading, mentoring, tutoring, substitute teaching and management of extracurricular activities.

“But each teaching assistant commits to a minimum of 15 hours per week for a period of six months, about two terms of the school calendar,” says Peggy.

On its part, the programme supports the volunteers with stipends raised from local and international supporters. This move has given the organisation foothold in various schools it operates since the financial burden is not borne by the institutions.

Peggy cites the Promising Project award at the Dell Social Innovation Challenge in May 2013 as one of the organisation’s biggest breaks.

The Dell Social Innovation Challenge, an annual competition, which identifies and supports promising young social innovators who dedicate themselves to solving world’s most pressing challenges with transformative ideas, not only gave the organization a global exposure, but also recognized the team’s efforts in filling gaps in the education sector.

During the month PACE was awarded, the second class of teaching assistants it trained recorded 2929 hours of service in the various selected under-privileged Nairobi schools.

It was also legally incorporated as a Non-Government Organization (NGO) in Kenya, two months later.

In September 2013, the organization featured at the Clinton Global Initiative in New York, an initiative of the Clinton’s Foundation, for being an exemplary innovator making a difference in the world.

The organization’s efforts also won a first place at the Harvard Graduate School of Education Bridge Pitch competition between January and March 2014, and featured as finalist during the inaugural Transform Kenya Awards.

“We are glad we’ve come this far and the world watches our moves in this journey. Our greatest joy comes when we positively impact the under-privileged lives in society,” Peggy says.

The 27-year-old says PACE has so far partnered with 25 schools across four counties, and intends to roll out its services to more counties in the next few months.

More volunteers have also come on board and about 100,000 hours of documented community service have been registered. The dedication and commitment by the volunteers has also resulted in improved grades and mean scores among primary school pupils, she adds.

Surprisingly, the CEO is unperturbed by a directive by Education CS Fred Matiang’i that all teachers must be certified by the regulator, Teachers Service Commission, before teaching in classrooms- beginning 2017.

“I support the CS’ directive for it aims at standardising education systems in the country. What we’re doing is much more. We’re offering help where government needs it most, that is assisting the few employed teachers handle many pupils in classes.”

Peggy hopes to be more compassionate about the under-served pupils and attract more people with similar vision into driving this agenda forward.

Land locked Uganda positions itself as a regional logistics hub