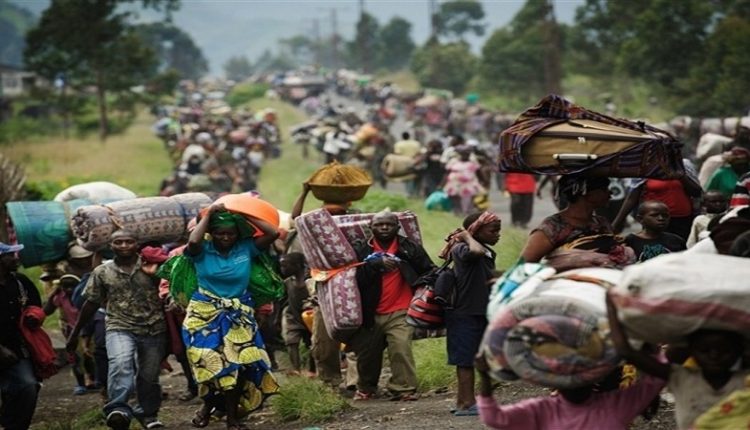 The Democratic Republic of the Congo (DRC) is the world’s most neglected displacement crisis according to the Norwegian Refugee Council’s (NRC) annual list, due to overwhelming needs and an acute lack of funding, as well as media and diplomatic inattention.

“DR Congo is one of the worst humanitarian crises of the 21st century. A lethal combination of spiralling violence, record hunger levels and total neglect has ignited a mega-crisis that warrants a mega-response. But instead, millions of families on the brink of the abyss seem to be forgotten by the outside world and are left shut off from any support lifeline,” said NRC’s Secretary General, Jan Egeland, who launched the report today from Goma, eastern DR Congo.

Multiple conflicts in eastern parts of the country have escalated, forcing 6,000 people to flee their homes every day last year, making it the crisis with the largest number of new displacements due to conflict in the world.

Last weekend nearly 4,500 homes were destroyed when a volcano erupted outside Goma, sparking some short-lived media interest. “The Congolese are struck by a crisis of volcanic dimensions every single day due to violence and conflict. Sadly, when there is no volcanic eruption, the thousands that flee their homes each day goes unnoticed,” Egeland said. “They do not make headlines, they seldom receive high-level donor visits and are never prioritized by international diplomacy,” he added.

The top ten most forgotten crises

“The Covid-19 pandemic has caused millions of people who were already struggling to survive in neglected crises to fall even further behind. The little income they had is often gone, needs are skyrocketing and funding continues to dry up,” Egeland warned.

For the first time this century, the global humanitarian appeals to support aid operations were less than 50 per cent funded last year. In some of the neglected crises only a third of what was needed was received, even for lifesaving relief. This year, the aid appeal for DR Congo is only 12 per cent funded by the end of May.

“We cannot continue to allow millions of displaced Congolese people to suffer in the shadows. A collective, shared responsibility must be revived to put an end to the misery of millions once and for all,” Egeland said.