‘Gender Mainstreaming Should Start With And Within The Media’ 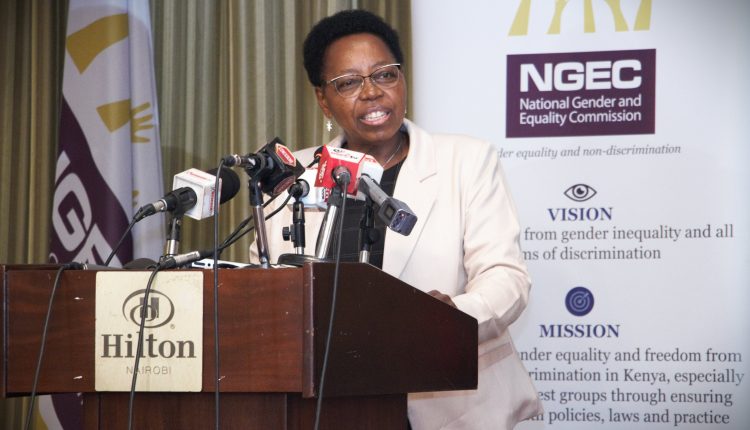 The media is the most powerful entity in the world. In its hands, it has the power to turn masses to be what it wants them to be.

From traditional legacy media to online media; media hugely influences our perceptions and ideas about the role of girls and women in society and gender mainstreaming. Women are frequently portrayed in stereotypical and hyper-sexualized roles in advertising and the film industry, which has long-term social consequences.

Over the years, concerns on media and gender issues have varied from:

Women and girls are even more susceptible during an election period in any country or state.

With this in mind, The National Gender and Equality Commission (NGEC) convened a High-Level Roundtable, geared towards enhancing gender-responsive reporting during the August 2022 campaigns and the general elections, with the Kenya Editors’ Guild and the Media Council of Kenya.

The Media Council of Kenya’s Code of Conduct for the Practice of Journalism In Kenya calls for Gender Non-discrimination; women and men shall be treated equally as news sources and news subjects. 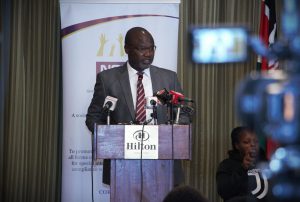 The key speakers sensitized the tremendous influence media and media houses carry when it comes to understanding and spreading of information. Each called on creation of a rapport with and within the media to create awareness as well as eliminate stereotypes.

Safety of journalists while in line of duty has sparked interest among the professionals. A report by UNESCO between year 2006-to-date indicates that at least four journalists are killed while on duty. Article 35 however, seeks to protect journalists.

Gender Mainstreaming is a globally accepted strategy for promoting gender equality. It involves ensuring that gender perspectives and attention to the goal of gender equality are central to all activities.

More often than not, most women are portrayed as victims in any story or setting. Judie Kaberia, Executive Director, Association of Media Women In Kenya (AMWIK) however called for media houses and practitioners to look at women as victors and resilient, and portray them as such. She also noted that journalists writing women topics face intense backlash.

She also called upon media houses without stand alone gender policies to liase with the NGEC to put the policies in place.

“Some media houses do not have stand alone gender policies. They should come forward as we (NGEC) shall facilitate them to put in place these policies which are in line with the Constitution Of Kenya.”

Less than 30% women are in political reporting due to sexual harassment. It is a big issue and is weaponized against women. Some media houses lack policies against sexual harassment as well as systems that determine how to report and deal with these issues.

Kenya is the leading country in Africa, with sexual harassment cases. Curbing this requires the media and every involved stakeholder to hold those responsible accountable for their actions.

“Where gender rights are violated, we have a duty as media to hold those responsible accountable. Teaching of gender in media schools also needs to be enhanced to ensure that graduates getting into the market are not gender blind,” Churchill Otieno, President, Kenya Editors’ Guild.