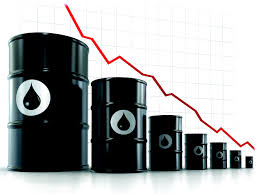 Oil prices have in recent months plummeted to a new 13 year low of $27 a barrel. As much as this signifies joy at the pumps for drivers and possibly lowered costs of common commodities, several macro-economic implications must be observed.

For instance, for markets and industries that rely heavily on the oil exploration, production and marketing chain, this can only mean trouble. Nigeria for instance has declared as Ksh 1.1 trillion deficit thanks to shrinking oil prices. Kenya’s ambitious LAPPSET project may also suffer from shrunken oil profits as a lot of the exploration along the LAPPSET corridor has been suspended due to lowered demand for crude, affecting Foreign direct investment and jobs negatively. This obviously affects the economic gains that Kenya would have experienced thanks to oil exploration in the region.

In Chinese language, the word crisis comprises two symbols, one for danger and another for opportunity. I believe this is significant when we look at how declining oil prices and Kenya’s tech industry are likely to intermesh. Our strong technology sector has so far seemed insular. Its astronomical and exponential growth has been able to endure multiple political shocks, terrorism, a weakening Shilling and sometimes adverse changes in regulation.

Ushahidi, a 2007 tech startup, focuses on the dissipation of ‘crowd-sourced’ crisis information through SMS. It is able to collect, map and disseminate SMS data from various sources to enable law enforcement and emergency response personnel to locate and deal with crisis. What is unique about this startup is that it was formed and immediately flourished in the midst of Kenya’s worst episode of violence and political strife. The resultant effect of this led to the formation of a slew of technology hubs and start ups, creating a new niche that Kenya would become known for Africa-wide. Through the formation of labs such as iHub and M-Lab, Ushahidi’s rise has been responsible for multi-million dollar technology start-ups such as Kopo Kopo, a mobile payments gateway, BRCK, Kenya’s first home-built and designed WiFi device, Ma3Route, a transport data aggregator and M-Farm an online farmers’ market place amongst others. This new league of tech-startups have created thousands of jobs and monetized completely new and unexplored sectors.

M-Pesa, Kenya’s largest mobile transfer service was formed in an environment where formal banking had a penetration rate of just 2.5%. Any other industry trying to penetrate this sector would have struggled. M-Pesa however broke all known barriers to this market, quickly establishing itself as the biggest mobile financial services provider in the world. Analysts estimate that nearly a quarter of Kenya’s GDP runs through M-Pesa. Thousands of jobs have also been created through this platform and its growth has galvanized the growing private sector from various global risks. In one study conducted by HRMARS on the M-Pesa’s effect on the creation of job opportunities, it noted that between 1 and 5 people are employed by M-Pesa outlets and that there was a positive correlation between M-Pesa and the creation of new job opportunities. It also noted the M-Pesa led to the increase of small and informal businesses and the expansion of businesses, making more goods and services available in the market.

In the wake of the changeover of TV broadcasts from analogue signals to digital in early 2015, thousands of brands and advertisers were left with reduced access to the consumers TV had previously provided. In this time other technologically driven entertainment media such as YouTube experienced a 125% growth in the following month. This opened up the field of digital marketing as brands began to focus more of their attention and budgets on Kenya’s digitally engaged across social media platforms and online video streaming services. Digital Marketing as an industry now employs thousands of new professionals known as ‘Digital Natives’ and has led Kenya’s economy into new ‘green fields’ of investment.

All in all, the current crisis caused to economies by the slide of oil prices is likely to benefit Kenya through its adoption of technology. I believe that we are ready for the next innovation that will come out in the midst of this crisis. Watch this space!

Infinix Zero 3 offer a rare mix of art and innovation